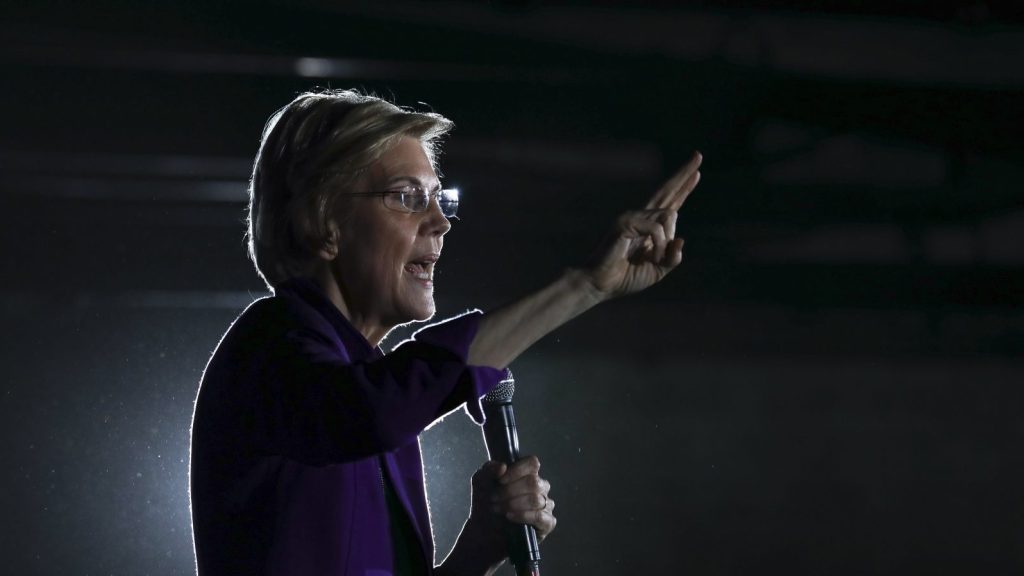 Of all the federal agencies in Trump’s Washington, the Department of Defense might be the one least equipped to dismiss climate change given its obvious danger to the safety of coastal bases and troops. But the military’s tendency to prioritize more immediate threats has been a recurring problem, especially when the current commander in chief believes the scientific consensus around global warming is a hoax.

Among the many congressional Democrats concerned by this lack of progress is Senator Elizabeth Warren, a 2020 presidential candidate and member of the Senate Armed Services Committee. At least six times in the last two years, Warren has asked senior military leaders to acknowledge the threat posed by climate change. None denied the threat, but unsatisfied with the Pentagon’s follow-through, she called on General Joseph Dunford, outgoing chair of the Joint Chiefs of Staff, to more explicitly identify the department’s approach to combating climate change in a letter released on Tuesday .

“This uniformity of opinion among military leaders underscores my concern about the need to act vigorously and expeditiously to mitigate this threat,” she wrote. “Our military is as capable as anyone of leading the way.”

Warren’s letter doesn’t ask the Pentagon to take any specific course of action. Rather the senator wants updates by May 13 from Dunford, who is scheduled to retire in September, on the military’s efforts to combat climate change and shore up the safety of its vulnerable installations.

Since the Obama administration, military leaders have readily acknowledged the dangers of rising seas, wildfires, droughts, and extreme weather — all conditions that are exacerbated by climate change. The Navy, somewhat by necessity, has led on the issue by forming a task force to address the threat and experimenting with ideas like the “Great Green Fleet,” which use alternative fuels to power a series of ships. But once Trump took office, even as the military moved forward with certain initiatives like its plan to confront greater threats in the warming Arctic, the impetus to prioritize these programs decreased considerably. “Tying things to climate change could invite a scrutiny that was undesired,” Rear Admiral Jonathan White, who led the Navy’s climate change task force from 2012 to 2015, told Mother Jonesin December.

Last year’s historic hurricane season devastated two crucial military bases — Camp Lejeune in North Carolina and Tyndall Air Force Base in Florida — and cast a spotlight on the consequences of further inaction by the defense establishment, which has grown weary of contradicting Trump. A year into Trump’s term, Pentagon officials scrubbed nearly two-dozen references to climate change from a draft report and, more recently, submitted a separate report to Congress that left lawmakers furious over a series of startling omissions. Even though Congress required DOD to rank the 10 bases per military service that are most vulnerable thanks to climate change, the report included no such list and left out notable storm-damaged bases like Lejeune and Tyndall. Senator Jack Reed, ranking member of the Senate Armed Services panel, said at the time, “The report reads like [an] introductory primer and carries about as much value as a phonebook.” (The Pentagon eventually redid the report at House Democrats’ request, but lawmakers were unsatisfied by DOD’s repeated decision to omit all Marine Corps bases.)

“The Department of Defense must do more than simply acknowledge or take piecemeal action to address climate change while it increasingly threatens and harms our military’s infrastructure and operations,” Warren wrote. These threats are not just the stuff of hypotheticals. The Marines requested more than $3 billion to rebuild Camp Lejeune while the Air Force has spent hundreds of millions of dollars to renovate Tyndall Air Force Base. If Congress ever agrees to pass a disaster aid package, which has been mired in disagreements over how much money to steer toward Puerto Rico, the Marine Corps and Air Force are due to receive even more hurricane-related funding.

Warren’s letter devotes particular concern to the military’s failure to act on suggestions already made by an independent government watchdog. In November 2017, the Government Accountability Office made six recommendations to the Pentagon regarding the impact of climate change on overseas installations. DOD only concurred with four of the suggestions, but as of last month, had still not acted on any of them. Warren’s request to Dunford includes an update on DOD’s progress toward meeting the standards set by GAO.