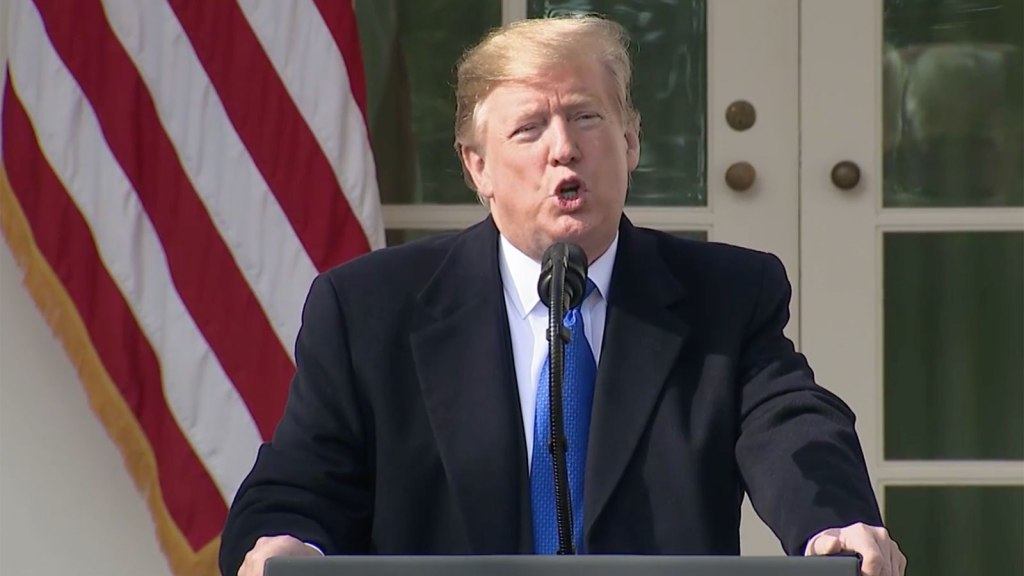 On Friday morning, President Trump declared a national emergency to secure funding for a border wall between the U.S. and Mexico. Opponents of the wall argue the issue does not warrant national emergency status. In usual Trumpian style, the president told journalists exactly what many were already thinking.“I didn’t need to do this,” he said. “But I’d rather do it much faster.” Whoomp, there it is!

The wall isn’t just an expensive political maneuver; its construction poses a threat to Tohono O’odham Nation land and culture, as well as biodiversity, wildlife refuges along the border, and endangered species. Case in point: One study shows that the wall threatens 93 endangered species.

Elected officials and the environmental community came out swinging against the executive order mere minutes after it was announced, promising lawsuits and counter-bills.

The Sierra Club vowed swift legal action against the declaration. “We are repulsed by this unprecedented attack on the borderlands and on our democracy, and we intend to resist it with every tool possible,” the organization’s executive director said in a statement.

The League of Conservation Voters, an organization that keeps tabs on how Congress votes on environmental legislation, called the wall “xenophobic, racist and environmentally destructive” in an emailed statement.

And the National Butterfly Center, home to “the greatest volume and variety of wild, free-flying butterflies in the nation,” has already filed a restraining order to keep federal workers from trampling all over the sanctuary and its delicate inhabitants as they plan out a wall that would cut directly through the property.

On the congressional side, New York Representative Alexandria Ocasio-Cortez announced on Twitter that she plans to introduce a bill with fellow Democrat Joaquin Castro to block the executive order. “[We] aren’t going to let the President declare a fake national emergency without a fight,” she said. House Speaker Nancy Pelosi and Senate Minority Leader Chuck Schumer released a statement calling the order “unlawful.”

Meanwhile, Trump is preparing for battle. “I expect to be sued,” he told reporters. You got that right, buddy!