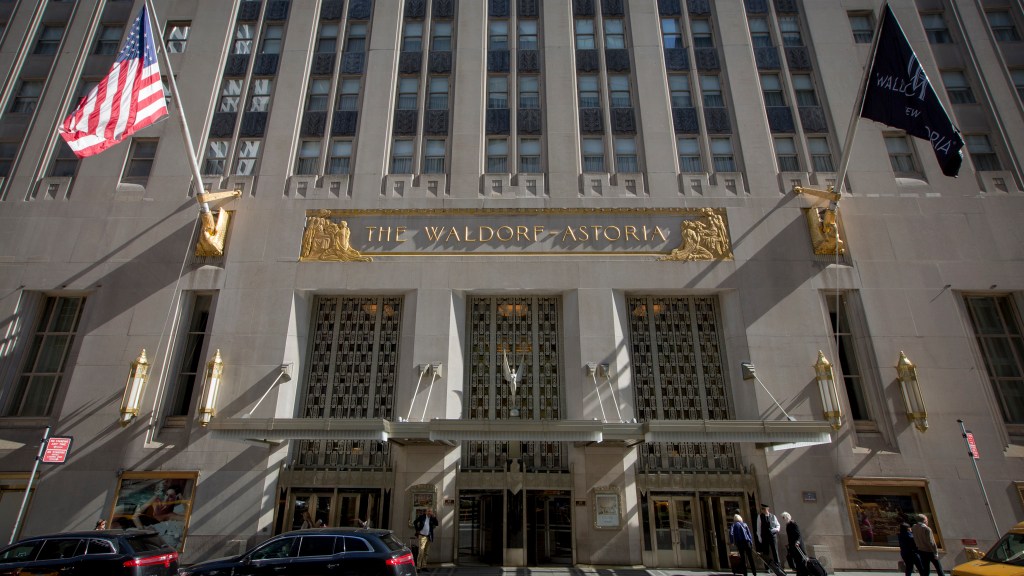 New York’s richest visitors have another reason to pat themselves on their fur-clad backs. Reuters reports that several iconic New York hotels have committed to reducing their carbon footprints:

The famed Waldorf Astoria, The Peninsula New York and The Pierre are among 16 well-known, high-end hotels that committed to reducing greenhouse gas emissions by at least 30 percent in the next ten years, according to the Office of Mayor Bill de Blasio.

Officials said they hope the move by the ritzy hotels, whose reputations are global, will inspire others to follow suit.

“If some of New York’s most iconic hotels can significantly reduce their carbon footprint, anyone can,” said de Blasio in a statement.

Right?! If an 84-year-old hotel famous for its mayonnaise salad can go green, so can you.

The hotels will likely retrofit with more efficient temperature-control systems, as well as install updated lighting and add insulation, according to Reuters. NYC’s buildings account for 75 percent of its emissions, according to the city, and efforts from these 16 hotels alone could lead to a reduction in greenhouse gas emissions by 32,000 metric tons. The move is part of the NYC Carbon Challenge, a citywide plan to reduce carbon emissions by 80 percent by 2050.

Want to join the effort? You don’t have to live in New York — or stay at the Waldorf — to reduce your residence’s carbon footprint. Here’s how: