Why FEMA isn't prepared for the next major U.S. disaster 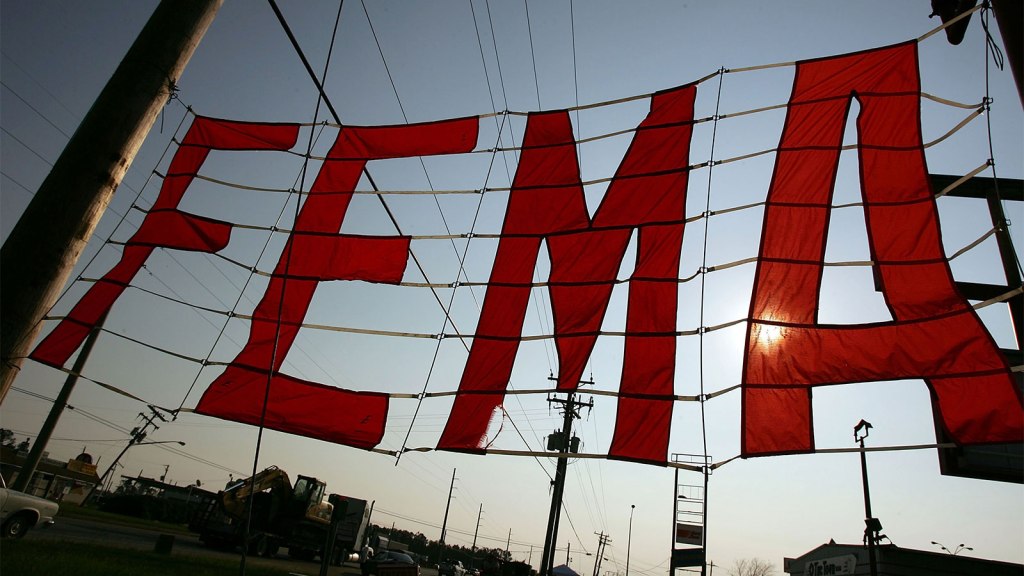 Why FEMA isn’t prepared for the next major U.S. disaster

According to every climate prediction model, our rapidly warming world is slated to experience more frequent and severe weather-related disasters. But according to a new investigation from E&E News, the Federal Emergency Management Agency is woefully unprepared for future catastrophes after misspending billions of dollars and countless hours of staff time on relatively minor disaster recovery efforts.

FEMA workers are an important resource for states in the wake of a disaster. They do everything from rescuing survivors to coordinating recovery efforts to providing emergency food and shelter. But they’re not for every occasion: The agency is only supposed to step in and supplement recovery efforts only when a disaster exceeds a state’s ability to cope. But according to the E&E article, FEMA tied up many of its key staffers’ time by responding to small-scale disasters such as undersized floods, storms and other events that states had the ability to bankroll themselves.

The total cost of that unnecessary aid? $3 billion.

For example, after July floods hit West Virginia — a state that was amassing over a billion dollars in budget surplus — FEMA not only staffed centers for residents to get emergency aid but provided 469 grants while the centers were open. And in 2017, FEMA responded to storms in Oklahoma that amounted to about $5 million in damage, while the state had over $450 million budget surplus.

FEMA helping out states hit by minor incidents may not sound like a terrible thing, but as a result of the misspending, E&E found that the agency failed to properly respond to the needs of communities hard-hit by major disasters, including Hurricane Maria. When Maria pummeled Puerto Rico two years ago FEMA was really not prepared. The U.S. territory’s disaster assistance progressed at a glacial pace, with the island not getting its first recovery center until Oct. 21, 2017 — a month after the hurricane, according to E&E News.

“FEMA is dying a death by 1,000 cuts,” Brock Long, former FEMA administrator, told E&E News. Long says that prior to Harvey, the agency already didn’t have enough emergency response staff to deploy. “We were out in the field staffing too many small to medium disasters.”

Making matters worse, when governors (often) overestimate the costs of their states’ disaster recovery and get more FEMA funds than they need, there are no consequences.

The good news (and I use the word “good” loosely) is FEMA knows it has a problem. Last year, FEMA acknowledged that its disaster workforce “is historically over-committed to smaller disasters,” ultimately shrinking the agency’s capacity to prepare and respond to catastrophes.

In an effort to tackle this, FEMA administrators said they wanted to function as more of a block-grant agency, meaning it would be forced to prioritize disaster responses within a fixed budget. The agency also announced that rather than deploy its own staff for all disasters, it would reimburse states for minor disaster recovery — meaning states would need to buff up their own emergency response teams rather than relying on the federal agency to spearhead efforts.

“FEMA has implemented and continues to explore opportunities to work with states to ensure effective delivery of response and recovery programs,” the agency said in an emailed statement to Grist. “Ultimately, FEMA delivers critical services to ensure disasters are to the maximum extent locally executed, state managed and federally supported. Since 2016, the Nation has experienced a historic pace of concurrent and complex disasters, often with extensive impacts that drive the overwhelming majority of staffing deployments.”

But according to E&E, that policy has largely failed. FEMA is now facing a major staffing shortage at a time when the hurricane and wildfire seasons are about to hit their peaks. The agency currently has about 3,600 available emergency workers compared to about 6,000 at the same time two years ago — just before Hurricane Harvey hit. According to E&E, nearly three-quarters of the agency’s disaster workforce is currently tied up — meaning they are either assigned other disasters or on vacation.

“I cannot continue to send staff out to do every disaster for $2 million,” said former FEMA administrator Long during Senate hearings last year. “The nation needs me to be ready to go for the Marias and the Harveys and Irmas.”