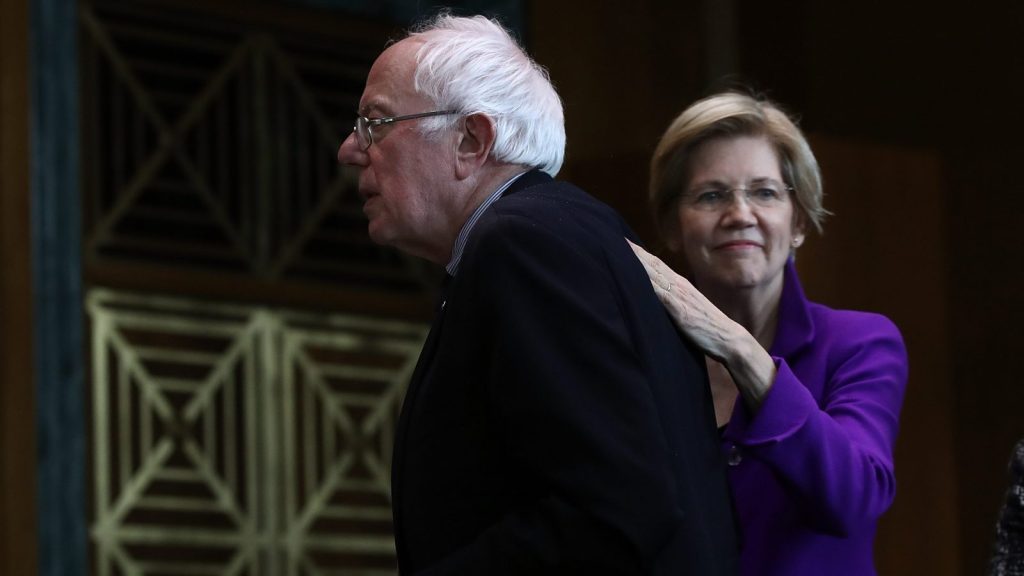 New York Representative Alexandria Ocasio-Cortez and Massachusetts Senator Ed Markey released their non-binding Green New Deal resolution Thursday morning; it outlines a vision of the future that’s a lot different from the one we’re in.

We’re talkin’ universal healthcare, a federal jobs guarantee, a transition to clean energy in a matter of decades, and more, much more. It’s a lot — and would have a tough slog becoming law in this Congress. House Speaker Nancy Pelosi has already labeled the ambitious proposal “a suggestion.”

But the vague scope of the deal is intended to be a feature, not a bug. Believe it or not, the policies that would make up a Green New Deal aren’t actually meant to pass Congress just yet. Gasp! No really, welcome to politics. The resolution serves up two big questions: The less central one is, can House Democrats rally behind this ambitious climate proposal?

Remember, Pelosi isn’t running for president, and if this deal ever comes to the table, its proponents are banking on a new president in the White House and Democratic leadership in both houses of Congress. Which brings us to the main question: Can 2020 Democrats throw their support behind this level of bold climate action?

What’s included in Thursday’s proposal is just as important as what’s left out, particularly when it comes to getting presidential candidates on board. The resolution doesn’t exclude a price on carbon — an emissions-reducing mechanism favored by liberals and some conservatives — nor is there a strict definition of what “100 percent renewable energy” means. So someone like Cory Booker, a 2020 presidential candidate who happens to support nuclear energy, can comfortably put his name down as a cosigner of the new resolution.

With heavyweights like Warren and Harris on board, it’s becoming clear that a progressive Green New Deal will likely be a central tenet of any Democrat’s 2020 agenda. “We’re going to press all elected officials, especially 2020 contenders, to support this resolution. Where they stand on the resolution will make it clear who is using the Green New Deal as a buzzword and who is serious about transforming our economy in line with what science and justice demand,” Stephen O’Hanlon, communications director of the youth-led climate advocacy group Sunrise Movement said in an emailed statement.

For the likes of Gillibrand and Booker, signing on now is a quick way to make inroads with parts of the Democratic base. For Warren and Sanders, this proposal is catnip for their supporters.

So what all are these candidates putting their names on? Even taking vague language into account, there are a lot of ambitious elements in the resolution:

As you can see, this isn’t your run-of-the-mill resolution. We’ll see how many of these ambitious plot points survive the journey through the Washington machine.