Frackers are sending sludge to the Mitten State 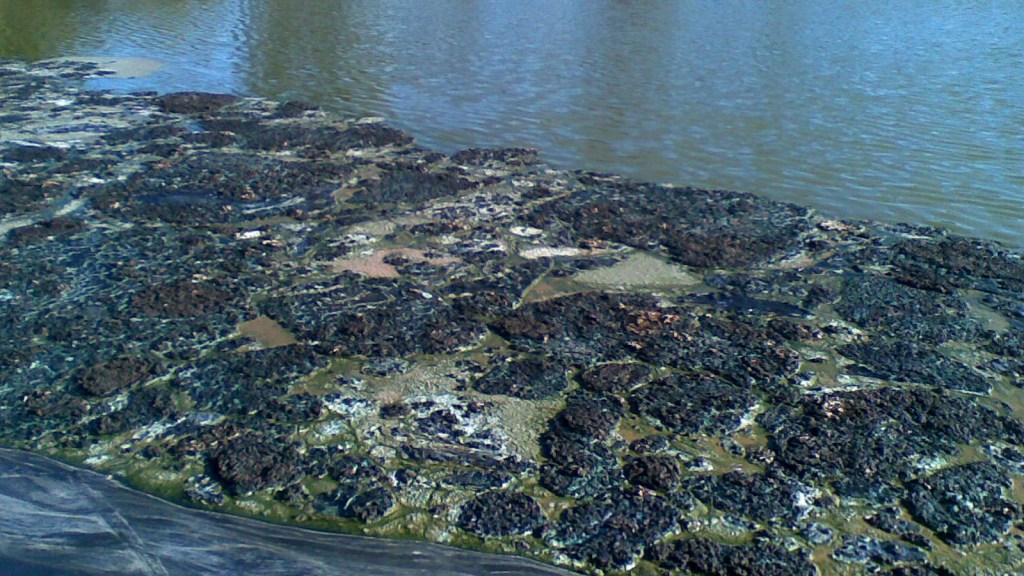 Frackers are sending sludge to the Mitten State

About a week ago, LuAnne Kozma got an email from a friend. “Have you seen this?” the friend wrote. It was the sort of message that usually accompanies, say, an animated GIF of a pug dancing with a vacuum cleaner. But in this case it was an article from the Observer-Reporter, a newspaper in Pennsylvania. “Drilling Sludge to be Shipped to Michigan,” the title read.

The article was about some leftover fracking sludge that had been hanging out in Pennsylvania. Back in 2002, the state, concerned that people were dumping radioactive medical waste, equipped all the state’s landfills with radiation detectors. Since then, deliveries of sludge and drill cuttings from the Marcellus Shale had been triggering the alarms several hundred times a year.

While low levels of radiation are common in fracking waste (and in the world at large), the Marcellus Shale does have more radium than your average geological formation. Back in 2011, the Pennsylvania Department of Environmental Quality (DEQ) banned wastewater treatment plants from accepting any water used to frack the Marcellus Shale, which the plants routinely did at the time. Months later, the DEQ reported it was still finding elevated radium levels downstream from the plants.

Now, the radioactive sludge that was being turned away by Pennsylvania was on its way to Michigan, home to 84 percent of the country’s aboveground freshwater supply. LuAnne Kozma began to do some digging. She had begun studying up on and organizing against Michigan’s nascent fracking boom two years ago, after hearing ominous stories from family in New Jersey. This was a new wrinkle.

The sludge, it turned out, was the property of Range Resources, a company that prided itself on “pioneering the Marcellus Shale play” but that was having trouble getting rid of the byproducts. It had also had shipments blocked in West Virginia. The landfill in Michigan, Wayne Disposal, was one of only two landfills in America that could take waste with that level of radioactivity. (The other one is in Grand View, Idaho.)

Curious to find out more about what was going to happen to this waste, Kozma called Wayne Disposal. But Wayne Disposal told her it only talked to people with hazardous waste to dispose of — i.e., “clients.” So she called the Michigan Department of Environmental Quality, where the man who answered the phone said that he wasn’t aware of any new shipments of radioactive sludge coming in to Wayne Disposal.

“What do you mean ‘new?'” said Kozma. “How many shipments do you know about?”

The connection wasn’t great, so she couldn’t tell if he said “a thousand,” or “thousands.”

Right now, no one in Michigan is exactly sure when the sludge will arrive. If the number of shipments really is in the thousands, pinpointing the moment of precise sludge arrival is kind of irrelevant. After an article published in the Detroit Free Press brought the story to a wider audience, Democrats in the Michigan state senate began circulating a petition asking the governor to ban the sludge.

Kozma, in the meantime, is part of a network of volunteers who are keeping an eye out for any suspicious shipments headed for Wayne Disposal. “I literally have my car packed and ready to go,” she said, in an interview.

“Drill cuttings, mud, sludge — we don’t want any of it coming here. I’m not saying that we wish this on other people. Pennsylvania has enough to deal with. My hope is that, if it doesn’t have a place to go, that this will stop.”