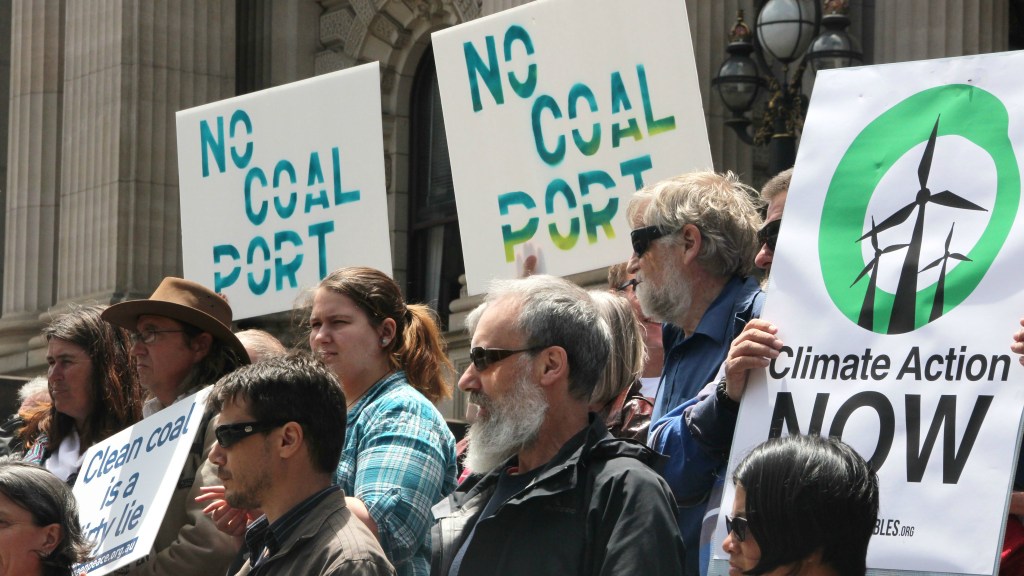 In a blow to the struggling U.S. coal industry, yet another proposed coal export terminal on the West Coast has been turned down. “Oregon has rejected Ambre Energy’s plan for barging coal down the Columbia River to be exported to China, the fourth Northwest shipment terminal project to bite the dust,” reports the Seattle Post-Intelligencer. “The denial of a dock permit by the Oregon Department of State Lands leaves just two proposals on the table, the Gateway Pacific Terminal at Cherry Point north of Bellingham, [Wash.,] and the Millennium Terminal at Longview, [Wash.,] on the Columbia River.”

Domestic coal consumption is declining, but the Obama administration continues to lease federal lands in the Intermountain West for coal mining at below market rates. Eager to dump this product on the global market, coal companies have sought to build terminals in the Pacific Northwest to ship coal to the developing economies in Asia.

The coal industry is used to dominating the politics of states where coal is mined, such as West Virginia and Kentucky. But it is finding the climate quite different in more liberal West Coast states. Coalitions of Native American tribes, environmentalists, and other concerned citizens have organized to defeat proposed coal terminals, despite the industry’s well-funded campaigns. The Seattle P-I writes:

What developers did not foresee was emergence of a big popular movement against the proposed coal ports, with worries ranging from transportation tie ups to greenhouse gas emissions in China.

Nearly 2,500 people showed up in Seattle for a “scoping” hearing on Cherry Point, 90-plus percent opposed to the project. Indian tribes have given a thumbs down. Oregon Gov. John Kitzhaber has taken an emphatic stand against coal ports.

The U.S. coal industry is hoping to find salvation in Asian markets, but that continues to look less likely, even aside from problems building coal-export terminals. The Chinese government, responding to its own citizens’ concerns over smog and climate change, announced earlier this month that it will ban all coal use in Beijing by 2020. And in June, just after the Obama administration unveiled its latest power-plant rules, China announced that it plans to impose a cap on greenhouse gas emissions. Even in an authoritarian country where economic growth is a top priority, the coal industry is finding that citizens and their government prefer to be free of the air and climate pollution that coal causes.