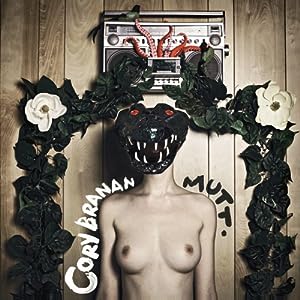 Cory Branan is hard to pigeonhole, which is probably why he’s labored in obscurity for so long. He’s a singer-songwriter, but his mix of pathos, humor, and musical variety — the closest parallel probably being Branan’s hero John Prine — isn’t exactly built for radio.

The good news (though probably not for his career) is that Branan hasn’t exactly crafted a bid for mainstream success. As the title indicates, the style remains a stew of alt country, rock, folk, and swing. The lyrics are still finely observed and slightly askew, equal parts funny and poignant. There are enough odd choices and left turns here to prevent this from going down smoothly with the Starbucks crowd, but then, I’m not sure who the audience is supposed to be. Me, I guess! Cause I dig it.

Here’s the first song on the record, “The Corner,” which is the most conventionally alt-country, highly reminiscent of Jay Farrar and Uncle Tupelo:

Radiohead and 350.org: Mood music for a climate movement?