From AOC to Greta Thunberg, it's about TIME they highlighted some climate influencers 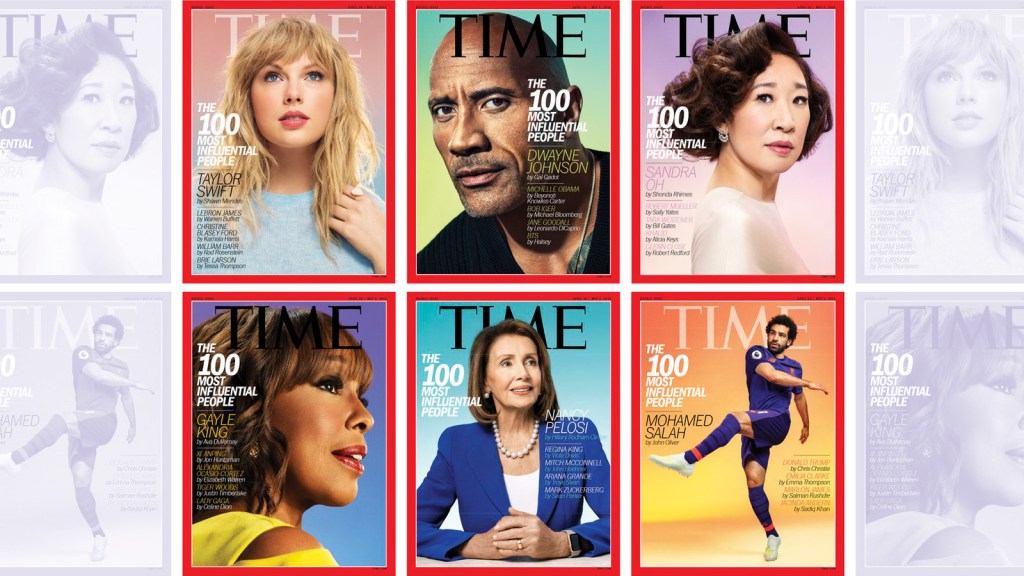 From AOC to Greta Thunberg, it’s about TIME they highlighted some climate influencers

House speaker Nancy Pelosi, Korean boy-band BTS, Egyptian soccer player Mohamed Salah, and Christine Blasey Ford were just some of the individuals selected for this year’s edition of TIME 100, the magazine’s annual list of the most influential people around the planet.

The list always includes a mix of media personalities, activists, athletes, politicians, and artists who have made a difference. And as with previous years, TIME tasked other bigwigs to write about the 100 people who made the list.

And while this year, anti-environmentalists and climate change deniers such as Donald Trump and Jair Bolsonaro were among those listed, a handful stood out as outspoken environmental leaders:

Greta Thunberg, a 16-year-old climate activist, sparked a worldwide youth climate movement by playing hooky every Friday since last August to protest outside Sweden’s Parliament building. Earlier this year, she was also nominated for the Nobel Peace Prize for her continuous efforts to call on global leaders to act on climate change.

Emma González, the co-founder of March for Our Lives, wrote in the magazine that Thunberg “saw her power in us, and we in turn see our power in her. Climate change is our reality, and youth activists like Greta are doing everything within their power to work against it, and demand a change.”

Representative Alexandria Ocasio-Cortez is the political force behind the Green New Deal, which proposes an economy-wide transformation that links renewable energy with policies such as universal healthcare and a federal jobs guarantee — attempting to address climate change and inequality at the same time.

Senator Elizabeth Warren of Massachusetts wrote that Ocasio-Cortez “fought back against a rigged system and emerged as a fearless leader in a movement committed to demonstrating what an economy, a planet and a government that works for everyone should look like.”

Jane Goodall, one of the world’s most renowned primatologists, has been at the forefront of the conservation movement for decades. She highlights the relationship between humans and wildlife, and the need to protect animals from threats such as climate change.

Actor Leonardo DiCaprio wrote that Goodall brings “a powerful message to protect the inherent rights of every living creature, to provide hope for future generations and to sound an urgent call against the greatest environmental threat of all—climate change.”

As the chair of the U.N.’s Intergovernmental Panel on Climate Change, Hoesung Lee plays a critical role in influencing world leaders. Since Lee’s appointment, the IPCC has published hard-hitting scientific reports that captured the scope of climate change and what’s needed to prevent the worst impacts.

Ban Ki-moon, the former secretary general of the U.N., wrote that Lee’s “commitment to not only reduce emissions, but simultaneously increase economic opportunities and raise millions of people from poverty, is one of the many reasons why” he is admired.

I’ve met both of these incredible young women recently, and I continue to be inspired as they unapologetically speak truth to power. Keep fighting @Emma4Change & @GretaThunberg like your world depends on it! #Time100 https://t.co/mk2jjQ9ctw

Four climate voices out of a hundred influential people may not seem like a ton, but previous lists typically only included one or two climate leaders.

In 2004, TIME 100 included Bjørn Lomborg, author of The Skeptical Environmentalist, who thought the it would be better and cheaper if the world adapted to climate change rather than cut carbon emissions. In 2007, TIME established the Heroes of the Environment, an annual list of the “most innovative and influential protectors of the planet,” which included Al Gore and Grist’s very own Chip Giller. But the list only lasted until 2009.

While it would be nice to see more about the biggest issue facing humanity on this year’s list, we might see even more climate leaders in the coming years.