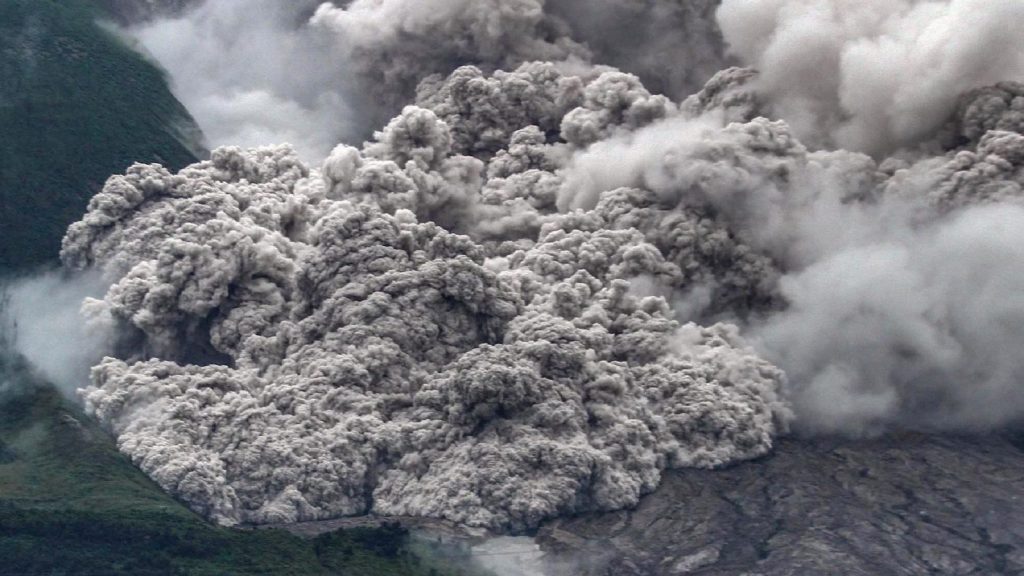 Every country on Earth, save for cough one, has banded together to cut emissions and stop the runaway heating of our only home. That’s nearly 200 countries working to keep the global average temperature from climbing 2 degrees Celsius above pre-Industrial Revolution levels.

Phenomenal. But what if cooperation and emissions reduction aren’t enough? Projections show that even if all those countries hit their Paris Agreement emissions pledges, the world will still get too warm too fast, plunging us into climate chaos. So, if we can’t stop what we’ve set in motion, what if we could just cool the planet off by making it more reflective — more like a disco ball than a baseball?

Actually, we could. It’s called solar geoengineering. Scientists could release materials into the stratosphere that reflect sunlight back into space, kind of like slapping giant sunglasses on Earth. You could theoretically do this with giant space mirrors, but that would require a mountain of R&D and money and materials. More likely, scientists might be able to steal a strategy from Earth itself. When volcanoes erupt, they spew sulfur high in the sky, where the gas turns into an aerosol that blocks sunlight. If scientists added sulfur to the stratosphere manually, that could reflect light away from Earth and help humanity reach its climate goals.

It’s not that simple, though: The massive Tambora eruption of 1815 cooled the Earth so much that Europe suffered the “year without summer,” leading to extreme food shortages. And in a study published Tuesday in the journal Nature, researchers examine a bunch of other ways a blast of sulfur could do more harm than good.

Specifically, the group looked at how sulfur seeding could impact storms in the North Atlantic. They built models showing what would happen if they were to inject sulfur dioxide into the lower stratosphere above either the Northern or Southern Hemisphere, at a rate of 5 million metric tons per year. Sulfur dioxide gas (SO2) is not itself reflective, but up there it reacts with water, picking up oxygen molecules to become sulfate aerosol (SO4) — now that’s reflective. Block out some of the sun, and you block out some of the solar energy.

Now, the Earth’s hemispheres aren’t just divided by a thick line on your globe; they’re actually well-divided by what is essentially a giant updraft. That tends to keep materials like, say, sulfate aerosol, stuck in a given hemisphere. “It goes up and it goes more to the one side where you injected it,” says Simone Tilmes, who studies geoengineering at the National Center for Atmospheric Research and was not involved in the study.

This wall of wind gives you some measure of control. If you were to inject SO2 into the Northern Hemisphere, the models show, you would reduce storm activity in the North Atlantic — probably because the injection would put the tropical jet stream on a collision course with the Atlantic hurricane main development region. Wind shear like that weakens storms as they grow. But inject gas into the Southern Hemisphere and the stream shifts north, increasing storms.

Which all jibes with historical data. In 1912, the Katmai eruption in Alaska spewed 30 cubic kilometers of ash and debris into the atmosphere. What followed was the historical record’s only year without hurricanes.

The potentially good news is that models like these make solar geoengineering a bit more predictable than a volcano eruption. The bad news is not everyone would win. Solar geoengineering in the north would cut precipitation in the semi-arid Sahel in north-central Africa.

What we’re looking at, then, isn’t just a strategy with environmental implications, but humanitarian ones as well. Think about current conflicts over water supplies, especially in the developing world. Now scale that up into conflict over the weather itself. It’s not hard to imagine one part of the world deciding to geoengineer for more water and another part of the world suffering for it. “I therefore think that solar geoengineering is currently too risky to be utilized due to the enormous political friction that it may cause,” says lead author Anthony Jones of the University of Exeter.

What researchers need is way more science, more models, more data, way more of whatever you can get to understand these processes. And they’ll need international guidelines for a technology that could nourish some regions and devastate others — individual nations can’t just make unilateral climate decisions that have global repercussions. “There’s a lot we don’t know and a lot of differences in models,” says Tilmes. “The answer is we really have to look at it more.”

Really, it’s hard to imagine a conundrum of bigger scale. For now, we’ll just have to do what we can with baseball Earth. But perhaps one day we’ll be forced to start building a disco ball, one little mirror at a time.