Just the news you’ve been waiting for: The amount of carbon dioxide in our planet’s atmosphere has reached a new high. April’s average was 413.52 parts per million, a new record, according to a spokesperson at Scripps Institution of Oceanography.

The last time there was this much CO2 in our atmosphere, there were trees growing at the South Pole. Humans weren’t yet a thing. In other words, we’re living in uncharted territory.

The planet’s carbon dioxide levels rise and fall over the course of each year, and usually peak in May when Earth’s vast northern forests spring back to life. (The most widely used measurements are made at the National Oceanic and Atmospheric Administration’s remote observatory at Mauna Loa, Hawaii, to avoid picking up CO2 from nearby cars and plants.) 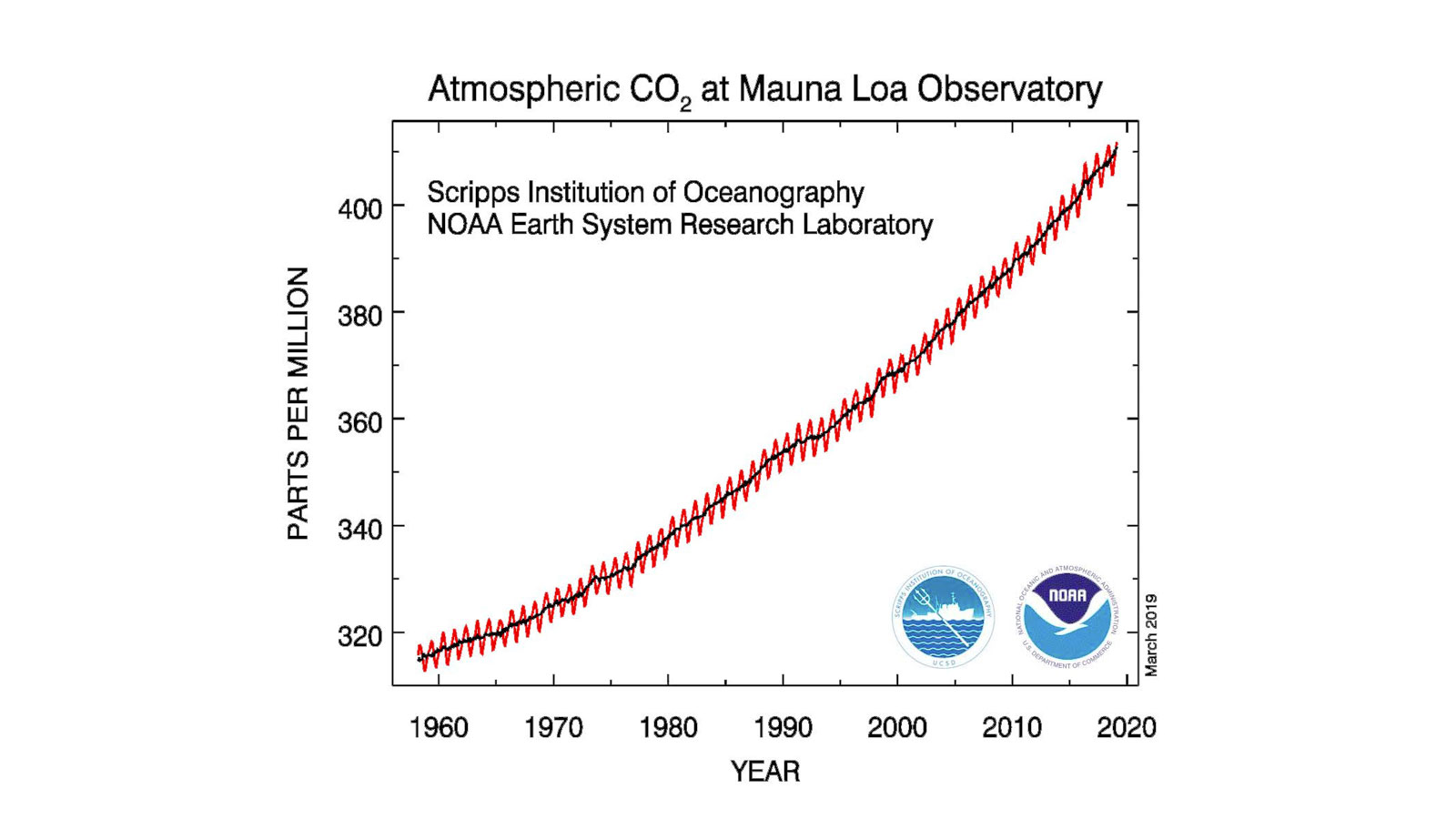 Scientists predict that we could pass the 415 ppm threshold this month. In fact, there was already a false alarm. On Sunday, U.N. Climate Change tweeted that May 3 had passed the 415 ppm milestone, but the claim was based on incomplete data from Scripps’ website.

Since the Industrial Revolution, the amount of carbon dioxide in our atmosphere has increased by more than 45 percent. That’s mostly thanks to the various demands of modern life: gas-guzzling cars, refrigerators, hamburgers, Bitcoin … you name it. Our gizmos and gadgets have largely been powered by the carbon-rich fossil fuels stored in the planet’s underground reservoirs.

Where did all that carbon come from, anyway? Well, it came from a lot of prehistoric dead stuff. Oil, for example, was created from the remains of dead plants, animals, and bacteria that have been compressed and pressure-cooked underground over millions of years. And before you go all “we’re burning the dead dinosaurs,” know this: Some oil deposits are more than 300 million years old, meaning that they actually predate the dinosaurs.

Seems like yesterday that we first hit 410 ppm. (It was actually two years ago, not even a blip on the geologic time scale.) And we’re only speeding up the pace at which we cross new milestones.

“In the last two decades, the rate of increase has been roughly 100 times faster than previous natural increases, such as those that occurred at the end of the last ice age 11,000-17,000 years ago,” according to NOAA.

The last time CO2 levels were this high was 3 million years ago, when the Earth was in the midst of a geological epoch called the Pliocene. Temperatures were 2-4 degrees C (3.6-7.2 degrees F) warmer than today and sea levels 60 feet higher. Guess we’re headed back to the future!

The TL;DR on that report that says we’re killing off everything