The holidays just aren’t complete without a little drama for dessert. And what’s more dramatic than a planet in crisis?

The year is winding down and on course to be the second-hottest year on record. Wildfires raged in Alaska and Australia. One neighborhood in the Florida Keys has been underwater for almost three months straight.

The United Nations recently warned that the targets set by the Paris Agreement in 2015 need to be 5 times stronger if the world is going to avoid some of the worst consequences of a warming planet. So maybe now is the time to broach the subject with your “it’s all a hoax” uncle?

According to a recent poll by market research company Morning Consult, 9 percent of Americans plan to talk about climate change at Thanksgiving this year, while another 13 percent expect someone else to mention it.

Everybody has witnessed a conversation about politics that ended in disaster. But talking with people who refuse to accept the scientific consensus isn’t necessarily destined for failure. People really do change their minds, albeit gradually. An estimated 8 percent of Americans switched to the side of climate science in recent years. One staunch denier from Dallas recently came around after a TV station took him on a trip to visit melting glaciers in Alaska.

It’s not practical (or climate-friendly) to fly all the climate deniers in the United States out to the Alaskan wilderness. So I talked to Emma Frances Bloomfield, the author of Communication Strategies for Engaging Climate Skeptics and an assistant professor of communication studies at the University of Nevada, Las Vegas, to get some tips on how to have a productive conversation.

The good news? Research shows that liberals and conservatives alike shift their opinions about climate change to align with the people closest to them. So when it comes to convincing your family and friends, there’s no one more qualified than you. Just don’t expect instant results.

Ask questions (and listen to the answers)

Nobody wants to be treated like they’ve been living under a rock. “If you enter a conversation from an area where you’re going to patronize someone, you’re already setting yourself up for persuasive failure,” Bloomfield said.

You don’t know the right stories to tell or points to bring up until you understand why the person you’re talking to is resistant to accepting that the world is heating up, Bloomfield said. There’s a wide spectrum from hard-line ostriches to passive “climate bystanders,” so you need to understand where your conversation partner sits on this spectrum. The best way to do that is by asking questions. (The New York Times has an interactive guide where you can test out your difficult-conversation skills with an Angry Uncle Bot.)

Once you’ve mentioned the double-C word, you might be in tricky territory. It’s important to keep coming back to middle-ground topics that both you and your conversation partner care about, Bloomfield said.

“You can say, ‘Hey, by helping the environment, we can make your family safer, we can improve health outcomes in communities, and we can save businesses money in the long term,’” she said. “The environment becomes a means to an end instead of the end itself.”

If you’re starting from square one, try bringing up classic counterpoints before your conversation partner does — and then reframing them from a new perspective. Take a cue from my friend Mark Jackson, who’s had some success wrangling people out of climate denial. He’ll tell people that a 2-degree Celsius rise in temperatures might not sound like much. But, hey, have you ever had a 102-degree fever? You’re alive, but it’s uncomfortable and it sucks.

Katharine Hayhoe, an atmospheric scientist at Texas Tech University, has a helpful YouTube series on how to respond to misconceptions about the climate crisis, like “this is all part of a natural cycle” or “carbon dioxide isn’t a pollutant.” 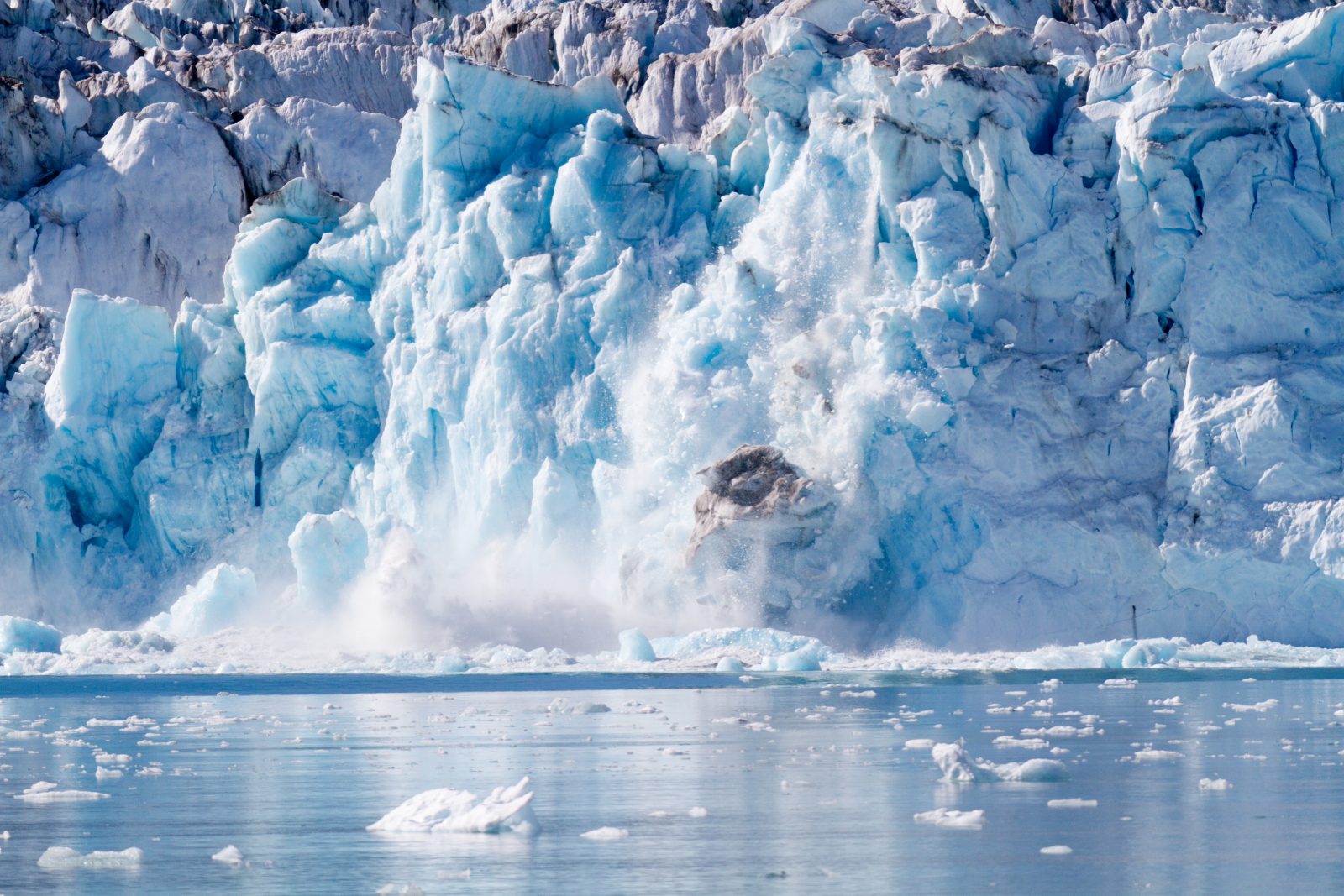 You want to make sure that the conversation (and your friendship) doesn’t end after one conversation. If your discussion partner is unsure who to believe on climate change, Bloomfield recommends asking them to send you articles they’ve been reading. In return, you can send them some reading materials of your own (this cartoon for sure). It’ll get them out of their echo chamber.

The point is to expose people to new perspectives. And there’s nothing more perspective-shaking than seeing melting glaciers firsthand. When Jackson worked as a kayaking guide along the southeastern coast of Alaska in 2016 and 2017, he paddled in the ghost of the retreating Columbia Glacier, one of the fastest-changing in the world. So he felt obligated to bring up the subject on his tours — if not out of a sense of duty, then because tourists asked, “Well, where’s the glacier?” (It’s retreated 12 miles over the past 30 years.)

So, sure, maybe you can’t book an impromptu kayaking trip to Alaska for the family. But maybe you can bring melting glaciers (metaphorically) to them.

When he was working in Alaska, Jackson started bringing up climate change with his parents slowly. He would casually mention when a glacier calved, or recommend they watch the documentary Chasing Ice, which featured Columbia Glacier, so they could see where he worked.

There’s a time and a place for difficult conversations, said Jackson, who grew up in a conservative household in the Midwest where the radio was often tuned to Rush Limbaugh’s show. “I would say that I could not sit with my family and successfully have this conversation at Thanksgiving,” he said.

“If people start out combative,” he said, “then it’s probably not a great idea to engage, because they’re not in the space to hear what you have to say.”

You can’t expect to change someone’s mind with one conversation. But if nothing else, maybe you can help them see that a person who cares about climate change isn’t “the enemy.”

“It goes both ways,” Bloomfield said. When she started interviewing people who dismiss climate science for her research, she assumed that many were likely misinformed, unwilling to listen, or just not that smart. But only a minority of people are really that adamant and loud, she said. Polls back that up: Though only 36 percent of Americans discuss climate change at least occasionally, 60 percent say they’re worried about it, according to the Yale Program on Climate Change Communication.

“Most people are just concerned,” Bloomfield said. “Maybe they don’t know who to believe. Maybe they’re worried about the impact on their business that they own. Listening to them helped me learn about them and where they were coming from, in addition to them learning a little bit more about the kinds of people who are environmentalists.”