Help! There's pesticide on my houseplant 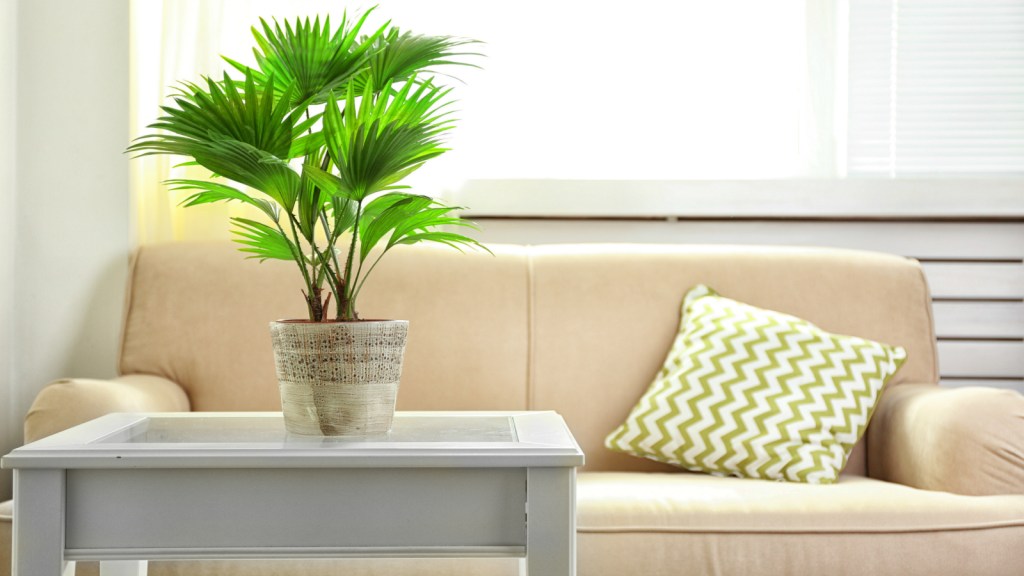 Shutterstock
In the neonic of time

Help! There’s pesticide on my houseplant

I recently bought a palm houseplant at Home Depot and was shocked when I got it home to find it had a tag saying it had been treated with a neonicotinoid pesticide. I thought Home Depot had pledged to stop using this pesticide, but it turns out that they are phasing it out … for another two years. I was going to take it back and read the manager the riot act, but it occurs to me that the plant would just be put back outside for sale. As it is a houseplant and I would not be putting it outside, is it safer for me just to keep it? How long will the pesticide infest the plant? Since I don’t have much of a green thumb, if I eventually need to dispose of it, how do I do that safely?

I can’t help but feel a bit sorry for your houseplant. First it gets treated with a nasty pesticide (against its will, no doubt). Then it finally finds a home, only to have to worry its loving new owner might ship it back to the plant orphanage. Poor little guy.

Yes, I know: Plants don’t really have feelings. But you do, Erin, and I don’t blame you for getting fired up about the poison you unwittingly took home. Neonicotinoids, aka neonics — some of the world’s most popular pesticides — have long been suspected of harming bees. Studies linking them to disrupted bee behavior, infection, and death, plus Colony Collapse Disorder, are piling up. And enough people are concerned about it that big-box stores like Home Depot have committed to phasing them out. At least palm-shoppers two years in the future won’t have to worry about this sort of thing.

But that’s no help to you now, with a neonic-soaked houseplant on your hands. Should it stay or should it go? I have good news: Both options are good ones, for different reasons. So if you’ve formed a bond with this frond, you can keep it; if not, well, you don’t need to feel guilty for returning it.

Let’s look at option one: Keep it. Unfortunately, you can’t just give the plant a good rinse: Neonics are systemic pesticides, which means they’re taken up by a plant’s roots and incorporated into every part of it, from the pollen to the stems to the leaves. And the stuff sticks around — for a loooong time. Exactly how long depends on the specific neonic, plant, and soil type, but the poison can linger for up to three or four years, says Susan E. Kegley, principal and CEO of the Pesticide Research Institute.

Even so, because this plant doesn’t flower (and therefore won’t attract pollinators) and you’re keeping it indoors, it doesn’t pose a risk to your local bees. And it’s probably OK for you, too, unless you’re pregnant or have little ones in the house: Research has also linked neonics to damage to the developing human nervous system. This is more a concern if you’re ingesting contaminated food or water than living with indoor greenery, but it’s good to be careful.

Let’s say you did want to put it outside — or you’re extra-vigilant about what can grow in your home. In that case, it’s a great idea to flush some of the pesticide out. While the plant is still in its pot, “flood water” it by giving it hearty drinks that flow out of the bottom. After seven weeks of watering lavender this way, the Pesticide Research Institute reports, neonic levels dropped to about 10 percent of what they were at the start. Just make sure that the flood water doesn’t drip on any other flowering plants.

Oh, and if your thumb ends up being more black than green, don’t try to compost your dearly departed palm, says Kegley. Traces of neonics could stick around quite a while before fully breaking down, so it’s best to landfill it.

And then there’s option two: Return it. Though Home Depot is working on its phaseout (and props to the company for it), you can urge it to work faster. “If you want to make a statement and push the issue to help protect pollinators, take it back and tell them why,” advises Kegley. Yes, polish off that riot act. “Retail outlets are responding to consumer demand. It’s really important that people make their wishes known, because that’s the way we’re going to make change.”

Then, when shopping for your next plant, seek out organic nurseries and seed companies that explicitly forbid neonics (here’s a list to start with). Encouraging good practices with our dollars is just as important as boycotting bad ones, after all. That way, you’ll have a bee-friendly garden, inside and out.