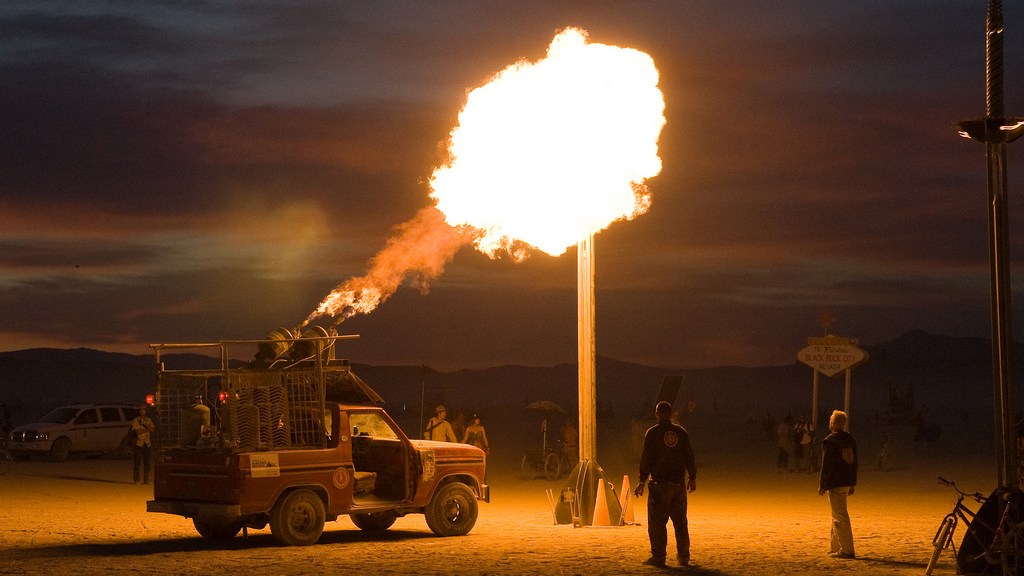 Get ready, folks! The most magical time of year is almost upon us. That’s right: Burning Man.

Lest you mistake me for a tech billionaire with a penchant for fuzzy boots, hula hoops, group showers, and dudes named Dusty Unicorn — au contraire. The reason I love Burning Man is because it’s the time of year when Burners gather up their MDMA and their body paint and commence to building tiny houses out of garbage or whatever it is they do out there in the desert. It’s like all the world’s performance artists get sucked up to Black Rock Heaven and the rest of us get a whole week without hearing about how Burning Man changed your life. Even better — now that Burning Man has become a destination for wealthy brogrammers and venture capitalists instead of old freaks, it’s also the best time of year to visit the city with the highest concentration of Burners: San Francisco. See you soon, SF!

Now, nobody needs a reason to hate Burning Man; it can just be a feeling you have, like the way you hate strawberries or The Wire. But, if you ever need to justify your loathing of the annual pilgrimage to Black Rock City, here’s a great reason: Burning Man is bad for the planet.

This year, 70,000 people will land in Black Rock City (that is, if the apocalyptic bug infestation doesn’t change some minds). That’s 70,000 people who are traveling from all over the world, and they ain’t taking sail boats. Plus there’s the actual burning man, a 100-plus-foot sculpture that is doused with gas and lit up while thousands of white people dance around it. So, just how much carbon does Burning Man burn?

Hard to know exactly, but last year LA Weekly unearthed a 2007 website called Cooling Man, where concerned Burners calculated the carbon footprint of the event. According to Cooling Man:

LA Weekly reported that 0.7 tons is actually double the weekly national average per person. And if we assume that the yield per Burner hasn’t changed enormously since 2006 (although it probably has now that Mark Zuckerberg and his buddies get helicoptered in) and update the numbers to reflect the 2015 crowd estimates, this year’s event will spew a minimum of 49,000 tons of greenhouse gases. How much is that? About the same that the nation of Swaziland (population 1.2 million) produces in a week. I mean, it’s not the Olympics or a presidential race or anything, but it does seems like a lot just to get naked in the desert and talk about your chakras.

Ironically, Burning Man’s single most important tenet, according to every Burner ever, is leave no trace. From BurningMan.com:

Uh huh. While I fully believe Burners are more likely to drive Teslas than your average Texan, Burning Man has come a long way from its nature, and its roots. What was a small, radical gathering of genuine weirdos in 1986 is now just another wealthy man’s getaway. Besides, environmentalism isn’t just about cleaning up after yourself: It’s about your carbon footprint. And Burning Man’s isn’t small. Your art car is still a car, Burners. Think about it.