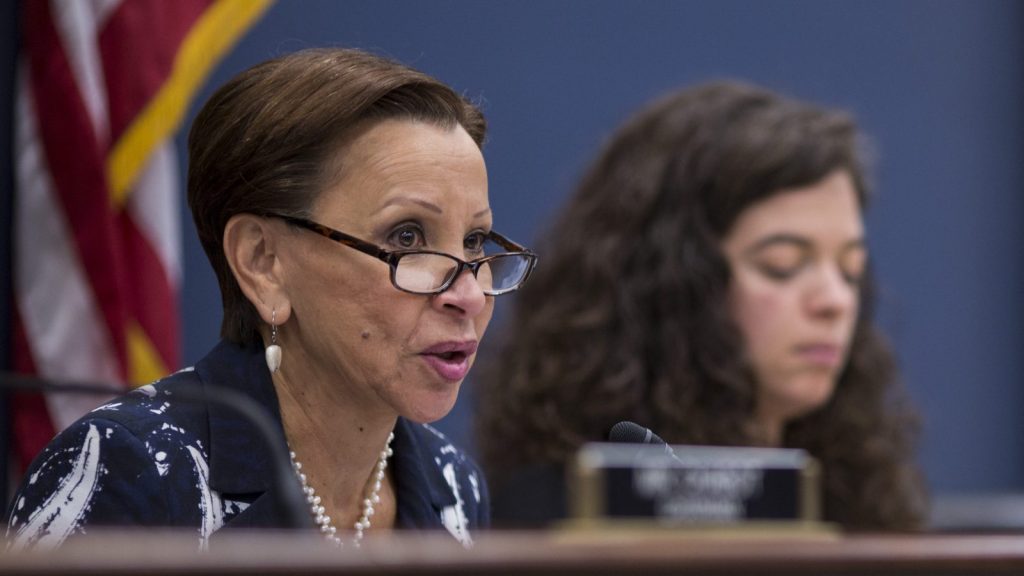 House Democrats are set to introduce the first major piece of legislation to establish protections for migrants displaced by climate change, ramping up a push for a long-overdue framework for how the United States should respond to a crisis already unfolding on its shores.

The bill, called the Climate Displaced Persons Act, would create a federal program separate from the existing refugee program to take in a minimum of 50,000 climate migrants starting next year.

The legislation, a copy of which HuffPost obtained, directs the White House to collect data on people displaced by extreme weather, drought and sea level rise and submit an annual report to Congress. It also requires the State Department to work with other federal agencies to create a Global Climate Resilience Strategy that puts global warming at the center of U.S. foreign policy.

The bill, set to be introduced by Representative Nydia Velázquez, a New York Democrat, is a companion to legislation proposed by Massachusetts Democratic Senator Ed Markey, one of the leading advocates for a Green New Deal. Its introduction in the House of Representatives marks an escalation as Democrats start to flesh out what a sweeping federal plan to eliminate emissions and prepare the country for more climate catastrophe would look like.

The 21-page proposal looks unlikely to become law while Donald Trump, who rejects climate science and slashed the country’s refugee cap to a historic low of 18,000 last month, remains president.

But the bill lays the groundwork for how a future administration could deal with what’s already forecast to be among the greatest upheavals global warming will cause.

Since 2008, catastrophic weather has displaced an average of 24 million people per year, according to data from the Swiss-based nonprofit Internal Displacement Monitoring Centre. That number could climb to anywhere from 140 million to 300 million to 1 billion by 2050. The World Bank estimated last year that climate change effects in just three regions ― sub-Saharan Africa, South Asia, and Latin America ― could force 143 million people to flee by the middle of the century.

Yet little to no legal infrastructure exists to classify and process climate refugees. Last December, leaders from 164 countries formally adopted the U.N. Global Compact for Migration, the first major international document to recognize the role of climate change in causing displacement. But it’s a nonbinding and voluntary accord, and the United States, Australia, and several European Union members refused to sign.

Meanwhile, the exodus is already underway. Within the United States, coastal communities in Louisiana, Florida, and Alaska are abandoning their low-lying homes in search of higher ground, albeit with limited federal support. The wave of foreign migrants seeking safety in the world’s largest economy has begun lapping on U.S. shores.

Thousands of Central American migrants making the treacherous journey to the U.S. border with Mexico are farmers escaping lands so parched by drought crops won’t grow. Last month, the Trump administration turned away at least 119 Bahamians heading to Florida to flee the destruction Hurricane Dorian, the kind of Category 5 storm scientists project to be more frequent in a hotter world, left in its wake.

“America will continue to stand tall as a safe haven for immigrants,” Velázquez said in a statement. “This legislation will not only reaffirm our nation’s longstanding role as a home to those fleeing conflict and disasters, but it will also update it to reflect changes to our world brought on by a changing climate.”

The nascent climate refugee crisis comes as the United Nations is already recording more than 65 million people displaced worldwide ― a figure that, depending on how it’s counted, amounts to the highest number of refugees ever. In Europe, the steady stream of refugees escaping war, poverty, and drought in North Africa and the Middle East has spurred a powerful new right-wing movement against immigrants, led by some of the most brazenly ethnonationalist elected officials since the 1930s.

Absent any liberal alternatives, this European right is starting to pitch its hardline immigration policies as a bulwark against climate disruption. Earlier this year, Marine Le Pen, the leader of France’s far-right National Rally, criticized “nomadic” people who “do not care about the environment” as “they have no homeland,” harkening to Nazi-era “blood and soil” rhetoric. A spokesman for her party proposed a solution: “Borders are the environment’s greatest ally.”