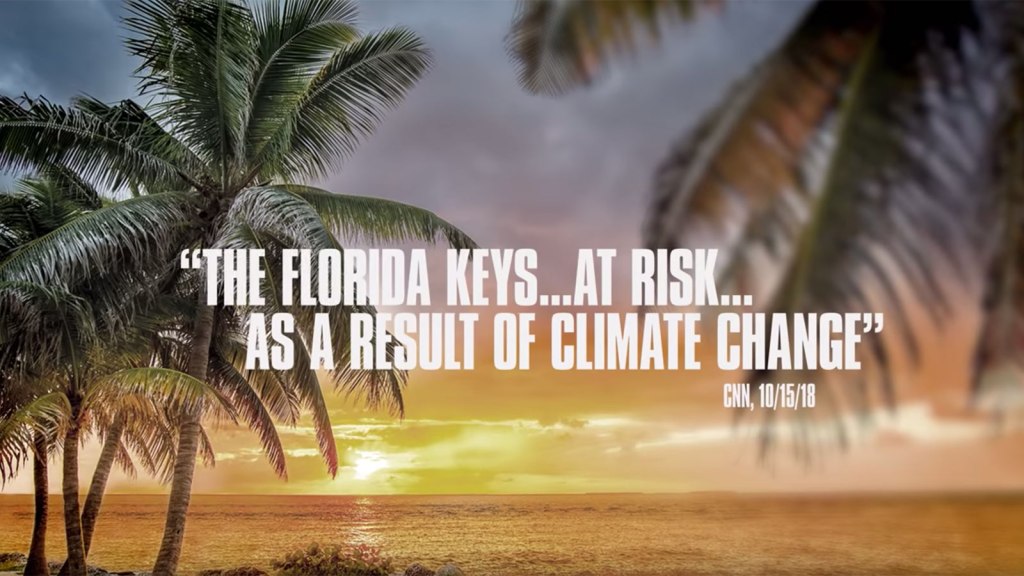 With the midterm elections drawing close, political campaign ads are taking a hard-hitting turn. And for once, climate change is among the issues candidates are talking about. We found out this week that it’s not just a handful of Democrats invoking rising temperatures, overflowing seas, and fossil fuel-tainted campaign contributions to get a leg-up over their opponents. In Florida, ground zero for bizarre climate politics, a Republican committee released an ad blasting a Democrat for taking money from coal.

Hold on, that can’t be right, you say? Take a gander:

“Her campaign is flooded with dirty coal money, the very polluters who threaten our way of life in the Keys,” says the ad, paid for by the National Republican Congressional Committee (NRCC).

The funny thing is, there’s some dirty money behind the NRCC.

The ad’s target is Debbie Mucarsel-Powell, the Democrat looking to unseat Representative Carlos Curbelo to represent Florida’s 26th District. in the U.S. House. Curbelo, a Grist 50 class of 2017 alum, is one of the only Republican members of the House who has acknowledged climate change. He was a co-founder of the bipartisan Climate Solutions Caucus, though that group has accomplished little in the two years since it was established.

There’s not a lot of evidence that Mucarsel-Powell is taking any “dirty coal money.” She has raised $3.7 million for her campaign so far, most of it from venture capitalists and private equity firms, such as D.E. Shaw & Co and Insight Venture Partners. Could some of the money donated by those contributors come from fossil fuels? “It’s hard to say for certain,” Vox reports.

It’s much easier to figure out whether the NRCC has taken money from polluters. Guess what? It has. The committee’s largest donor this election cycle was Chase Koch, son of climate gremlin Charles Koch. Other contributors include … a ton of energy interests, such as Kelcy Warren, CEO of the company that brought you the Dakota Access Pipeline.

“If Debbie Mucarsel-Powell is with them,” the ad says as it comes to a close, “she can’t be with us.” But the “us” in this scenario is also taking money from fossil fuels. Color us confused.