Tree of Life and our deadly climate of change 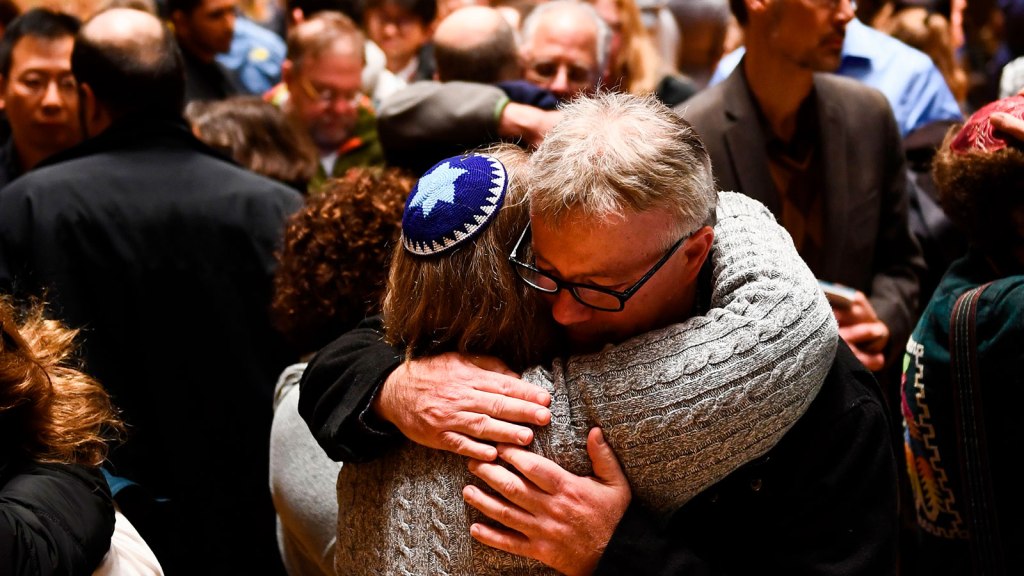 Tree of Life and our deadly climate of change

As the rest of the country tried to figure out why Robert Bowers had targeted Pittsburgh’s Tree of Life synagogue in the worst anti-Semitic massacre on American soil, news reports tied the shooting to a partnership between HIAS, the Jewish refugee-resettling organization, and Dor Hadash, one of the congregations that meet at the temple.

Dor Hadash was the congregation I grew up in, a bit of a raggedy and itinerant troupe of Reconstructionists (basically progressive Jews). In my 29 years of life, our little temple has wandered across the eastern Pittsburgh neighborhood of Squirrel Hill from the Hebrew Institute to St. Philomena’s Church (sorry, Jesus, we had to take the cross down) to Tree of Life’s giant, modern synagogue. I spent seven years in the temple’s school Dor L’Dor — a similarly scruffy affair that shifted between the living rooms belonging to its students’ families — where we learned how to read inky characters from right to left and about tzedakah.

Tzedakah loosely means “charity,” but more specifically refers to a mandatory contribution to the well-being of the world. (It literally translates to “justice.”) It’s one of the main tenets of Judaism, and our little-kid understanding of it was studiously stuffing spare coins and dollar bills into a tin box every week. At the end of each year, we’d sit around our tiny coffer and decide which charitable cause would get our saved-up tzedakah. As I recall, we usually bankrolled tree-planting in Israel, because you couldn’t actually do very much with whatever cash four 7-year-olds had to offer.

Every year, a committee of Hadashamites (as my parents call our tribe) gathers together to Ent-ishly deliberate which will be their charitable cause of the year. Last year, according to my mother — one of the deciding elders — the group was choosing between committing to refugees or the environment. Today, she does not know how to deal with the fact that she sat around a table and took part in a decision that might have lead to Robert Bowers’ vicious, violent attack on our community, killing 11 people and injuring six at a Shabbat morning service.

I have spent hours every day since the Tree of Life shooting on the phone with my mother. I want to assure her that she is wrong when she fears she played any role in what happened last weekend. Robert Bowers’ cowardice has almost nothing to do with that single choice — which may have seemed negligible and even mundane at the time — while surveying the glut of injustices needing their resources.

The distinction between directing the congregation’s tzedakah toward the environment or refugees is narrower than it seems. Donald Trump’s xenophobic rhetoric and nonstop attacks on Muslim and Latin American immigrants make the peaceful resettling of refugees a dire issue. And that sort of visibility and urgency provides a foil to the conundrum of what “taking on the environment” even means. It’s such a big and impossibly amorphous concept.

These days, environmental stewardship is actually far less planting trees in Israel and more finding new homes for people who have been forced to leave theirs due to changing climate and natural disasters — like the cruelly maligned “migrant caravan” or victims of the Syrian crisis, or any of the Pacific Islanders who have seen their shores subsumed. The social action committee of Dor Hadash simply chose to address the human consequence of altered ecosystems.

Robert Bowers hates refugees and Jews and Muslims and Latinos and people who do not look like him because he is fearful of change. He is afraid of a world that looks less like the one he imagines is right. But that world is upon us whether or not Robert Bowers wants it, and his efforts are as futile as they are atrocious.

Dor Hadash did its duty to God and Earth and human society and picked its issue for the year. That selection was not the reason Robert Bowers attacked them. He attacked my home, my temple, my community because he is a coward who sees change and is terrified rather than galvanized.

Our new world under climate change is terrifying in many ways. But we cannot go back in time, and it’s useless to try. The best way to survive is to determine how to flourish in the new world — and Jews have been surviving for millennia, so we’ve developed some pretty good strategies.

I am mourning. I am praying every day for the healing of my mother and my family and the families of my temple and my home and my Earth. I will not waste one more thought on Robert Bowers. He is a relic of an expired world that we have no time for.