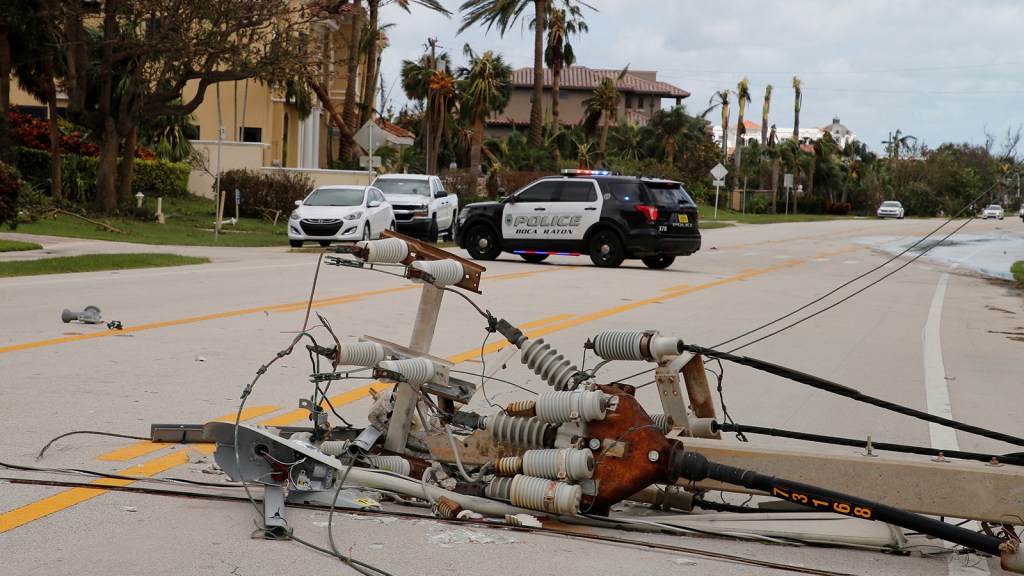 REUTERS / Joe Skipper
The Day After

One of the most powerful hurricanes ever to make U.S. landfall has left millions of people across Florida without power.

As of Monday morning, nearly 60 percent of the entire state — close to 6 million customers — had lost electricity. That’s the largest outage in Florida history and one of the country’s biggest ever.

Restoring power could take weeks, or longer. A spokesperson for Florida Power & Light, the state’s biggest utility, said recovery from the storm would require a “wholesale rebuild” of the electrical grid.

The damage to the state’s electrical infrastructure was just one form of devastation left in Irma’s wake, as the United States faces its second hurricane catastrophe in as many weeks.

An unusually large hurricane, Irma left an exceptional swath of damage on both Florida coasts and nearly everywhere in between. By one metric, this single storm packed an entire season’s worth of destructive power.

Some of Irma’s worst impacts were well-removed from the center: Miami looked like “a watery war zone” at the height of the storm, with residents warily eyeing rising floodwaters in the heart of downtown.

In Jacksonville, at the far northeast corner of Florida, Irma set a new coastal flood record, beating the one set during 1964’s Hurricane Dora.

In Naples, near where Irma made its second landfall in southwest Florida after initially striking the Keys, winds reached as high as 142 mph. The city set an odd mark: The ocean rose nearly 10 feet in eight hours, the quickest rise ever recorded there.

As Irma’s center passed close by, strong winds blew the ocean away from land, exposing the seabed, and then the water quickly rushed back in as winds changed direction and the storm moved north. The effect led to surreal scenes and even prompted a special warning from the National Weather Service to gawkers along the shore.

As is so often the case with these storms, Irma could have been worse: A last-second 50-mile jog inland likely prevented higher storm surge across cities on Florida’s western coast, including Tampa.

Still, the combination of damage from Harvey and Irma will probably total in the hundreds of billions of dollars.

The latest weather models show that Jose could make a loop in the central Atlantic this week, and then possibly head toward the East Coast. One thing’s for sure: In a year when it’s become clear that “natural” disasters aren’t natural any more, we can’t say we weren’t warned.