Hurricane Michael is a monster storm and an unnatural disaster 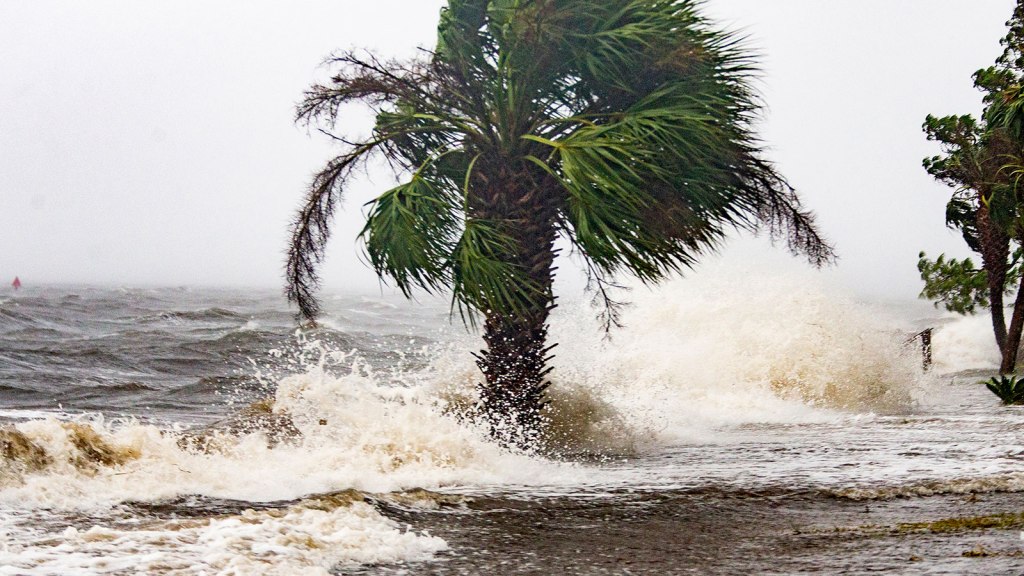 Hurricane Michael is a monster storm and an unnatural disaster

The hurricane will likely devastate Florida’s Panhandle communities. It is, simply, a history-changing storm. According to the National Hurricane Center, “most of the area will be uninhabitable for weeks or months.”

As Michael approached land, meteorologists struggled to find words to describe it. On Twitter, the National Weather Service said, in all caps, “THIS IS A WORST CASE SCENARIO.” The hurricane’s winds and waves were so strong, their rumblings were detected on seismometers — equipment designed to measure earthquakes. Michael is expected to produce storm surge — typically the deadliest part of any hurricane — of up to 14 feet, smashing local records.

No storm remotely this strong has ever hit this part of Florida. The previously strongest hurricane to hit the Florida Panhandle had winds of 125 mph, 30 mph weaker than Michael’s. The local National Weather Service office in Tallahassee issued a chilling warning that Michael was “not comparable to anything we have seen before.”

Only the 1935 “Labor Day” hurricane, which hit the Florida Keys, and 1969’s Hurricane Camille, which struck Mississippi, were more intense at landfall in all of U.S. history. Michael is the fourth Category 4 hurricane to hit the U.S. in just 15 months, joining last year’s trio of Harvey, Irma, and Maria — an unprecedented string of catastrophic hurricane disasters.

In the hours before landfall, Michael rapidly intensified, strengthening from a Category 1 to a strong Category 4 in less than 36 hours — consistent with recent research on climate change’s impact on storms. Michael did this after passing over unusually warm waters in the Gulf of Mexico, which likely helped to increase the storm’s moisture content and provide fuel for more intense thunderstorms, a deeper central pressure, and stronger winds. Sea levels in the Gulf of Mexico have risen by about a foot over the past 100 years, so there’s a direct link between Michael’s coastal flooding and long-term climate change.

Recovery from Michael is likely to be a painfully slow process. The Panhandle is the most impoverished region of Florida, and this kind of a storm would be difficult to overcome even for wealthy communities. Calhoun County, just inland of where Michael made landfall, is the lowest-income county in the state, with a median household income of less than $32,000 per year. As we saw during last month’s Hurricane Florence in the Carolinas, it’s likely that thousands of people couldn’t even afford to evacuate.

Even if Michael wasn’t making landfall in a particularly vulnerable section of U.S. coastline, it would be an unrecoverable storm for many families. Our inaction on climate change made Michael into an unnatural disaster.