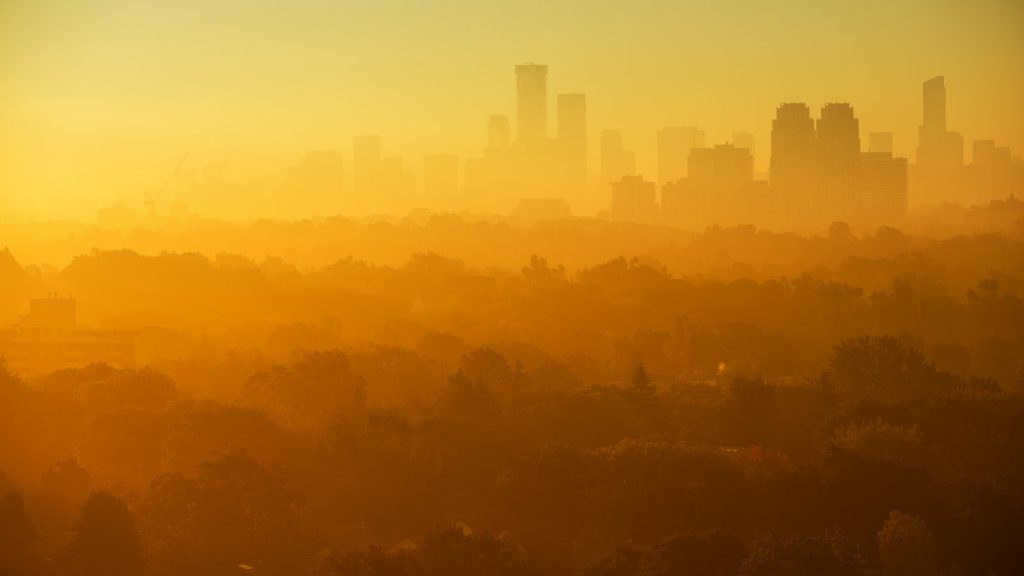 It’s no surprise that the U.N.’s new major climate report has a lot to say about heat. But as average global temperatures continue to rise, certain communities are more at risk of getting burned than others.

Extreme heat already kills more people in the United States than any other weather event, including hurricanes or flooding. And when it strikes, urban low-income and communities of color often pay the highest price.

To paint a picture of how serious this is, we’ll need to get into some numbers. Scientists say that if we want to prevent the most catastrophic effects of climate change, we have to stop the world from reaching 1.5 degrees Celsius above pre-industrial levels by 2030. This is a hard number to hit, considering we’re currently on track to reach 3.4 Celsius by the end of the century. But even if we succeed, that moderate rate of warming would still lead to 38,000 more heat-related deaths each year compared to rates from the 1960s to 1990s.

Just how much heat mortality rates rise will depend on additional factors, including the vulnerability of specific populations, the built environment, and whether or not people have access to air conditioning. Older people, children, and people with pre-existing conditions are the most vulnerable to the heat. It can trigger asthma attacks and other complications as the body struggles to cool itself.

El-Hasan, who also serves on the Environmental Justice Advisory Group at the Southern California Air Quality Management District, says some of his low-income patients keep their windows open in lieu of air conditioning, inadvertently increasing their exposure to nearby sources of air pollution. Those pollutants can end up damaging their lungs, making them even more vulnerable to heat waves. The changing climate, coupled with socioeconomic inequities, trigger an avalanche of health risks, El-Hasan says. “Everything just cascades on top of each other and becomes a bigger problem than it might have otherwise been.”

Like real estate, heat vulnerability is very much about location. Not only are neighborhoods that border freeways more polluted, but they’re also actually hotter too. Plants and trees help cool the air, while dark pavement traps heat. As a result, places with more concrete and less green — often low-income, black and brown neighborhoods where there’s been a history of redlining or disinvestment — are several degrees warmer than their typically more affluent neighbors. It’s called the urban heat island effect, and in places like New York City, its consequences are stark. On average, 100 people die each year in the city — half of them African Americans, even though they only make up a quarter of the population.

“It’s becoming unlivable in urban cities,” says Cynthia Herrera, Environmental Policy and Advocacy Coordinator at WE ACT for Environmental Justice, a community-based organization in Harlem. Over the summer, her organization tracked the number of weather advisories in the hopes of gathering information to help the community adapt to a warming climate. They recorded four heat waves this past summer — a number that’s likely to rise but already feels overwhelming to residents.

“Even if we just stay the same and have four heat waves every summer for the next 10 years we’re not prepared,” she said.

Heat-related deaths are entirely preventable, and there are still ways for communities to adapt — like greening cities and making sure people have places to cool down. Kim Knowlton, senior scientist and deputy director at the National Resources Defence Council, has hope that the U.N. report will be a wake-up call.

“The science about this has to do with everyone,” Knowlton says. “I hope that people start to demand protections for themselves.”