I hated vegetables — until I befriended vegetarians 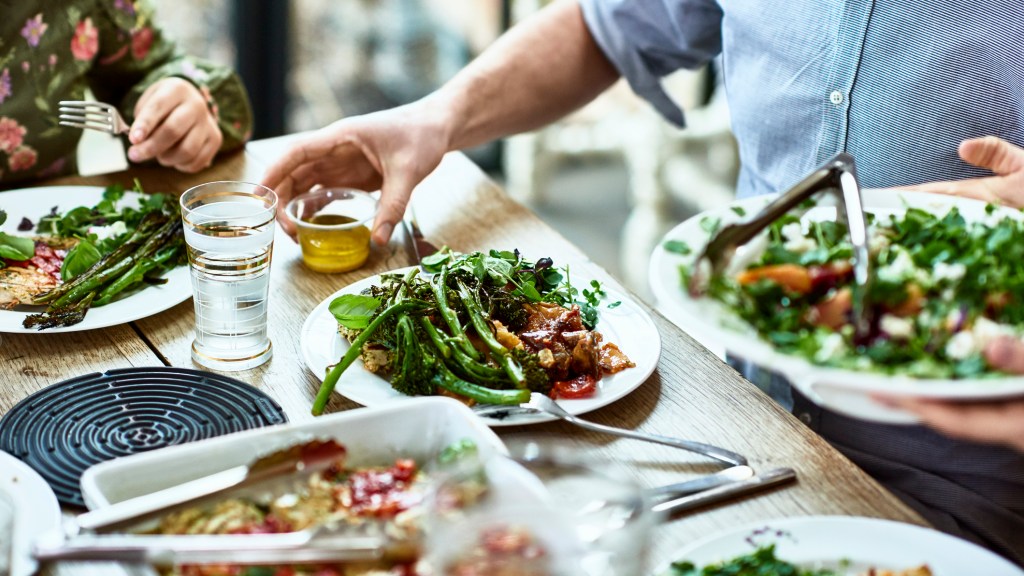 I hated vegetables — until I befriended vegetarians

I used to go days without eating a single vegetable. This was in the early 2000s when avocados and cauliflower were just gaining speed as pantry staples. Plus, at the time I was poor. Staying full was all that mattered, and fancy market vegetables just weren’t a high priority in my meat-and-rice diet, especially as I moved into my own place and started cooking for myself.

When I got my first paycheck, I bought an enameled cast-iron Dutch oven, a gorgeous mustard yellow number that I still cook everything in today. Julie & Julia had just come out, so long, slow-cooked French braises were all the rage. I also lived right next to a butcher and developed a relationship with the guy across the counter, so I’d come home with huge cuts of meat three to four times a week, which I couldn’t wait to figure out how to cook in Alfred (my Dutch oven).

Have you ever milk-braised pork shoulder with sage and lemon? It makes the whole kitchen smell like Thanksgiving, and it tastes like nothing else. As a Korean-American, I obsessed over beef short ribs, how to cook them without a lick of soy sauce: What happens with, say, vermouth? Or whole cumin seeds? Or Calabrian chilis?

I guess you could say I threw myself into cooking because I didn’t have any friends. New York can be a lonely place. Apparently Americans are getting lonelier every year, or so science says. U.S. News just called it “The Loneliness Effect,” a “public health hazard.” As I found myself having dinner alone every night (maybe a bachelor’s burrito or a dried-out filet mignon for one), I was stuck in this rut of bland, heavy, monochromatic cooking. It’s possible that the saturation of meat in my diet was a key player in how I felt about the world and my place within it.

Eventually, I started to make friends — and most of them happened to be vegetarians. Not the vegetarians who read Jonathan Safran Foer once in college, but vegetarian vegetarians. People who had been meatless their whole lives. It helped, too, that these people tended to be dog lovers like me, so of course we got along (despite the whole eating animals thing).

Our worlds collided at dinner. As I voraciously watched Nigella Lawson throw the most extravagant (but totally easy!) parties on TV, I began to as well in my own 250–square foot home. I bought fold-up chairs and a fold-up table, which looked kind of sad until I covered it with a tablecloth, big white plates, flowers, and bottles of wine. And I cooked a lot of food without meat.

It was hard. It pushed my creativity, wounded my ego here and there as I had to confront failure after failure. Bland dish after bland dish. I had to learn how to make risottos, soups, and stews taste just as good as Julia’s — without chicken stock, or even fake chicken stock. One of my favorite ingredients in the world, to this day, is Better Than Bouillon chicken soup base, which makes everything taste like cafeteria pot pie (in the best way). They sell a vegetarian bouillabaisse, but it doesn’t taste like hours and hours of cooked-down bones and skin and fat, so what’s the point really?

Turned out, a little Parmesan rind in a vegetable broth fortified with parsnips (a trick I had learned from a test kitchen chef at work) churned out a rich, meaty broth. I used this stock in one of my signature fall dinner party dishes, an oyster mushroom and butternut squash risotto. It could feed eight people in one fell swoop — without a lick of meat. I wanted to throw dinners where you’d never even notice the lack of meat because everything was as delicious and as filling as that risotto.

As I started to gain confidence cooking vegetables, driven by a need for meals to taste as good to my vegetarian friends as they did to my meat-loving self, I realized: Vegetables aren’t so bad.

More importantly, my desire to come up with full-course vegetarian meals for my friends got me thinking, “Hm, I must really like these people to be cooking like this.” Because for me, cooking had always been a selfish act, something I only did for myself because it was fun and expressive, like painting or ceramics. Stewing lamb shanks in Alfred, alone in the kitchen, was my idea of Friday evening bliss.

My dinner parties as an adult are much less about pomp and circumstance, and much more about feeding the people I love most in my life, giving them comfort and pleasure. Even when there’s just one vegetarian at my table, I won’t dare cook a single meat dish. There’s really no need. Again, I do my best so no one even realizes the entire meal is vegetarian, and in this magicking I’ve somehow learned to appreciate vegetables myself.

There’s something to be said for being able to choose who you surround yourself with, because the things you sacrifice — like vanity, Better Than Bouillon chicken soup base, and meat — quickly become so much less important than the company.