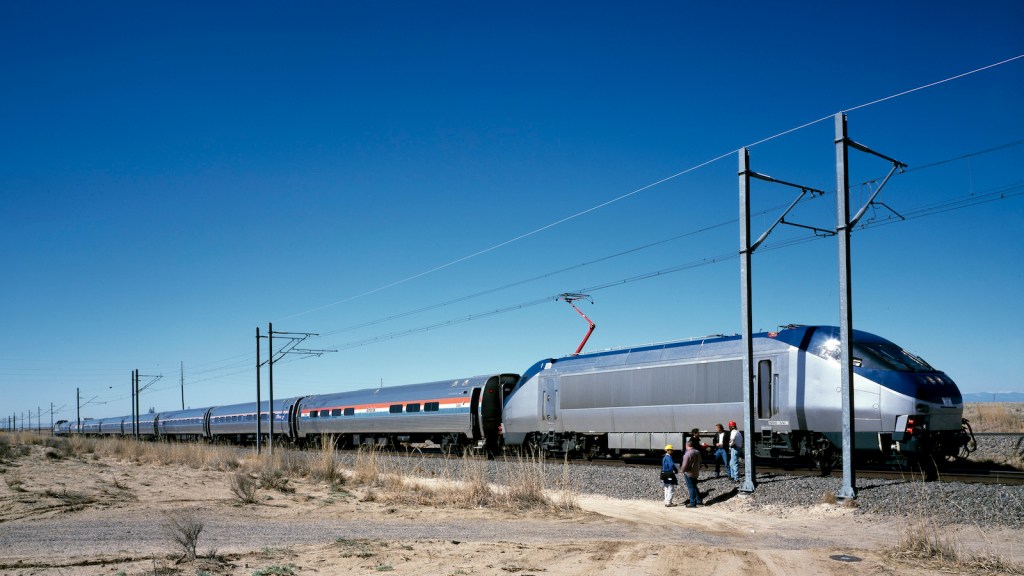 Amtrak is planning a major restructuring of its national network, which could finally make shorter-routes competitive with air travel.

According to the Wall Street Journal, Amtrak is gearing up to replace its aging equipment, and is leaning towards replacing traditional dining and sleeper cars with sleek intercity cars designed for quick travel between nearby cities. The move would effectively chop up cross-country routes and prioritize travel between higher-traffic city pairs. The reallocation could boost ridership by millions with the same (meager) funding levels.

As a frequent rail-rider for climate reasons, this is the kind of news that fills me with joy.

Let’s face the harsh truth: With current levels of funding, an American nationwide high-speed rail network wouldn’t arrive in time to do much good during the next 12 years or so, when our level of climate ambition should be at its highest. This week, Governor Gavin Newsom scaled back California’s plan for high-speed rail, citing ballooning budgets. We’ve got to hack together something in the meantime that doesn’t involve turning I-5 into the Autobahn. Amtrak’s restructuring would take people out of cars and airplanes — a win for travelers and the planet.

I’ve been critical of Amtrak before, but this is a good move. If we want to become a nation of train travelers, increasing the frequency of trains on highly trafficked routes is exactly the right strategy.

Building up train routes between cities like Chicago and Washington, Dallas and San Antonio, Atlanta and New Orleans, Los Angeles and the Bay Area — all of which are currently served by just a single train per day — would boost a rail renaissance in America. Affordable, frequent options between these and other popular routes could deliver passengers about as quickly as air travel (and much more comfortably), once you factor in the hassle of getting to airports on the outskirts of town and arriving early for your flight.

The main drawback to this plan is that it comes at the expense of reducing the frequency of iconic cross-country train travel. And it’s not just the people who love whisking on rails through the Rocky Mountains in the observation car while a herd of elk roam outside the window.

Rural trains can be a practical means of long-distance transport for a lot of people, especially in the West where the nearest major airport might be hundreds of miles away. In my own travelling, I’ve noticed that many people who take these routes are on limited incomes. I’ve spoken with nurses, college students, and single parents on trains that made it clear that if the train disappeared, it would greatly affect their ability to travel to work or see their family. The WSJ notes that for that reason, Amtrak’s plan to cut service to these areas could face significant resistance in Congress.

As someone who deeply relies on long-haul trains, I’d actually support cutting them if it meant an Amtrak that doubled-down on killing air travel in California and Texas, as long as federally funded bus routes (which are cheaper, more fuel efficient, and more flexible to operate) might be substituted in rural towns. Per-mile, long-haul flights are more fuel efficient than short-haul flights.

If we make intercity train routes cost-competitive with planes, then we’d potentially only need planes for long trips. Cutting down on hundreds of New York to D.C.-style plane trips all over the country would be a big deal.

A bigger deal, of course, would be greatly expanding Amtrak’s budget and simultaneously boosting rail and bus service in both rural and urban America. But as long as the Trump administration’s Amtrak remains underfunded, this is a good start.