Irma, the strongest Atlantic hurricane in history, tears through the Caribbean 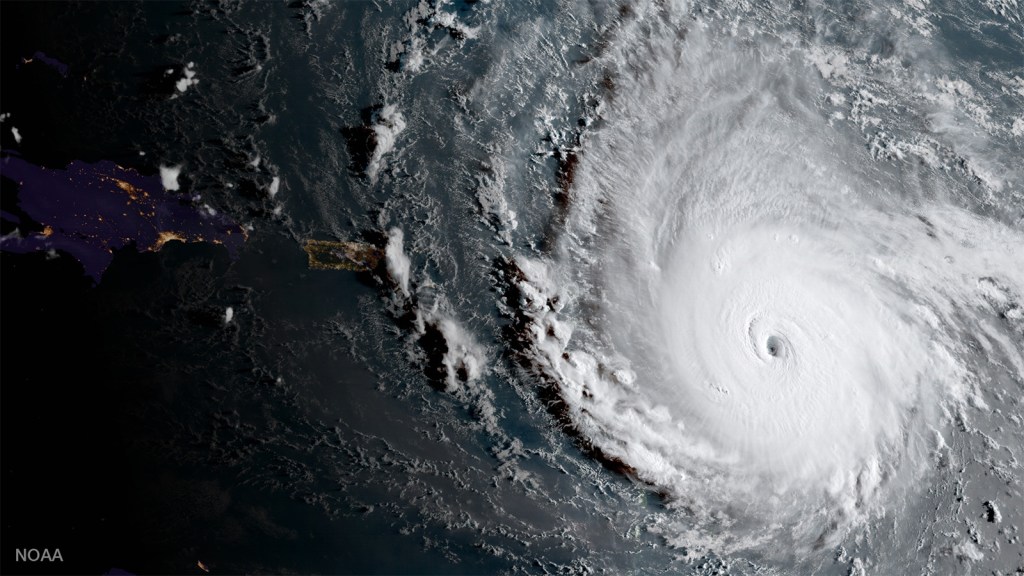 Irma, the strongest Atlantic hurricane in history, tears through the Caribbean

Just days after Hurricane Harvey brought historic rainfall to parts of Texas and Louisiana, another potentially catastrophic hurricane looms in the Atlantic.

Hurricane Irma rapidly strengthened over warmer than normal ocean waters on Tuesday into a Category 5 storm with estimated wind speeds of 185 mph — the strongest ever measured in the Atlantic Ocean.

On Wednesday, Irma made landfall in a number of northern Caribbean islands at peak strength, including Barbuda, Anguilla, St. Martin, St. Barthelemy, and several of the British Virgin Islands. Its landfall tied a 1935 Florida hurricane for the strongest on record anywhere in the Atlantic basin, and the second strongest ever measured anywhere on Earth. In some of the first reports out of St. Martin, officials say the island suffered “major damage” with even some of the strongest buildings destroyed.

From the National Hurricane Center’s description of Category 5 damage: “A high percentage of framed homes will be destroyed, with total roof failure and wall collapse. Fallen trees and power poles will isolate residential areas. Power outages will last for weeks to possibly months. Most of the area will be uninhabitable for weeks or months.”

Quite simply, meteorologists never expected a storm like Irma. The storm appears to have exceeded the maximum theoretical strength for a hurricane in its environment — an estimate based on current water temperature and other conditions.

Irma has grown in size amid nearly ideal circumstances for intensification over the past several days. On social media, hurricane experts pondered whether or not it should be considered a Category 6 — which it would qualify for if the traditional five-tiered Saffir-Simpson scale were extrapolated for wind speeds as strong as Irma’s.

Once again, many of us in weather feel at bit of a loss. Irma is about to be devastating; no matter the track more of it seems inevitable. pic.twitter.com/zaWQA5IzPT

People in Irma’s path have never been through a storm this strong, and the hurricane may rewrite history for the islands that experience a direct hit. Irma packs a punch that’s stronger than Andrew or Katrina, two of the most notorious recent hurricanes. In Antigua, one of the islands that Irma hit, the national meteorological service lapsed into prayer.

As meteorologists marveled at the storm from afar, hurricane hunter aircraft sent back jaw-dropping photos from inside the eye. Earthquake scientists in the Caribbean noticed the hurricane’s winds and waves registering on seismographs as it neared the Leeward Islands, an incredible example of Irma’s strength.

Long-range forecast models have repeatedly projected Irma making landfall in South Florida this weekend, though the hurricane could still veer off on a range of possible paths as it approaches the U.S. mainland.

Preparations are already underway in Florida, a historical hurricane hotspot. Somehow, the state has avoided a Category 3 or higher landfall for more than a decade. The last storm to hit Florida at Irma’s current intensity was the “Labor Day” hurricane of 1935 — the strongest hurricane to ever strike the U.S. coast.

The state has transformed since the most recent Category 5 hurricane, Andrew, hit in 1992. Miami alone has added 600,000 new residents in that time, and the state’s storm-buffering wetlands have degraded amid a push for urbanization. In the past 25 years, 1 in 10 new homes in America were built in Florida, during a slow spell for hurricane landfalls. That lucky streak now appears to be coming to an end.

A reminder of what's gone on during the South Florida hurricane 'drought.' A lot of moving, a lot of building. via @BMcNoldy #Irma pic.twitter.com/sXwLpNBKMN

What’s more, Irma’s projected path up the spine of the peninsular state poses a unique challenge: If hurricane-force winds are wide enough to affect both coastlines simultaneously — which they’re expected to be — where will people evacuate to? It’s nearly inconceivable to think of millions of people traveling northward out of Irma’s path.

So far, the state is preparing in an orderly fashion. The Florida Keys expect to begin a total evacuation on Wednesday. Miami has shifted to an “all hands on deck” preparedness level, and is considering evacuating its most vulnerable residents. Florida Governor Rick Scott announced he will activate the entire Florida National Guard later this week. President Trump approved emergency declarations for Florida, Puerto Rico, and the U.S. Virgin Islands, which will help speed preparations and aid.

But before Irma reaches Florida, it’ll continue to pass over — or dangerously close to — much of the northern Caribbean, including Puerto Rico, the Turks and Caicos Islands, and the Bahamas. The northern coasts of the Dominican Republic, Haiti, and Cuba could also feel significant impacts as Irma passes by.

Wherever it strikes, the hurricane’s impact will be worsened by the rising seas and heavier downpours associated with climate change. There’s still a chance the storm could curve safely out to sea after its trip through the Caribbean, but those odds are quickly slipping.

Should the hurricane make landfall in Florida or elsewhere in the Southeast, it will set a regrettable record — the first-ever back-to-back U.S. landfalls of Category 4 or higher storms.

Hurricane Harvey’s catastrophic impact in Texas and Louisiana now ranks as the worst natural disaster in U.S. history. (Hurricane Katrina cost an estimated $150 billion in 2017 dollars, and the Texas governor’s office estimates Harvey could cost $180 billion.) A recent study examined the possibility of a Category 5 hurricane strike in downtown Miami. It calculated that damages from that nightmare scenario could cost upward of $300 billion.

As improbable as it may seem, two of the worst hurricanes in U.S. history might hit in the span of just two weeks.