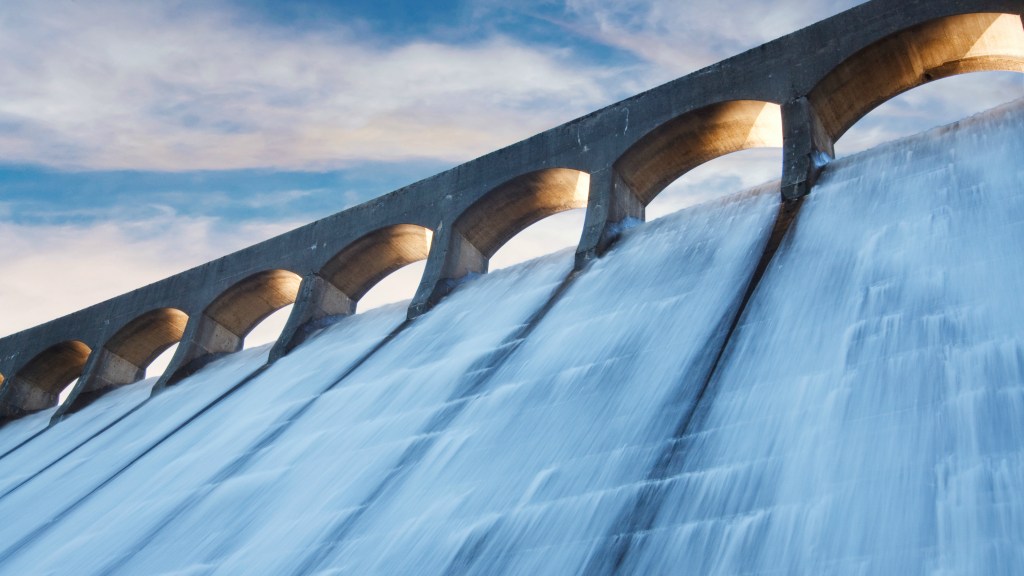 A sitting Republican senator’s byline on The New York Times op-ed page is an uncommon sight. It’s all the more counterintuitive for a Republican senator to be criticizing President Obama for blocking progress on renewable energy. But that’s exactly what we saw earlier this month.

As you would expect of an Alaska Republican, Murkowski has a record of advocating for expanded oil and gas drilling. But she also has a slightly more moderate voting record on environmental issues than most of her GOP colleagues. And, with Alaska suffering some of the most extreme effects of climate change, she even sort of accepts climate science and supports renewables gradually growing to replace fossil fuels.

So I gave Murkowski’s op-ed a careful read — and then asked experts whether she has a point.

According to Murkowski and Faison, there is vast untapped potential for more hydroelectric power generation in the U.S. The only thing standing in the way: fussy environmental regulations.

Murkowski has introduced a bill, the “Hydropower Improvement Act of 2015,” that would concentrate permitting authority for hydropower projects within the Federal Energy Regulatory Commission (FERC). That would cut other pesky regulatory bodies, like the U.S. Fish and Wildlife Service, out of the process. Similar legislation has already passed the House.

Environmental activists argue this would eliminate important safeguards. “FERC does not have a mandate to protect natural resources; that is why Congress has placed reasonable checks and balances on FERC’s authority by allowing agencies like the Fish and Wildlife Service, the U.S. Forest Service, the National Park Service, the Bureau of Indian Affairs, the 50 states, and others to place conditions on FERC licenses to protect fish, wildlife, water quality, public lands, Indian reservations, and outdoor recreation,” writes John Seebach, a vice president at conservation group American Rivers, in an email to Grist. “The hydropower industry’s proposed legislation” — by which he means both the Senate and House bills — “seeks to remove those checks and balances.”

Murkowski and Faison argue that this is needed to streamline a bureaucratic process that can take up to 10 years and $50 million to gain approval for a hydropower dam, even an existing one that is merely being relicensed. “Congress has stepped in to get hydropower development back on track,” they write. “Legislation in both chambers, including a measure in the Senate that was approved by a bipartisan vote in committee, would direct agencies to expedite the permitting of new projects and the relicensing of existing ones, and would advance the use of hydropower nationwide.”

And then the two conservatives claim that President Obama is standing in the way of increasing this clean energy production. “While Congress has chosen to lead on this important issue, President Obama has threatened to veto the House bill, claiming it would undermine environmental safeguards.”

Is it really the case that Obama is threatening to veto a bill that would advance renewable energy? Only in a very narrow, technical sense. In reality, the House bill for which Obama has issued a veto threat, the “North American Energy Security and Infrastructure Act of 2015,” is a much larger bill that would roll back a whole host of energy regulations, the vast majority of them governing fossil fuels. Only nine Democrats, all from oil- or gas-rich states, voted for it. Rep. Frank Pallone (D-N.J.), the ranking Democrat on the House Energy and Commerce Committee, complained, “This bill only aims to help polluters.”

The White House’s statement issuing a veto threat noted not only that the bill would “undermine” protections built into the current hydropower licensing process, but also that it would weaken energy efficiency standards in buildings, limit the ability of federal agencies to review the environmental impacts of proposed natural gas pipelines, and “unnecessarily curtail DOE’s ability to fully consider whether natural gas export projects are consistent with the public interest.” The Natural Resources Defense Council concluded that the House energy bill “does little more for energy than prop up outdated policies and an increasingly uncompetitive fossil fuel industry … The bill also fails to address the need to act on climate change and instead will make the problem worse.”

So Obama’s veto threat makes a lot more sense for the climate than you would think just from reading Murkowski’s piece.

Overall, the hydropower provisions in the House bill and in Murkowski’s Senate bill are a mixed bag. Hydropower experts agree with Murkowski that the U.S. is not living up to its full potential in hydropower generation. And, yes, hydropower is cleaner than fossil fuels. But, critics say, the package of “reforms” that Republicans propose would eliminate necessary protections for fish, wildlife, land, and Indian tribal rights. They argue that the real purpose of Murkowski’s legislation isn’t to expand hydropower but to excuse old hydropower installations from meeting up-to-date environmental rules.

Here’s what American Rivers said in an analysis of the hydropower section of the House bill:

This bill does not improve a process many take issue with; it is a brazen and clumsy attempt to provide the hydropower industry with their preferred regulatory wishlist and provide weaker oversight and management of hydroelectric dams and the natural resources they undoubtedly impact.

None of this is to say that hydropower shouldn’t be expanded. There are a number of ways in which it could be. Small-scale hydro, which has a lower carbon footprint and far less environmental impact than large-scale hydro, is beginning to make a comeback. It should be enabled through changes in state laws to allow for remote net metering, so that a progressive institution like a college can buy its power from a small hydro plant offsite. Why don’t you hear Republicans talking about that? Because energy utilities, the powerful entities that support mass deregulation of large-scale hydro, tend to oppose remote net metering. Deregulation saves them money, while remote net metering reduces their profits.

At the national level, there are more surgical deregulatory steps for hydro that green groups support. For example, Army Corps of Engineers dams that are already in place could be more easily electrified if that agency alone handled the permitting process, rather than the current time- and money-wasting regulatory muddle in which both the Corps and FERC separately review each application.

If what congressional Republicans really want is more hydropower, they should be able to come to the table with the White House and hash out a compromise bill. More likely, they just want a cudgel to beat up Obama and environmentalists over alleged renewable energy hypocrisy.