Washington Governor Jay Inslee announced the end of his campaign to seek the presidency on Wednesday night since he hadn’t polled high enough to participate in the second round of debates. But he went out with a bang — at least in terms of climate policy. Earlier that same day, he’d released one final policy proposal, the sixth hefty installment in his roughly 200-page climate platform: a plan for rural prosperity.

The proposal boiled down to two main principles: First, pay rural communities for the environmental services they provide, like using crops to suck carbon out of the air. Second, give tons of money (we’re talking billions and billions) to the scientists and educators these communities would need to support their transformation to the engines of a clean economy. On Thursday, Inslee’s farm plan went missing from the web (update: it’s back up now) but those of us ag nerds who got a chance to read it were pretty impressed. It would be a shame if this were the end of the road, not just for Inslee, but also for his ideas and the homework his team has done.

In fact, Inslee himself seemed to suggest that other candidates should read up on his plan and crib as much as they want. “It’s a governing document, not a campaign slogan,” the governor said on MSNBC’s The Rachel Maddow Show Wednesday night when he announced his withdrawal from the race. “And now it’s open source.”

The new farm proposal fleshed out Inslee’s vision a little further. Today, we use petroleum products (cosmetics, plastics, and gasoline are all derived from oil) to get by every day. Inslee suggested overhauling this system by replacing these petroleum-based materials with plant-based materials that can be grown on farms.

Inslee also planned to pay farmers to sequester carbon dioxide, to trap fertilizers that cause toxic algae blooms, and to clean up the water (by maintaining, for example, spongy soil and strips of wilderness along streams). Most farmers want to be good environmental stewards, you see, but their first priority is avoiding bankruptcy. By paying for these environmental services, we could align those often contradictory forces and nudge farmers to do the right thing.

At the same time, Inslee wanted to start funding agricultural research like we mean it. Government spending on agriculture-related research has bounced up and down, but overall it has sloped gently downward in recent years. Inslee wants to put a massive spike in that line by tripling funding for federal ag research and development, which would bring the total to something like $15 billion — an unprecedented amount. He also proposed tripling the staff of the Natural Resource Conservation Service, the agency formed after the Dust Bowl to prevent future dust storms, which works with rural communities to solve environmental problems.* 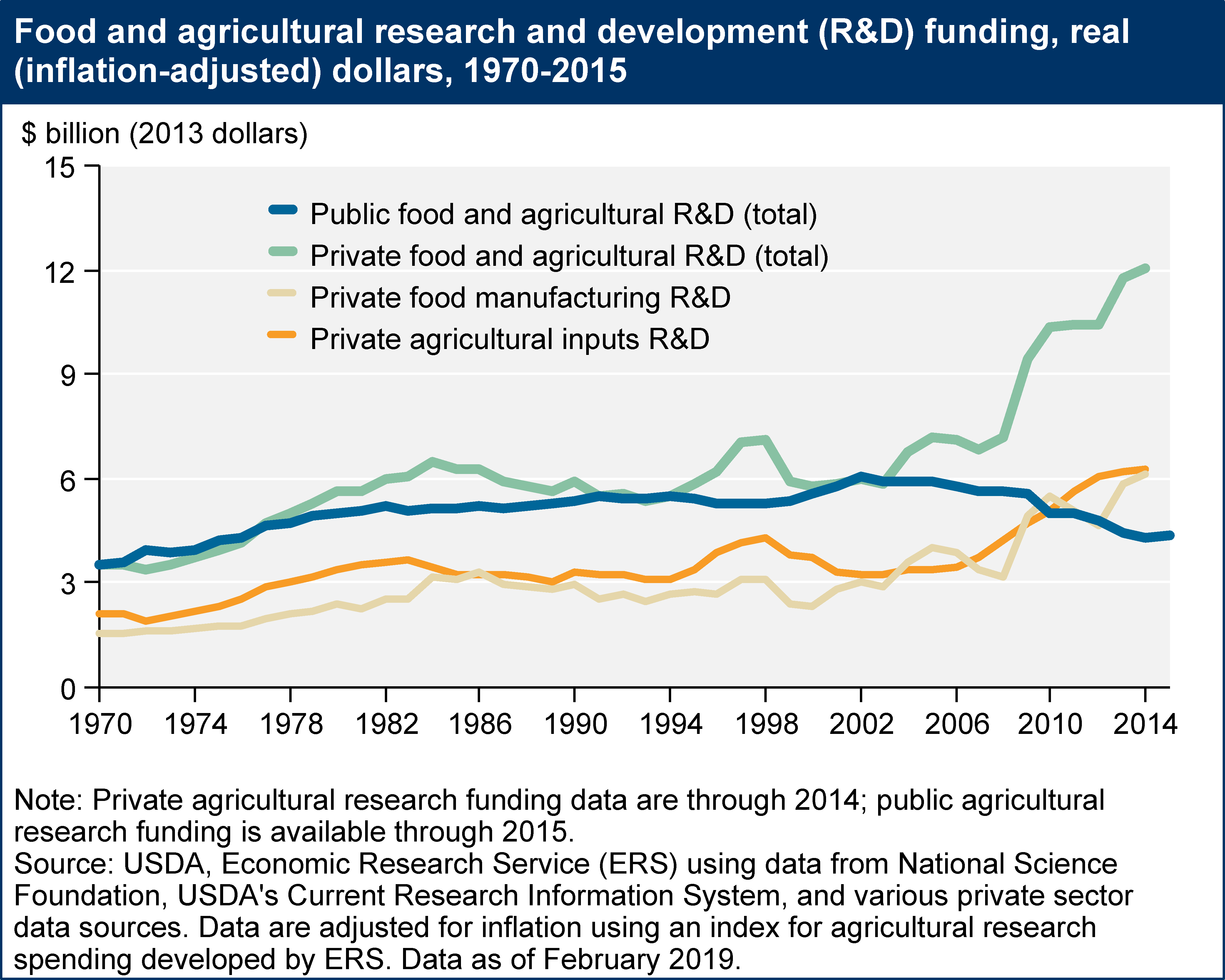 For the remaining 2020 candidates, who have put forth a wide range of farming plans, it’s probably a good idea to take notes. Something tells us it’s what Inslee would have wanted.

I think you’ll like my new stump speech. https://t.co/PgDktxu4pi

*Correction: An earlier version of this story said that Inslee wanted to triple the staffing of the Natural Resource Conservation Service, not the cooperative extension service.