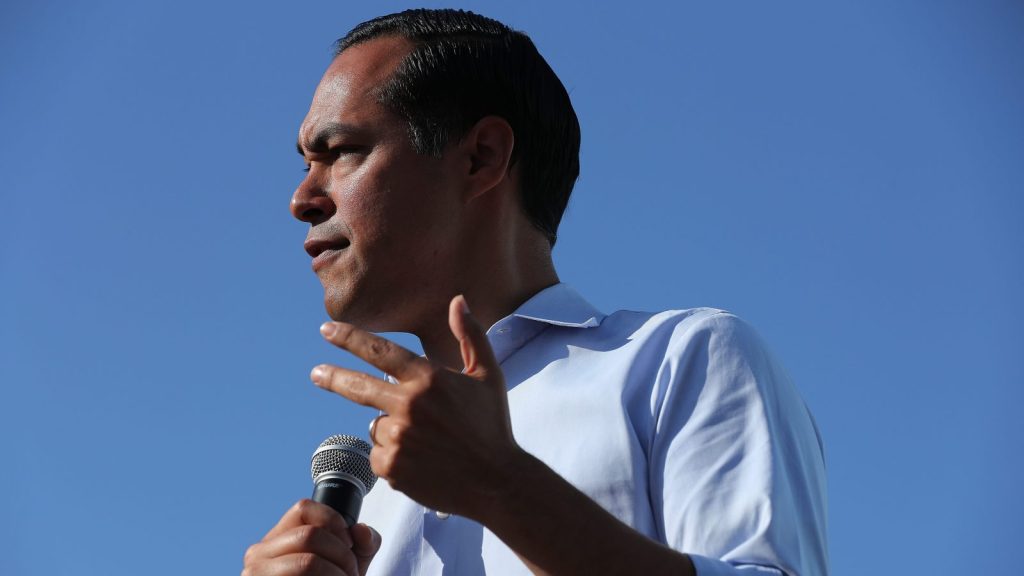 Hold your horses, because presidential candidate Julián Castro just came out with an animal welfare plan on Tuesday. The former housing secretary’s proposal may be the first policy proposed by a presidential candidate to highlight the connection between animals, climate change, and extinction (if only because we just learned how bad the extinction situation is about to get). And it arrived on the heels of the Trump administration’s attempt to weaken the Endangered Species Act.

As the effects of the climate crisis — more severe wildfires, floods, and hurricanes — have become clearer, politicians on the left have generally stopped talking about animals under threat and started talking about people at risk. Research indicates that that’s a good thing: Earlier this year, the author of a Yale University study on effective climate change imagery told Grist that the picture of a starving polar bear is pretty much tapped out. After all, most Americans have never even seen a polar bear up close.

But it’s not just charismatic megafauna under threat. A United Nations assessment this spring found that climate change could wipe out 1 million species if left unchecked. Evolution, you see, is hardly a fair match for our fast-warming planet. A new study out on Tuesday in the journal Nature Communications shows the climate is changing more speedily than animals can adapt to it. By studying 10,000 climate change papers, a team of more than 60 international scientists found that normal functions like hibernation, reproduction, and migration are under threat due to shifting seasons and warming temperatures.

“The climate crisis is accelerating an unprecedented decline in biodiversity, threatening not only the future of animals but human life,” Castro writes in a Medium post detailing his new proposal. “Public policy must also confront the consequences of the climate crisis, including the threat of animal extinctions.”

He notes that much progress has been made on the animal welfare front in recent years: California recently established new standards for farming chickens, pigs, and cows. Delaware became the first “no-kill” state this month, meaning that its shelters save at least 90 percent of the cats and dogs that enter their doors (San Antonio, Castro’s hometown, achieved no-kill status a few years ago). But climate change, he posits, threatens to undermine that progress.

In order to make public policy match the scale of the crisis, Castro suggests establishing a $2 billion National Wildlife Recovery Fund aimed at protecting animals from imminent extinction. He also wants to preserve 30 percent of America’s lands and oceans, a first step toward an ambitious 50 percent goal by 2050. How does he aim to accomplish this? The proposal doesn’t say. But Castro does write that he’d appoint a conservation scientist to head up the Department of the Interior to clean up “Trump’s environmental disaster.” He would also double the Multinational Species Conservation Fund — an act approved by Congress that gives grants to projects that benefit elephants, great apes, rhinos, and sea turtles around the world.

One of the Nature Communication study’s coauthors, André Dhondt at the Cornell Lab of Ornithology, said Castro’s plan seemed like a good idea. Creating a fund to address the crisis, as Castro proposed, “would help everybody,” he said — people and animals included.

Castro’s plan could be interpreted as a return to old school conservation — using wildlife to hook mainstream audiences, or in this case, voters. But it could also be understood as a foray into new territory. By marrying the climate crisis to the extinction crisis, Castro is paving the way for a more enlightened conversation about conservation among the 2020 Democratic hopefuls, two of whom happen to already be vegan (Senator Cory Booker and Representative Tulsi Gabbard). And not a moment too soon.

“Animals have been going extinct forever,” Dhondt said. “The problem is now its happening faster, or will happen faster, than ever before.”