Kirstjen Nielsen and Brock Long visited Puerto Rico, and it was really weird 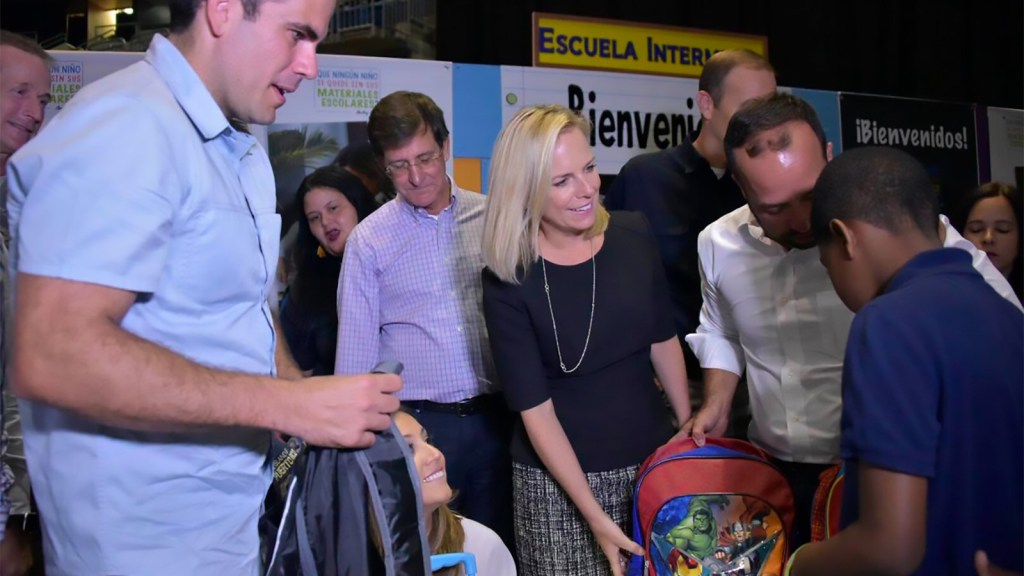 Kirstjen Nielsen and Brock Long visited Puerto Rico, and it was really weird

Kirstjen Nielsen, Secretary of Homeland Security, and Brock Long, head of FEMA, went on tour in Puerto Rico and the Virgin Islands Friday. Their mission, nearly a year after Hurricane Maria devastated both territories? To “meet with and thank Federal Emergency Management Agency personnel working on hurricane recovery and preparedness efforts,” according to a news release.

Local media on the islands reported that Long and Nielsen aren’t making themselves available to press during their visits and are limiting public appearances. But we sure got a sense of what’s happening on social media:

Thank you @ricardorossello for meeting with me and @FEMA_Brock during our visit today. We will continue to work together to help the people of #PuertoRico and learn from past experiences to better prepare everyone for what could come next. pic.twitter.com/ei5uZm0DdR

Last month, FEMA — which is part of Department of Homeland Security — released a report admitting to some of its blunders during the response to Hurricane Maria. That included not having enough qualified staff, food, water, or other supplies on hand to deal with the disaster.

Outrage over the federal response to Maria is still simmering. Now it’s compounded by the frustration of Maria survivors — some of who still face uncertain housing prospects, even as we go deeper into this year’s hurricane season. After several extensions, FEMA plans to end its transitional shelter assistance again at the end of the month, but advocates say that a longer-term plan to help people get back into homes is needed.

And because tossing out paper towels just isn’t enough these days, Nielsen spent time handing out school supplies to children in San Juan before visiting a school in St. Croix.

Nielsen has been facing a lot of kid-related criticism lately. Her department forcibly separated families at the U.S.-Mexico border, lost track of who belongs with who, and has now missed deadlines to reunite them. Some members of Congress, including Senators Dick Durbin and Kamala Harris, have called for her to leave office over the policy.

So, of course, photos of Nielsen handing out backpacks on DHS’ Twitter account didn’t sit well with everyone.

Cool cool did @SecNielsen resign yet though?