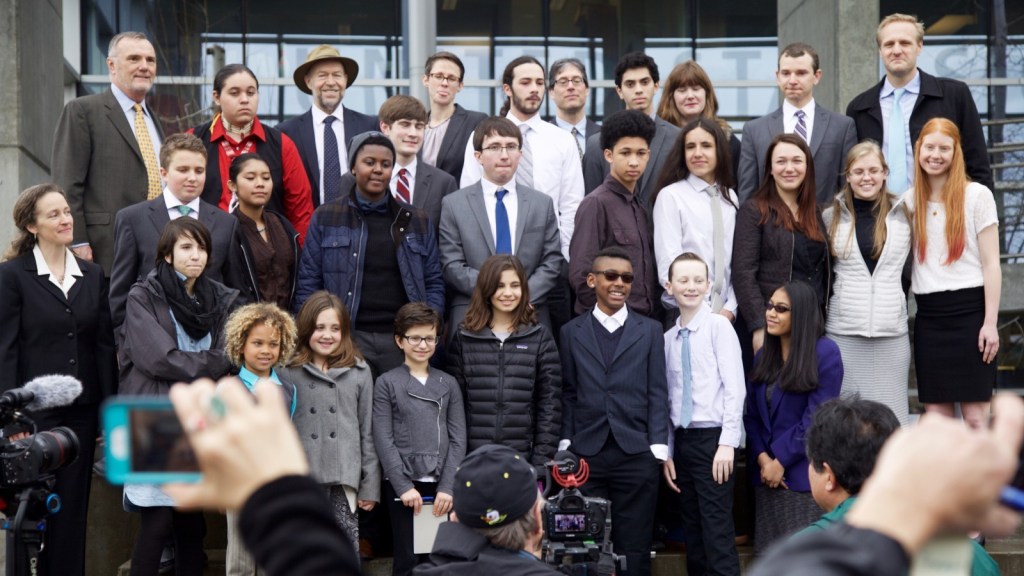 A high-profile lawsuit aiming to hold the federal government accountable for not curbing climate change has encountered yet another roadblock. After the Supreme Court permitted the case to proceed last week, the Ninth Circuit Court of Appeals delayed the case again on Thursday.

The case, Juliana v. United States, has its roots in a lawsuit filed against the Obama administration in August 2015 by 21 plaintiffs—all between the ages of 11 and 21. The teenage activists claimed that the federal government had violated their constitutional rights by not curbing climate change and asked the court to “develop a national plan to restore Earth’s energy balance, and implement that national plan so as to stabilize the climate system.”

The trial had been scheduled to begin in federal district court in Eugene, Oregon, on October 29, but several interventions by higher courts kept the case in limbo.

“What these young plaintiffs are being put through just to have their day in court is disgraceful,” Kassie Siegel, director of the Center for Biological Diversity’s Climate Law Institute, said in a statement to Mother Jones. “This trial would finally hold the Trump administration accountable for its climate denial and destructive agenda. The court shouldn’t let the Trump administration use absurd legal claims to weasel out of it.”

After the Trump administration inherited the defense of the case, the government’s lawyers asked the Supreme Court to dismiss it in July, arguing that the district court lacked jurisdiction and calling the plaintiffs’ request to have the executive branch phase out carbon dioxide emissions “groundless and improper.” The court rejected the administration’s “premature” motion, even as the justices acknowledged that the “breadth” of the plaintiffs’ claims was “striking.” Ten days before the trial was set to begin, Chief Justice John Roberts put the case on hold pending the plaintiffs’ response to the government’s request to significantly narrow the case. While the full court reviewed the new filing, the plaintiffs rallied in the rain with hundreds of students outside the federal courthouse in Eugene, Reuters reported.

“The Brown v. Board of Education case was all about school districts inflicting harm on children because of the ‘separate but equal’ policies. Our case is about the federal government knowingly inflicting harm on children through fossil fuel emissions,” plaintiffs’ co-lead counsel Phil Gregory told Mother Jones last month. “If you substitute a word like ‘segregation’ for ‘climate change,’ there’s no way the Supreme Court would stop this case.”

Our Children’s Trust, a nonprofit organization aligned with the plaintiffs, made a similar argument in a press release. “This is not an environmental case, it’s a civil rights case,” the group stated.

On November 2, the Supreme Court vacated Roberts’ previous decision and allowed the case to proceed over the objections of Justices Clarence Thomas and Neil Gorsuch. But the government requested another delay, this time petitioning the district court directly. In a motion on November 5, the administration argued that it would be impossible to “develop and implement a comprehensive, government-wide energy policy” without breaking the constitutional imperative to vest legislative power in Congress and executive power in the White House. Three days later, the Ninth Circuit halted the case for another 15 days.

Once the Ninth Circuit makes a decision, district court Judge Ann Aiken said she will set a new date for the trial to begin.

“The Court told us to continue getting our work done for trial so that we are all ready when the Ninth Circuit rules. That’s exactly what we will do,” said Julia Olson, co-counsel for the plaintiffs and executive director of Our Children’s Trust, in a statement. “Our briefs to the Supreme Court and the Ninth Circuit … will show that there is no basis to grant the Government’s request of an appeal before final judgment.”