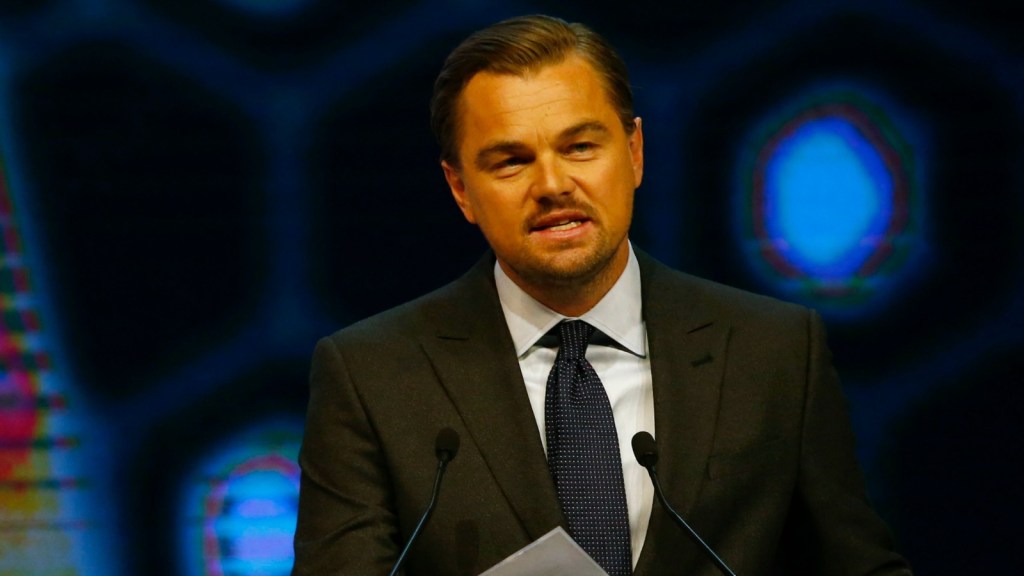 Famed person Leonardo DiCaprio stunned audiences in Japan recently by discussing climate change at a press event in Tokyo. Just kidding! He talks about it all the time — sometimes with an e-cigarette or a model hanging from his mouth.

DiCaprio — who was in Japan promoting his Oscar-winning film about a bear cape — used the occasion to slam Republican presidential hopefuls. “We should not have a candidate who doesn’t believe in modern science to be leading our country,” the actor said in Tokyo. “Climate change is one of the most concerning issues facing all humanity and the United States needs to do its part.” The GOP electorate pays this no mind: Their frontrunner has repeatedly said that climate change is a hoax created by the Chinese to steal American dollars and make the U.S. look like a yuge loser. Donald Trump says he’s not a “big believer in man-made climate change.”

In recent years, DiCaprio has matured from a young international playboy to an older international playboy, and he has increasingly focused on activism. In his Oscar acceptance speech last month, DiCaprio said, that climate change is “the most urgent threat facing our entire species, and we need to work collectively together and stop procrastinating.” DiCaprio attacked “corporate greed” of the fossil fuel industry at the World Economic Forum in Davos in January. “You know better,” DiCaprio said. “The world knows better. History will place the blame for this devastation squarely at their feet.”

Expect to hear more from DiCaprio soon enough. His upcoming documentary about climate change, a collaboration with Fisher Stevens, producer of the 2010 Oscar-winner The Cove. DiCaprio visited both the North and South Poles, as well as China and India, for filming. No word yet if the bear cape will make a cameo.