The writer Michael Pollan is famous for upending our sense of reality. When he looked at fields of corn, he saw how corn has manipulated us, getting people to spread its genes and create ideal living conditions. When he scrutinized health food claims, he concluded that the more claims on the label, the less likely it’s healthy. 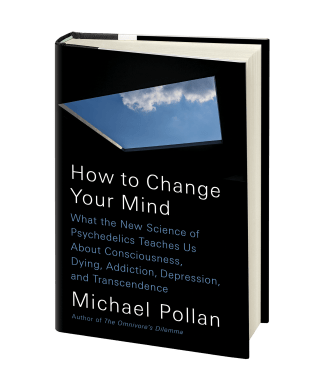 For people who know Pollan as a food writer, his latest book about the renaissance in psychedelics research for mental health may look like a bizarre turn. Sure, he’s written about foraging for wild mushrooms before, but now Pollan wants to upend the way we see the world after eating wild psilocybin-filled mushrooms.

Look closer, and it’s clear that this isn’t really a departure. Pollan’s food work was all part of a larger fascination with how we encounter nature. Pollan suggested nature lovers might more powerfully commune with the natural world by not just observing nature but eating it.

In this new book, How To Change Your Mind: What the New Science of Psychedelics Teaches Us About Consciousness, Dying, Addiction, Depression, and Transcendence, Pollan suggests that ingesting psychedelics might knock us out of the usual way we think of the environment. I recently visited Pollan at his home in Berkeley, California, to talk about how eating mushrooms made him think like a plant, how psychedelics influenced the environmental movement, and why modern day scientists privately whisper that these chemicals could be the key to saving civilization on Earth.

Q. Let’s start with an important concept in your book, what scientists call “nature-relatedness.” What is that and how do psychedelics affect it?

A. You know, psychologists have a scale for everything. They can measure your personality, they can measure your politics. And one scale I wasn’t familiar with is nature-relatedness. They ask you a series of questions to determine the extent you feel you are a part of nature or apart from it. One of the interesting findings from this new wave of psychedelic research is that people who have had a psychedelic journey tend to have higher scores of nature-relatedness afterward.

A common dimension of a psychedelic experience is the sense that the world is alive — things you thought of as mere objects take on their own subjectivity. I had that experience, in the first trip I describe, outdoors in my garden. I was already open to that idea: I wrote a book subtitled “A plant’s-eye view of the world.” But it was an intellectual conceit until this experience, and then it was like, Ohhhhh, that’s really true. Now that’s not a scientific finding, but …

A. What had been an idea acquired the flesh of conviction. And other people have had this experience, too. I tell the story of Stewart Brand, and his spreading the image of the whole Earth as being a key to crystalize the environmental movement. He had this trip on the roof of his apartment in North Beach (San Francisco), where he could see the curvature of the Earth. Brand had been reading Buckminster Fuller, who points out that when you think of the Earth as a flat and infinite expanse you don’t have any limits — you can extract and exploit because there’s always more. But if you think of it as round, then it’s a spaceship with limited resources. And so Brand thought, Wow if we could get that picture of the whole globe it would change everything. 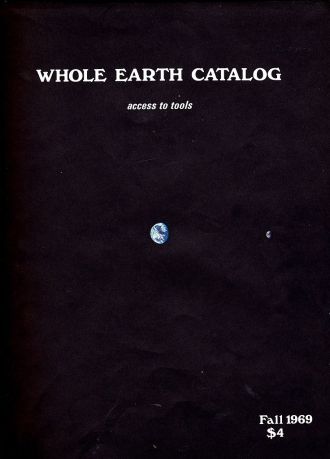 That famous image became the cover of Brand’s Whole Earth Catalog, and it was galvanizing. Now there were other things going on in the ’60s — Rachel Carson, the burning of the Cuyahoga River — but a certain new feeling for nature was profoundly important in the counterculture. I wouldn’t be surprised if the widespread use of psychedelics encouraged people in that direction.

Q. Brand’s epiphany is an example of a second way psychedelics might help — just by shaking up the mind. You use the metaphor of evolution, that these chemicals increase the rate of DNA changes, but with ideas instead of genes.

A. And we are talking about cultural evolution at this point. I’ve often thought that is one of the functions of drugs in culture. They’re planting new thoughts and connecting new dots from Coleridge and opium to Aldous Huxley [and mescalin] — all the artists influenced by psychedelics. That’s not to say it’s a reliable process. It’s often not useful, in the same way that radiation usually leads to mutations that don’t do any good. But every so often something interesting pops up.

Q. What if this is all wrong? What if psychedelics move humanity in the direction of unreason, and fake news?

The ego gives us a sense of separation. That can be very empowering: It allows us to get things done; it allows us to achieve amazing things, but it also has a downside. And the downside is that we objectify everything but ourselves and maybe a couple loved ones and our community.

The objectification of nature has given us the quality of life we have as well as the ability to plunder lands because we don’t think they are inhabited by spirits that we need to concern ourselves with.

Q. Do you want to say something about the risks involved in taking psychedelics?

A. I approached these drugs with a lot of trepidation. What I found was surprising. At the physiological level these are some of the most non toxic drugs we have. I’m talking about the classic psychedelics, LSD, psilocybin, (not MDMA or ketamine or all these things around the edges). There is no known lethal dose. They are non-addictive. But psychologically they are more problematic. Taking them is a powerfully disruptive experience. That vulnerable state can be dangerous if you are not in a very safe environment. That’s one of the reasons I emphasize the importance of having a guide. And then there are certain people, at risk for serious mental illness, who simply should not mess with these drugs.

Q. There’s also danger in being too risk averse. At this moment of environmental crisis we need to take some risks to change. But we have ingrained ways of living, and people don’t want to take risks, especially the older people who tend to hold power. 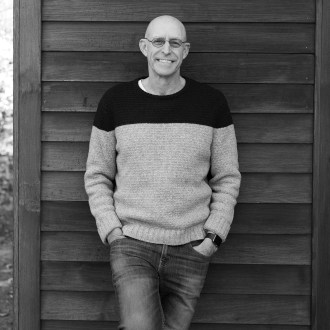 A. Yes, we have our habit energies, as the Buddhists would say, and psychedelics disrupt our habit energies. They also seem to diminish people’s tolerance for authoritarianism. There is a challenge to authority in the unmediated experience of the divine, or wisdom, or whatever it is that seems to be part and parcel of psychedelic trips. But with all these things I’m a little reluctant to generalize. Psychedelics make people so susceptible that they can be used for brainwashing. The experience is so variable depending on context.

Q. We should probably be clear that most of your book is focused on the science behind using psychedelics to treat mental illness.

A. The main focus of the research is on healing the individual, not healing the planet. But it really is an occupational hazard that everyone who works with these substances — in my experience — they come out thinking, You know, this could heal the planet. If you get them out for a drink, they’ll say things like, “I think this has huge implications for the survival of civilization.” Whoa.

The idea that we are in a zero-sum game with other people or other species is a destructive idea that, for whatever reason, psychedelics seem to erode. So what’s the implication of that practically? We don’t have a model to prescribe a drug to a whole culture, except for fluoride, and I’m not suggesting that we should do the same with psychedelics, although it’s an interesting idea. [He laughed]

Am I self-sabotaging because the world’s going to end?