Lisa Murkowski's new plan for the Arctic gets a little help from ... Santa Claus? 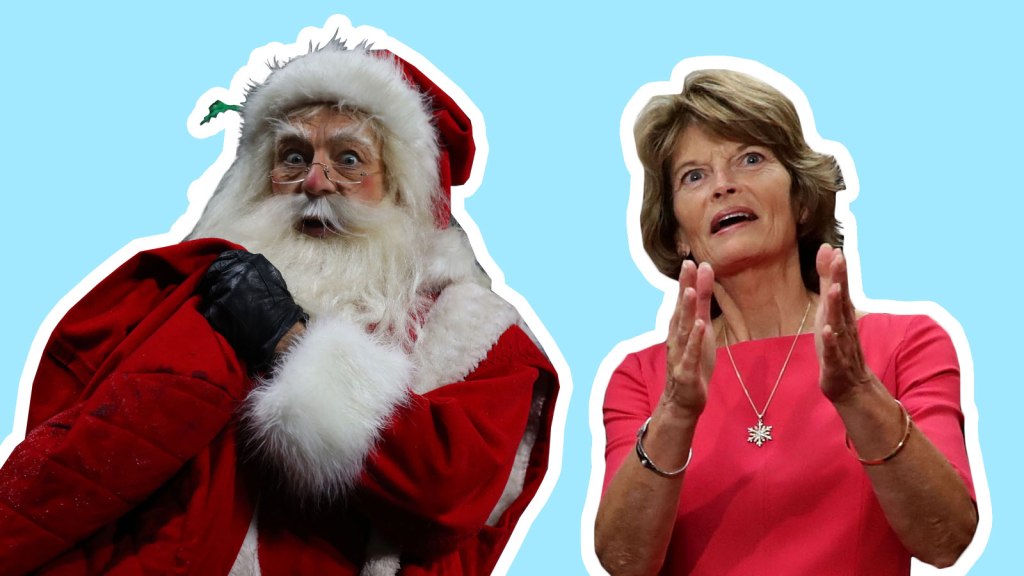 Lisa Murkowski’s new plan for the Arctic gets a little help from … Santa Claus?

Ho ho ho! It’s beginning to look a lot like Christmas … for industries that stand to benefit from a melting Arctic. Alaska Senator Lisa Murkowski, a Republican, introduced something called the Arctic Policy Act last week, and she’s getting a boost from Old Saint Nick.

The bill is a new and improved version of the Arctic Research and Policy Act of 1984, which the senator says needs updating to keep up with the changing Arctic. It’s not lost on anyone that vanishing ice means more economic opportunities for Alaska. And Murkowski has been fighting hard to open up the Arctic National Wildlife Refuge for oil drilling. Thanks to President Trump, that dream could soon become reality.

As part of the senator’s new bill, the president would appoint nine members to the Arctic Research Commission. Seven of those members would be indigenous residents and researchers, and two would be industry representatives. (Looks like this is one list you can get on whether you’re naughty or nice.)

Speaking of Christmas, Murkowski tried to highlight the opportunities for Arctic commerce by invoking the holiday spirit. “I think Santa had this figured out a long time ago,” she said during a Senate floor speech. “Even Santa understood the geo-strategic position of the Arctic.”

Baby, it’s warm outside! Especially in the Arctic, which is warming at a rate double the rest of the planet.