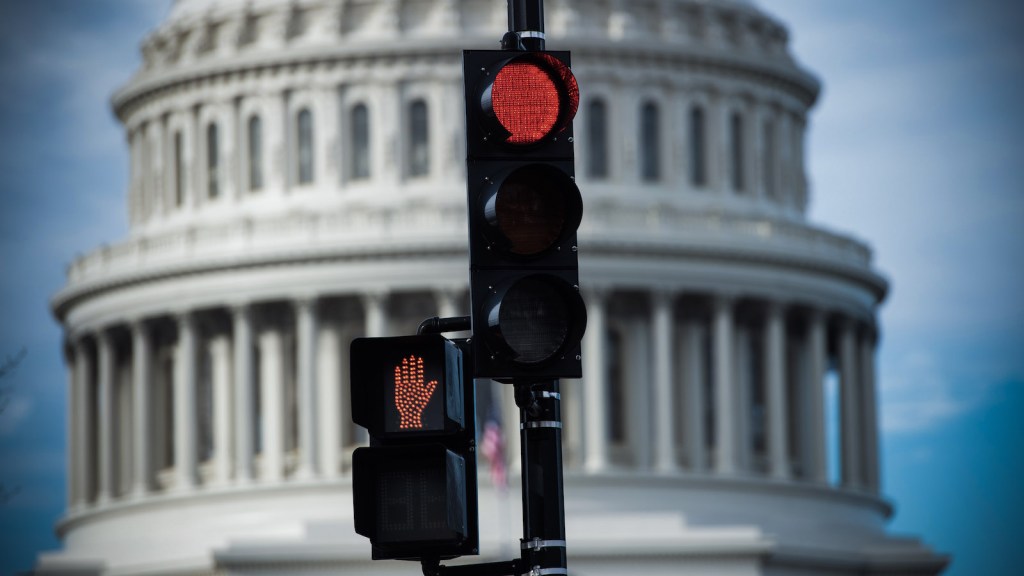 What issues are “worth” shutting down the government for? That, annoyingly, is the question America finds itself tackling again and again in recent years.

Our president was elected on a controversial platform of building a border wall to limit immigration. Now, he says he’s willing to shut down the government within days of Christmas in order to secure billions of dollars in funding for its construction.

On Sunday morning, Trump’s advisor, Stephen Miller, said the president would do “whatever is necessary” in order to build the wall — despite the fact that the general public feels that a government shutdown is pretty drastic. Still, one seems nearly inevitable and would begin this Friday — senators and representatives have already left for their home districts without a plan to avert it.

This seems as good a time as any to offer an important reminder: Climate change is an existential threat to human civilization and without radical action, we’re committing to irreversible destruction of the biosphere — the evolutionary equivalent of a meteor strike.

Which makes me wonder: What would it take for the Democrats to shut down the government — to do whatever is necessary — over climate change?

The first step would be making climate change a core and unrelenting talking point of the party’s platform — and then winning elections specifically with a populist mandate to take immediate, large-scale action on it.

We already have a glimpse of what that world looks like: Recently elected Justice Democrats like Alexandria Ocasio-Cortez, Ilhan Omar, Rashida Tlaib, and 2016 Grist 50 member Ayanna Pressley spoke incessantly about climate change in the runup to their midterm campaigns, rightly framing it as an intersectional justice issue.

The policy platform that has emerged from those electoral wins — the Green New Deal — has already pushed the larger Democratic Party to quickly consider positions that would have been deemed outright radical just a few months ago, like a nationwide 100 percent renewable energy mandate by 2030 and a green jobs guarantee. This kind of rapid shift in dialogue is consistent with the “moon shot” approach that scientists say is necessary to prevent catastrophic warming.

Highly visible groups of young people, led by the Sunrise Movement, have already made clear that they’re not going to go easy on Democratic leadership if it ignores climate change. If the group’s protests escalate — if its members continue speaking with clear, moral language inspired by past civil rights struggles — there could suddenly be a hint in the air that transformative policy change could be imminent, also.

There are already signs that mainstream Democrats are listening. Likely incoming Speaker of the House Nancy Pelosi promised dialogue with Sunrise protesters, though she’s yet to agree to the protesters’ request to direct a special committee explicitly to develop a Green New Deal plan.

On the Senate side, where the rules ensure that the Democrats — still in the minority — could block the president’s infrastructure plans, Minority Leader Chuck Schumer has already made clear that a Green New Deal is the only way forward. (It remains to be seen how insistent he’s going to be on that point.) And just this past Friday, Senator Cory Booker of New Jersey became the second likely Democratic presidential contender (along with Vermont Senator Bernie Sanders) to endorse the idea of the sweeping program. “We must take bold action on climate change & create a green economy that benefits all Americans,” he tweeted.

In the months ahead, it’s not inconceivable that a few dozen Democrats could form a progressive bloc and effectively commandeer the House, refusing to pass legislation on anything until a Green New Deal is signed into law. That, of course, would require a massive push from voters at the same time. It would need to be obvious to Democrats that they’d risk losing elections by not supporting it.