Look! A federal agency is pushing for urgent climate action. 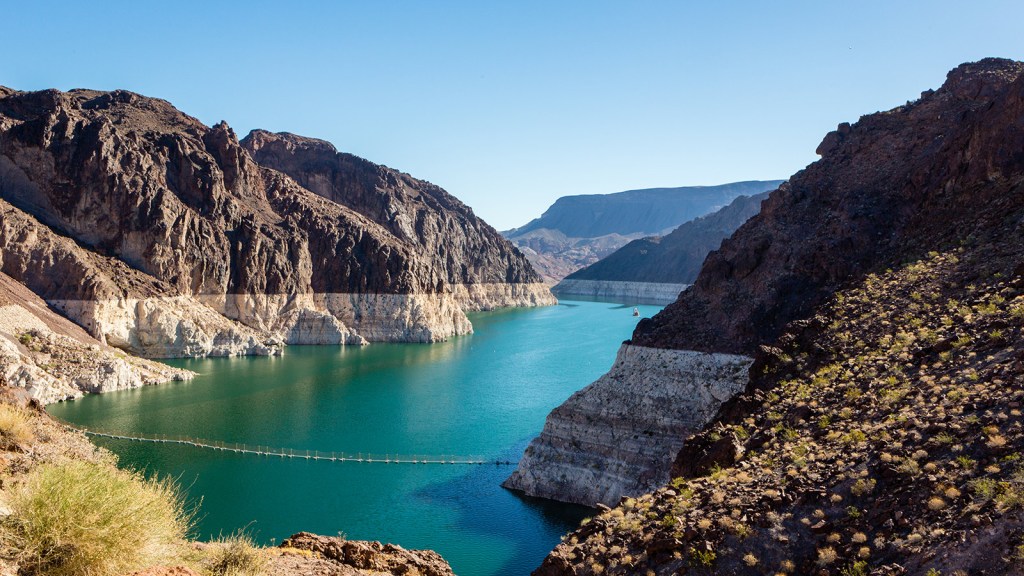 Evan Lang/Getty Images
who said that?

Look! A federal agency is pushing for urgent climate action.

It’s well-understood at this point that the Trump Administration is no friend to science-based governance. But there’s one federal agency bucking that trend.

The Bureau of Reclamation, a division of the Department of Interior, raised fresh alarm in a press release this week about the dire drought in the Southwest.

“We need action and we need it now,” said Trump appointee Brenda Burman, who runs the bureau, in the release. “We can’t afford to wait for a crisis before we implement drought contingency plans.”

Looking at the data that Burman’s agency supplied, though, it’s clear that the crisis is already here. Runoff from the Rocky Mountains into the Colorado River is expected to be just 42 percent of normal this year, which would continue a 19-year dry spell that ranks as the driest on record for the region. Such clear-eyed focus on the urgency of climate action has been almost unheard of for a Trump-era official.

“Dating back to 2000, this current period is one of the worst drought cycles over the past 1,200 plus years,” the bureau’s statement said.

It’s worth emphasizing that last point: There’s a megadrought happening right now in the United States. Over the past decade, according to the bureau’s latest numbers, the risk of reservoirs falling below critical levels has approximately tripled. And there’s “no indication the current low runoff and drought conditions will end anytime soon,” according to the agency. With this winter’s dry weather, the chances of the first official shortage on the Colorado River in U.S. history have risen to 52 percent in 2020.

The Bureau of Reclamation has responsibility for managing much of the water of the western United States, and, so far, it looks like it’s taking that responsibility seriously — using weather and climate forecasts as a primary guide.

As Grist recently reported, tensions are rising along the Colorado River as water levels plummet. The river supplies 40 million people with drinking water, and also nurtures millions of acres of some of the most productive farmland in the country. With booming populations and climate change already strangling water supply, the outlook is increasingly dire.

The way the laws governing the Colorado River are structured, Arizona is first in line for significant cuts should conservation efforts fall short. The state’s water allotment from the Colorado River would be cut by 20 percent starting in 2020, jeopardizing its economic growth. Understandably, folks there are watching what Burman has to say very closely.

The need for quickly coming to consensus on conservation is “vitally important to Arizonans,” said Thomas Buschatzke, director of the Arizona Department of Water Resources, in the bureau’s statement.

While Burman didn’t actually utter the words climate change in her comments this week, her insistence on the urgent need to ramp up conservation is in line with the overwhelming scientific consensus of how climate change is expected to worsen droughts in the Southwest in coming decades.

In her confirmation hearings last year, she said, “I believe that climate change is not a hoax,” which is about as good as can be expected from anyone tied to the Trump administration these days.