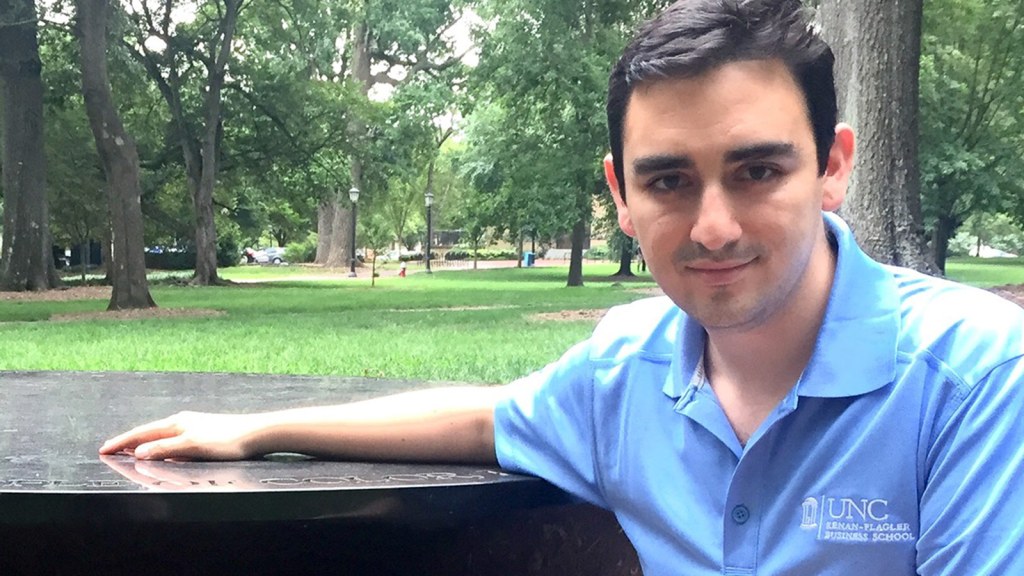 Diego Angarita Horowitz isn’t the first person to have noticed poor health outcomes in low-income communities of color, and how that relates to the inequitable distribution of healthy food. But he was pretty young when he did (barely 20). He graduated from Hampshire College in 2008 with a triple focus in Latin American studies, nutrition, and media studies, and a bunch of community awards in tow. Between 2010 and 2012, he went from coordinating weekly dinners at Nuestras Raices, a food justice nonprofit in Holyoke, Mass., to being its assistant executive director. He helped train youth in food justice advocacy and urban ag projects, run community garden and farm programs, and see firsthand, he says, that “gardening cultivates food — and cultivates social justice.”

In 2013, Horowitz wanted to learn more about renewable energy. So he got involved with Co-op Power. The New England-based, equity-focused energy cooperative aims to get its members off fossil fuels — and to allow them to collectively own the clean energy companies they’re supporting. “I didn’t understand what they did,” he admits. “I thought it was a group of people living in a gated community doing solar installations on each other’s homes, or something.” Horowitz eventually became Co-op Power’s outreach and member services manager, a role that had him overseeing a community solar project spanning three towns and gathering $500,000 in member loans for a new biodiesel production facility.

Today, the learning continues for Horowitz. He’s currently enrolled in a two-year MBA program at the University of North Carolina at Chapel Hill. The motivation: beef up his finance skills so he can help make renewable energy fiscally sustainable for orgs like Co-op Power. “When you figure out that piece of the puzzle — how to pay for it — renewable energy becomes the easiest thing,” he says. “It’s the easiest argument to win.”

While Horowitz has given up day-to-day responsibilities at Nuestras Raices and Co-op Power, he still remains active as a spokesperson and advisor. And he says he has every intention of keeping that up when he’s done with the MBA, too, no matter what the future holds. Here are six reasons we’re watching this urban ag guru turned energy co-op enthusiast turned businessman:

1. He saw early on that food justice is social justice.

Through Nuestras Raices, Horowitz trained local, mostly Puerto Rican teenagers in Massachusetts. He’d get them discussing industrial food systems versus local food systems and Puerto Rican culture and farming techniques. Then he’d get them them working side by side with local elders in community gardens, learning about plants, crop choices, weeds, and how to sell their produce at the farmers’ market.

Horowitz has led and participated in food justice workshops nationwide, too, and helped monitor the outcomes of Nuestras Raices’ farmer training program. He’s learned that community-run gardens can be an effective way to feed people — in more ways than one.

“What we heard from the farmers and the gardeners both is, ‘This is for my mental health. It calms me,’” hey says. “One farmer said, ‘If I stopped doing this I would just drop dead.’ We heard this in a lot of ways. This was their lifeline.”

2. He knows what to focus on when it comes to fighting climate change.

His work with Nuestras Raices and Co-op Energy stems from a desire to help fix the climate. “I saw a report from the World Resources Institute on the top ten countries contributing to climate change — and what industries are creating the most havoc,” Horowitz says. “And the top two are energy and agribusiness.”

3. He’s dedicated to doing the work — and following the movements — that benefit communities of color.

Horowitz pivoted from food justice to energy justice through Energia, the energy-efficiency business that Nuestras Raices and Co-op Power co-created. It’s a small, for-profit company that was built to train low-income people of color in Holyoke and Springfield, Mass., in green job skills.

He’s also followed and participated in several environmental justice campaigns alongside Nuestras Raices and Co-op Power, including shutting down a coal-burning power plant in Holyoke (it’s closed now) and trying to get municipal fleets to be running on biodiesel. “A lot of communities of color see a lot of diesel trucks going through their neighborhoods,” he says — and those communities often have high rates of asthma.

For Horowitz, it’s a win-win: “If you were to buy solar panels with everyone else in your neighborhood and store them in a field miles away, every month on your bill, you’d get credited with the energy you’re generating,” he says. That means you don’t have to be wealthy or pioneering to go renewable; you just have to link up with other like-minded folks.

5. He wants to use for-profit smarts for nonprofit goals.

Every time Nuestras Raices or Co-op Power had an awesome idea, the ol’ “How does the money work?” question kept coming up.

His work with Energia was the inspiration for the MBA: a business can help people and the planet at the same time, but only if it’s financially viable (even getting Energia off the ground took months of negotiations and last-minute fundraising through a Co-op Power membership loan campaign). Elon Musk’s involvement in Solar City, now the country’s biggest solar panel provider, is a big inspiration, too: “He figured out how to finance Solar City and get everyone free solar” — i.e. no money down, says Horowitz. “It’s a corporate model.”

6. He recognizes that building trust is key.

“What I saw at Nuestras Raices is the way you would get people to do things is to get to know them first and build that trust,” he says. “Then, you could ask them to do anything. It wasn’t about the content of what you said; it was about the relationship.” And at Co-op Power: “The whole premise is building that relationship, building a movement that is in line with everyone’s values. Trust is the biggest thing.”