In December 1997, Nadia Flores-Yeffal awoke early in a small town in the state of Guanajuato, in the heart of Mexico. She pulled on her shoes and followed a local guide down a cactus-fringed dirt path, past old adobe houses intermixed with newer construction. They walked for more than an hour, out of the small town where Flores-Yeffal was spending a month to research her senior thesis, until they came to a rocky, snake-infested hill. At the top, she found what she was looking for: the 100-square-foot garden plots where local families farmed their staple crops. The rows of corn and beans were sparse and dry; many of the plots were empty.

The town, which sits on the river Lerma, was in the grip of a drought that would extend through the early 2000s, drying up the river and the soil along with it. There was no irrigation, few crops, nothing to eat. “In one day, as many as 30 people left,” says Flores-Yeffal, who is now a population scientist at Texas Tech University and an expert on the sociology of migration. In the words of local farmers, Flores-Yeffal says, “It used to rain all of the time, and then all of a sudden it didn’t.”

Across Mexico, farmers still wait for rain that doesn’t come. Severe droughts, punctuated by intense storms and flooding, are huge environmental challenges for Mexico in the coming century. By 2080, agricultural declines are expected to drive 1.4 million to 6.7 million adult Mexicans out of the country. Most of those people will come to the United States.

Hardly the drug lords and criminals of Trumpian myth, most Mexican climate migrants are struggling rural people (not unlike Trump’s own supporters). They depend on predictable weather to grow the crops they eat. When they know the rain isn’t coming, or their home has been destroyed in a flood, or some other climate-fueled event has upended their lives, families face limited options: starve or move.

Right now, the primary factors driving Mexicans to migrate to the United States are better economic prospects or family connections — both of which can be twisted up with climate change. But in Mexico and around the world, climate changes tend to reshuffle populations within borders, too. Droughts and floods, in particular, often trigger shorter-distance moves, largely from rural areas into cities.

Worldwide, unpredictable climate will spur movement of the rural, agrarian poor in developing countries, according to the IPCC. Mexico, thanks to its relative wealth and historical ties to the United States, faces a unique situation. The two countries are bound by a tangled human web. 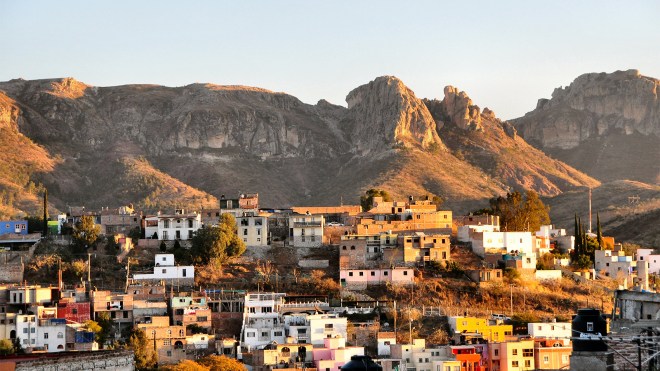 Choosing to stay or go comes down to resources.

“One tempting opportunity is to send a [family] member to a different location,” explains Raphael Nawrotzki, a former researcher at the University of Minnesota Population Center, in Minneapolis. Higher income and a more forgiving climate make the United States and urbanized areas of Mexico both appealing destinations, he says.

Fernando Riosmena, a demographer at the University of Colorado, Boulder, says most rural Mexicans opt for cities in their own country, looking for better financial prospects without giving up their culture or friends or family. The expense and danger of moving to the United States play a role, too. While “the gains might be higher,” Riosmena says, “the risk is much higher as well.”

Of the 7 million Mexicans who relocated between 2005 and 2010, perhaps 1.4 million came to the United States. In other words, only a fifth of Mexico’s total migrants crossed the U.S. border.

But in the little town on the river Lerma, many people head to the United States. Because of the fraught politics of immigration between the two countries, Flores-Yeffal doesn’t give the town’s name in her research, but many of Mexico’s international climate migrants start out in small towns like it, in a cluster of west-central states where the choice to leave is rooted in history.

“What would you do if you were to migrate to a different location?” Nawrotzki asks.

Most likely, he says, you would contact friends who had gone ahead of you. In this particular part of Mexico, many of those friends and relatives have been heading to the United States for decades. Beginning with massive labor shortages during World War II, the United States opened its southern border to millions of temporary workers between 1942 and 1964. Called “braceros,” most came from states in the west-central part of the country, like Guanajuato, following the railroads north.

The first migrants from the town on the Lerma came to the United States after a catastrophic flood in 1954 displaced a third of the townspeople. “That’s where the social network began,” Nadia Flores-Yeffal says.

Those first migrants were a point of contact, when later floods and droughts drove more people from the community. Over time, a many-branched network developed, with links to Chicago, Houston, Dallas, and Long Beach, California. Travelers along it often worked together and lived as neighbors.

“People call it a tradition to help each other,” Flores-Yeffal explains. “Pay it forward.” 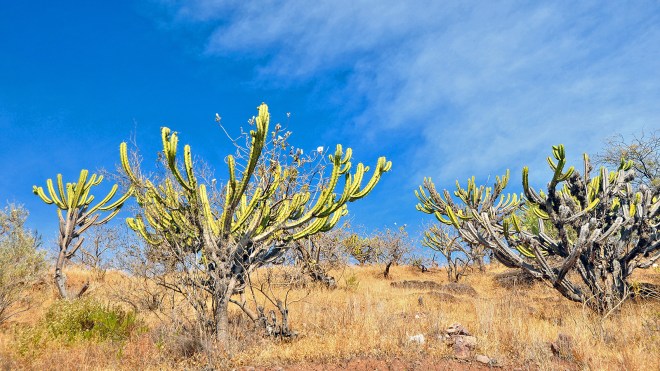 Mexico’s climate story reflects a growing global problem. Worsening droughts, floods, wildfires, and rising seas will drive millions from their homes, all around the world.

“It’s easier to move where you have connections,” Bradatan points out. That’s as true in Morocco and Eastern Europe as it is in the Americas, she explains.

But migration also depends on economic, cultural, colonial, and linguistic ties. Romanians tend to move to Italy and Spain because of historical social networks — but also because all three countries speak Latin-based languages.

Taken together, the many factors that influence global immigration make it a huge and unwieldy thing to predict. No one knows exactly how many people will be uprooted thanks in part to climate change; estimates range from 50 million to as high as one billion. It’s also challenging to predict which regions will be hardest hit, but places already struggling with drought and flooding “will see their problems increase,” Bradatan says. Southeast Asia, the Amazon Basin, and a lot of Africa are all vulnerable. Coastal areas and small island countries will face major displacement, too, experts say, as sea levels rise. In the Pacific islands of Kiribati and Tuvalu, for example, more than 70 percent of households say they’ll probably move if the climate worsens.

You can think of it this way: If one person is forced to leave home, that shift can feel world-changing.  When that upheaval happens on a global scale, it is.

What’s the most eco-friendly dishwasher cycle?