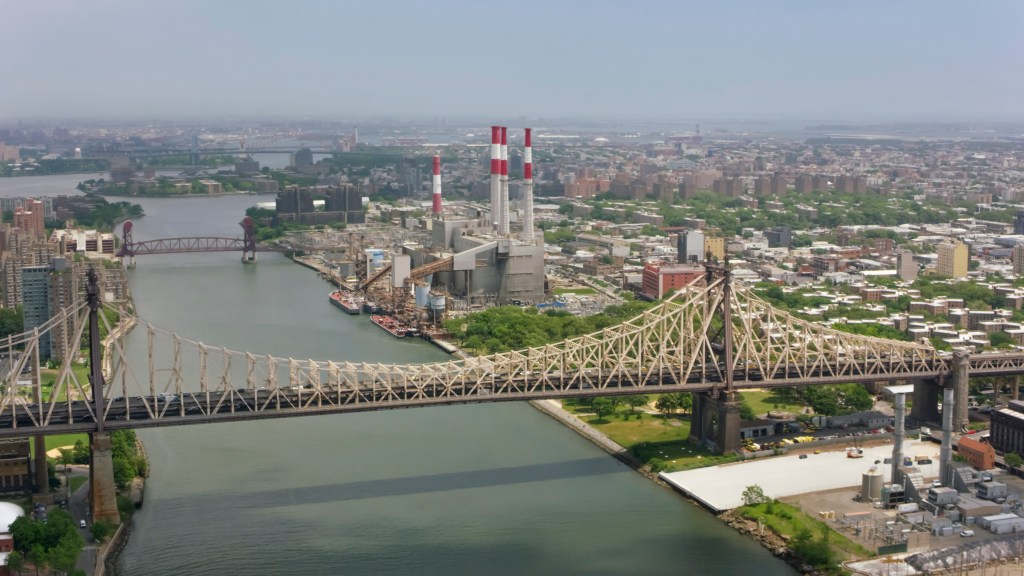 A battle is erupting over a proposed gas pipeline on the doorstep of New York City, with environmental groups claiming the project is unnecessary and would lock in planet-warming emissions for decades to come.

Energy company Williams, based in Oklahoma, plans to build a 23-mile-long underwater pipeline through New York’s lower bay to bring fracked gas from Pennsylvania to New York. The $1 billion project would link existing infrastructure in New Jersey to the Rockaways in the New York borough of Queens.

Pipeline proponents argue the project is needed to allow thousands more New Yorkers to switch from oil to gas for their heating, but environmental groups are marshaling a growing protest movement to pressure Andrew Cuomo, New York’s governor, to block the development.

“This pipeline would incentivize reliance on gas, which is way more carbon-intensive than renewables,” said Robert Wood, a campaigner at 350.org, a climate advocacy group. “It would be a nightmare happening, not in a rural area, but right here in New York City.”

A draft of a study commissioned by 350.org disputes many of the assertions made by Williams and National Grid, the utility that will be the sole customer for the gas. According to the analysis, New York is already well on its way to eliminating the dirtiest types of oil, a carbon-heavy fuel, for heating, and the state’s power operators are forecasting a drop in electricity use due to efficiency improvements.

Measures such as installing heat pumps, replacing old boilers, expansion of renewable energy, and planned improvements to building energy efficiency should be “ramped up before considering construction of costly and potentially risky infrastructure like a massive pipeline in the New York harbor,” concluded the analysis, conducted by Suzanne Mattei, a consultant and former regional director of the New York State Department of Environmental Conservation.

Environmentalists also fret that the pipeline’s construction could stir up toxins from the harbor’s seabed and potentially harm vulnerable marine life such as humpback whales, which have made a comeback to the New York area in recent years.

Wood said a decision on the pipeline will be a “major test” of Cuomo’s green credentials. The Democratic governor previously banned fracking in New York and has set climate change goals that would cut emissions by 80 percent by 2050.

The building of the pipeline would be a “a monumental step backwards” in meeting this target, according to Scott Stringer, comptroller of New York City. Stringer, along with a host of other local elected officials and green groups, contends that while gas has a lower carbon content than oil or coal, methane leaks from gas drilling and transportation can make it a nefarious fossil fuel.

However, National Grid said it has experienced “significant growth” in the need for natural gas in New York City and Long Island, with demand expected to grow by more than 10 percent over the next decade as households make a city-mandated switch away from oil to gas for heating.

“A clean energy transition is good for our customers and the economy, and the right thing to do,” said a statement from National Grid that estimated the so-called Northeast Supply Enhancement Project (NESE) would displace 900,000 barrels of oil a year, the equivalent of removing 500,000 cars from the road.

New York State Department of Environmental Conservation has been holding public hearings into the pipeline in the wake of its approval by the federal regulator. Williams has said it could start construction within a year.

The battle over the pipeline is a microcosm of the struggles within the Democratic party over whether to follow a more incremental approach to climate change or heed the warnings of scientists and conduct a rapid shift away from fossil fuels.

Alexandria Ocasio-Cortez, a congresswoman from New York, has spearheaded the more energetic approach as outlined by the Green New Deal, while Cuomo is seen as more of a moderate on the issue.

While environmental groups are planning a series of protests to sway Cuomo, labor unions, another key part of the governor’s base, have said they support the Williams project because of the promise of thousands of construction jobs.

Meanwhile, it emerged last year that Cuomo hired a Williams lobbyist to run his re-election campaign.

Comment was sought from the offices of Cuomo and Bill de Blasio, mayor of New York City, but neither would answer whether they supported the Williams project.