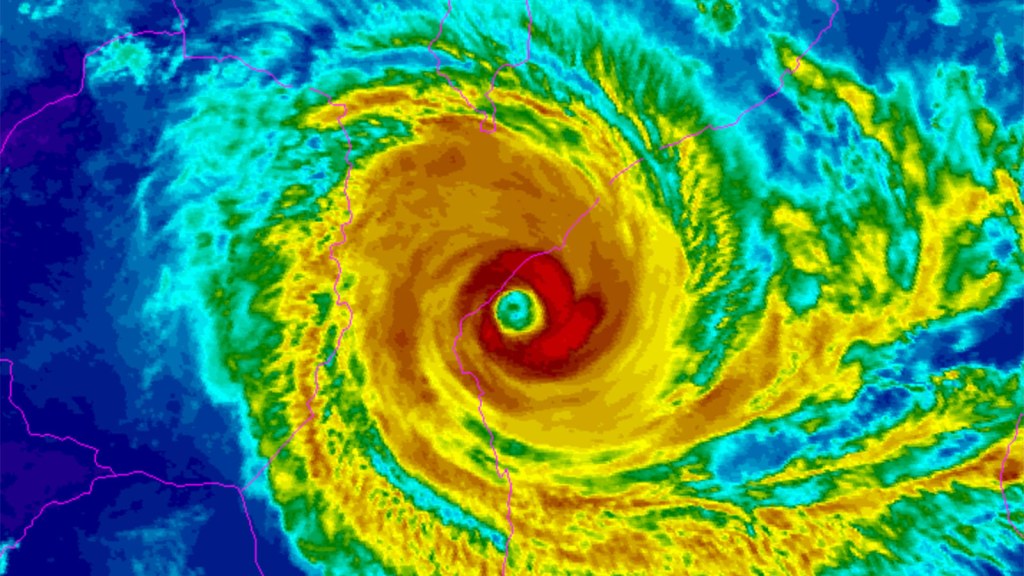 Post-landfall update, March 18: The president of Mozambique says 1,000 people may have been killed by the cyclone, putting Idai among the worst tropical cyclone disasters worldwide in recent decades. The international community has begun to mobilize aid in an effort to avoid further casualties.

A major port city on the coast of southeast Africa is bracing for a direct hit from a powerful tropical cyclone — in a situation the World Meteorological Organization has called a “potential worst case scenario.”

Cyclone Idai is targeting Beira, Mozambique, a booming city of about 500,000 people. The storm packs sustained winds of 115 mph and threatens a month’s worth of rainfall for an already waterlogged region — the makings of a looming humanitarian catastrophe. Meteorologists have called the conditions “extremely dangerous.” So far, blurry social media videos during landfall convey eerie sounds of wind and rain and crashing metal.

In Mozambique and neighboring Malawi, 122 people have died in cyclone-related rains according to a U.N. briefing issued on Thursday, making Idai the deadliest extreme weather event on Earth so far in 2019. More than a million people have already been directly affected by the disaster.

U.N. officials have spent much of the week preparing communities for the worst, which may still be ahead. Government authorities in Mozambique have ordered a coastal evacuation and raised the national alert level to “institutional code red,” its highest state of emergency.

Idai is the strongest tropical cyclone — the generic meteorological term for a hurricane or typhoon — to approach Mozambique since 2000, and the strongest to affect Beira in at least 56 years.

In Beira, residents have been working for years to prepare for a storm like Idai, building retention ponds for floodwaters and trying to focus the city’s growth on higher elevation neighborhoods. But Mozambique is one of the most disaster-prone countries in Africa, and climate change is increasing the severity of flooding events there — as it is nearly everywhere.

That, in combination with the fact that 40 percent of the city lies just three feet or less above sea level, means that Idai could be a huge disaster. In the days before landfall, meteorologists predicted Idai’s storm surge could be as high as 26 feet.