New Jersey tackles food waste and hunger -- for the climate 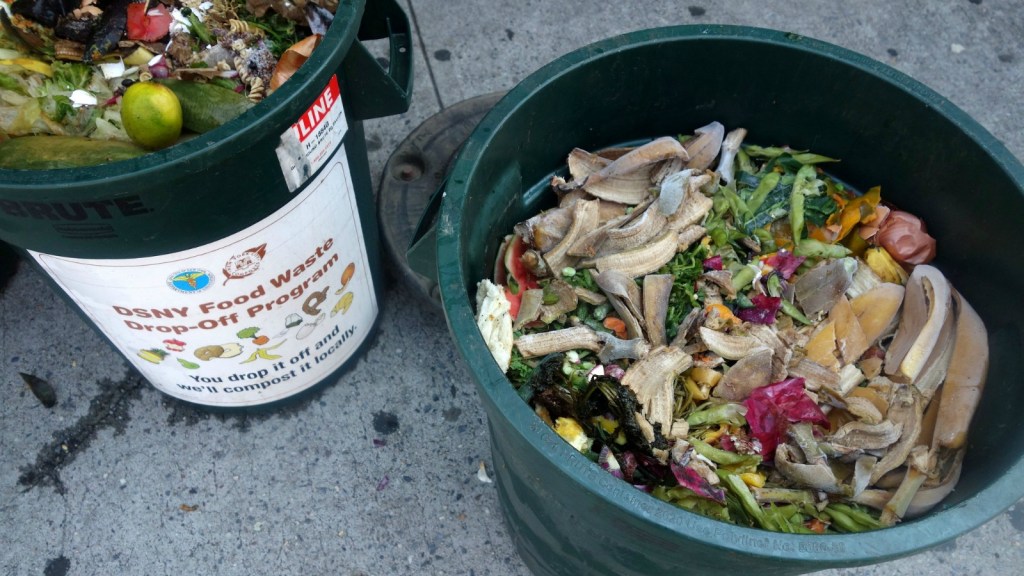 Nick Normal
waste not want not

New Jersey tackles food waste and hunger — for the climate

A new law in New Jersey aims to shrink the state’s climate footprint and feed the hungry by drastically reducing the amount of wasted food that ends up in landfills.

The law requires the state to develop a plan over the next year to cut its food waste by half by 2030. The bipartisan measure, which passed the state legislature without a single dissenting vote and was signed last week by Governor Chris Christie, mirrors an EPA goal for the entire country set under the Obama administration in 2015.

“The beauty of the bill is it’s going to get at two long-festering problems — climate and hunger — at the same time,” said Eric Goldstein, a senior attorney for the Natural Resources Defense Council in New York City. “The states are going to have to take the lead on issues like climate and this new law holds the hope of tackling one piece of that problem.”

Up to 40 percent of the food produced in the U.S. ends up uneaten and tossed into the garbage. So much food is thrown away every year that it adds up to the equivalent of about 20 pounds of food per person every month. Discarded food also wastes cropland and energy that are used in the production of food.

Worldwide, processing wasted food generates about 3.3 billion tons of greenhouse gases annually. That means if food waste were a country, it would be the world’s third-largest climate polluter after China and the U.S., according to the U.N. Food and Agriculture Organization.

When leftovers and rotting fruit and vegetables are tossed out and end up in the dump, they become a major climate problem. Decomposing food pollutes the atmosphere with methane, a greenhouse gas 34 times as powerful in warming the climate as carbon dioxide over the course of a century.

Larry Hajna, spokesperson for the New Jersey Department of Environmental Protection, said that while New Jersey has implemented more effective methane emissions controls at its landfills over the past 30 years, much of the state’s garbage is shipped to landfills out of state where New Jersey officials have no control over emissions.

Less methane will be emitted from those landfills and the climate will benefit if the amount of food New Jerseyans discard is cut drastically, he said.

At least five states either ban organic waste from landfills or mandate food waste recycling to some degree, according to the Harvard Food Law and Policy Clinic.

New York City, San Francisco, Seattle, and Austin, Texas, also have organic waste recycling or composting mandates for homes or businesses to prevent food waste from ending up in a landfill.

“You’ve exacerbated climate change with a harmful greenhouse gas. There are more productive uses for that [wasted] material,” Milstein said.

“We can compost it, turn it into fuel,” he said. “If you’re going to prevent the waste in the first place, rethink how people buy food, how they utilize food. Those are all potential business opportunities.”

The New Jersey legislature is considering — but has not yet passed — other bills that may help implement the state’s new food waste law.

One bill would require supermarkets, restaurants, and other large generators of food waste to separate discarded food from other trash and recycle it. Other proposals would establish new food labeling standards to reduce waste and incentivize food donations.

If New Jersey’s food waste reduction program is successful, it may pave the way for other states to follow, Goldstein said.

“We think the law has real potential,” he said. “It gets the ball rolling, which is a significant thing.”