New study: Antarctica's tipping point is closer than we thought 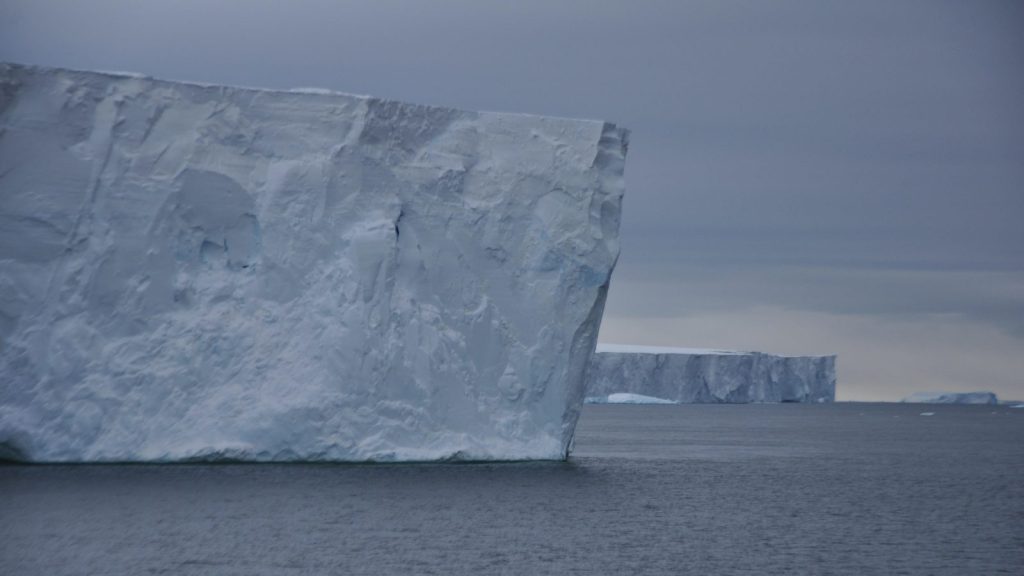 Antarctic ice shelf Photo by James Smith of the British Antarctic Survey, part of the team responsible for this study.
Anti-Freeze

New study: Antarctica’s tipping point is closer than we thought

Antarctic ice sheets have been melting rapidly for hundreds of years, much longer than scientists previously thought, according to a study out Thursday. The findings suggest that estimates for global sea-level rise need to be reworked and that we’re even closer to the day that fish start chasing each other through New York City’s subway tunnels.

The scientists behind the new study in Scientific Reports were able to reconstruct a 6,250-year record of how fast Antarctic glaciers slipped into the sea. They did this by drilling the bottom of the Southern Ocean between Antarctica and Tierra del Fuego and analyzing the layers of mud they pulled up.

The story this mud tells between 4300 B.C. and 300 A.D. is uneventful. But around 1400, the skeletons of diatoms — ubiquitous, jewel-like sea creatures often used for dating ocean sediments — suggest that the weather became warmer. More oxygen isotopes that come from fresh (as opposed to saltwater) started showing up, meaning the glaciers were melting. Then around 1706, the ice began to melt even faster than before.

So natural climate change had cued up the massive Antarctic ice shelves to collapse before human-caused climate change turned up the heat. A random shift in wind patterns has been melting the ice caps for the last 300 years, the scientists wrote, “potentially predisposing them to collapse under intensified anthropogenic warming.”

The more glaciers melt, the more quickly they slide into the ocean. The more quickly ice that was previously suspended above the ocean slips into the water, the more quickly oceans rise and eels get into subway tunnels. This new paper didn’t lay out any new estimates for future sea level rise. But the implication is obvious. A previous study suggested that Antarctic melting alone would raise sea levels by the end of the century as much as 2.25 feet if temperatures increase by 4.5 degrees Celsius. Add that to ice melt from the northern ice caps and high tides are on track to be at least 3 feet higher worldwide by the end of the century, and maybe higher. This new finding suggests that might all happen sooner than later.