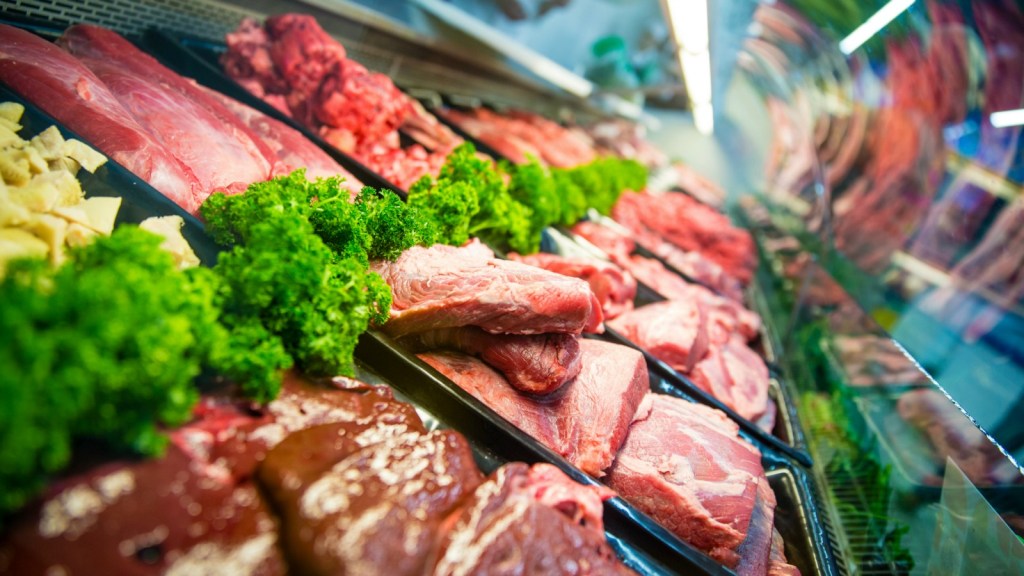 Last year, the USDA pulled the ol’ bait-and-switch on us at Grist. The bait: Rumors surfaced that new dietary guidelines might advise Americans to eat less beef for the environment’s sake. The switch: Two days later, we heard that the guidelines wouldn’t mention the environmental impact of food at all.

Feeling disillusioned, we wondered if the USDA might actually end up catering its dietary recommendations to the meat industry’s desires. After all, the meat processing and livestock industries have contributed hefty sums to members of Congress.

Well, now the new dietary guidelines have been released. The outcome: The meat industry won and kept environmental concerns out of the picture.

Lean meat, turkey, and chicken were endorsed as part of a healthy diet, and the government recommended people consume less than 10 percent of their calories per day from saturated fats, which are found in red meat, butter, whole milk, and some oils.

“Given the huge health and environmental costs of diets high in factory farmed meat, the lack of clear guidance on lowering meat consumption does a disservice to the public and our future food security,” Kari Hamerschlag, senior program manager with Friends of the Earth, said in a statement. “The administration has clearly put the financial interests of the meat industry over the weight of the science and the health of the American people.”

When pressed about the omission of specifics on red meat, and whether the federal government bended to industry interests, [Karen] DeSalvo [assistant secretary for health at U.S. Department of Health and Human Services] replied that the guidelines reflected the best science available, and not of other influences or input.

But in an unexpected move, the guidelines do recommend less protein (and therefore meat) for men and boys for health reasons, rather than environmental reasons. Maybe it’s time to take a cue from John Harvey Kellogg — of Kellogg cereal fame — who led a crusade against protein and advocated a vegetarian diet. His 19th century quackery, surprisingly, might have a grain of truth to it. Our society has gone through stages of avoiding fat, and then carbs (to the point of mirroring the dietary habits of cavemen — who, it turns out, actually did eat carbs). It could be protein’s turn next.

So what do the guidelines recommend overall? In short: You should eat less sugar, more fruit, and more vegetables. Surprise!