California gas leak is so bad that governor declares emergency 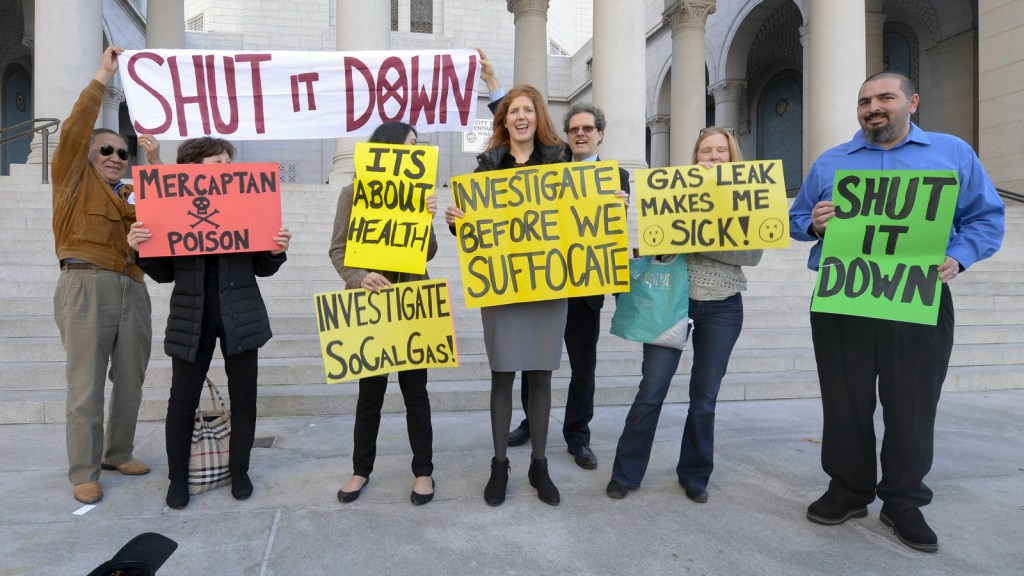 California gas leak is so bad that governor declares emergency

California Gov. Jerry Brown (D) declared a state of emergency Wednesday in response to the methane leak that has been spewing foul-smelling and toxic gas into the Porter Ranch area of Los Angeles for months. Thousands of local residents — some of whom have experienced vomiting, nosebleeds, headaches, and dizziness — have already left the area, and more plan to follow suit.

NPR reports that the Southern California Gas Company “acknowledges that the odorant in natural gas is ‘unpleasant’ but maintains the leak ‘does not pose an imminent threat to public safety.’” Tell that to the dizzy, vomiting, now-homeless locals.

And relocating the fleeing residents won’t be easy. “Demand for rental properties in the area has skyrocketed, and member station KPCC has reported on potential price-gouging,” according to NPR. But at least the suffering locals aren’t getting stuck with the whole tab: “Southern California Gas Company is picking up much of the relocation fees, paying out thousands of dollars to each family who has been affected,” KPCC reports.

Besides the concerns about residents’ health and homes, the leak is a huge climate problem. Methane is an incredibly potent greenhouse gas; it traps 86 times more heat over a 20-year period than carbon dioxide does.

The governor’s office released a plan to deal with the disaster that includes stopping the leak, protecting the public, holding SoCalGas responsible, and strengthening oversight. That sounds nice, but experts still say the leak will take months to fix.

The leak has been spewing 33 tons of methane per hour into the atmosphere, making it the largest gas leak in history and the worst environmental disaster since the BP oil spill.

CORRECTION, 1/7/16: This post originally stated that 30,000 people would be evacuated from the area. In fact, though 30,000 people live in the Porter Ranch area, only a portion of them have left or are planning to leave. The New York Times reports that more than 2,000 families have left so far.