Now we know how Trump's meeting with G7 leaders went down 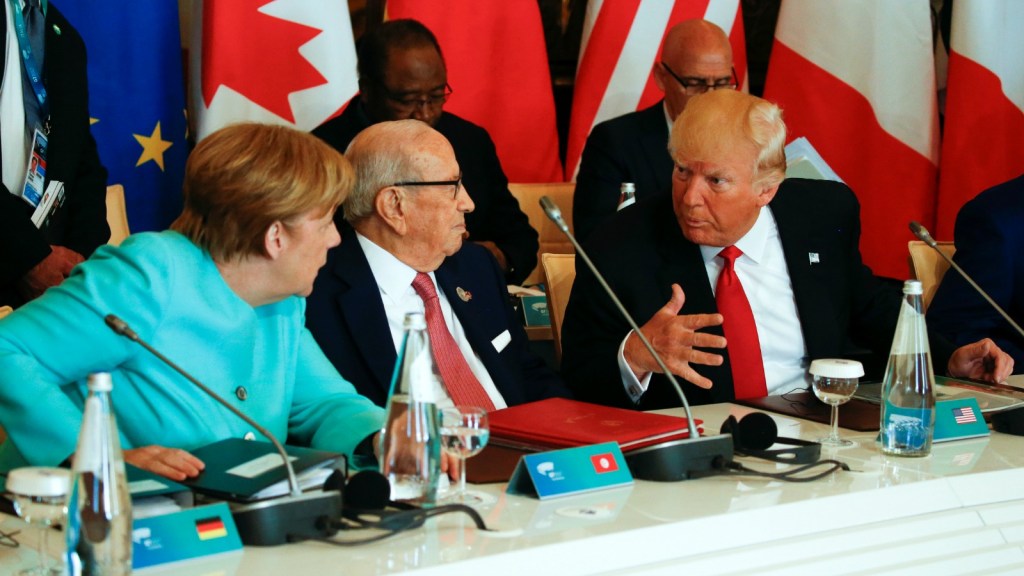 German magazine Der Spiegel has been given access to minutes from a contentious meeting of G7 leaders in Taormina, Sicily, at the end of May, in which they applied last-ditch pressure on President Donald Trump to stay in the Paris climate agreement.

The meeting came towards the end of Trump’s first trip abroad as president — and became an opportunity for world leaders to intensely lobby the American president before Trump’s final decision on whether the U.S. would leave the historic climate accord.

The leaders told Trump in no uncertain terms that if the U.S. abandoned the agreement, China would be the direct beneficiary.

“Climate change is real and it affects the poorest countries,” said Emmanuel Macron, the newly elected French president, at the outset of the private conversation.

Canadian Prime Minister Justin Trudeau then told Trump that the success of repairing the ozone layer proved that industry could be persuaded to act on harmful emissions, according to the account.

Then, German Chancellor Angela Merkel brought up China: “If the world’s largest economic power were to pull out, the field would be left to the Chinese,” she said. According to Der Spiegel, Merkel added that Chinese President Xi Jinping was preparing to take advantage of the vacuum left by America’s exit. Even Saudi Arabia, she added, was preparing for a world without oil.

Trump was unmoved. “For me,” the president reportedly said, “it’s easier to stay in than step out,” adding that green regulations were killing American jobs.

As it became clear Trump would not budge, Macron admitted defeat, according to this account.

The account adds fresh details to the president’s fraught European trip. Following the meeting, the G7 broke with tradition to release a statement where six nations reaffirmed the Paris climate agreement, without the U.S. The president also caused a diplomatic scuffle in Italy after accusing Germany of being “very bad” on trade and appeared to literally shove aside a leader of a NATO ally.

In a Rose Garden ceremony last Thursday, Trump announced that the U.S. will leave the historic Paris climate agreement — promising to “begin negotiations to reenter either the Paris accord or an entirely new transaction on terms that are fair to the United States.”

In response to the president’s announcement, President Macron of France released a video statement saying, “If we do nothing, our children will know a world of migrations, of wars, of shortage. A dangerous world.”