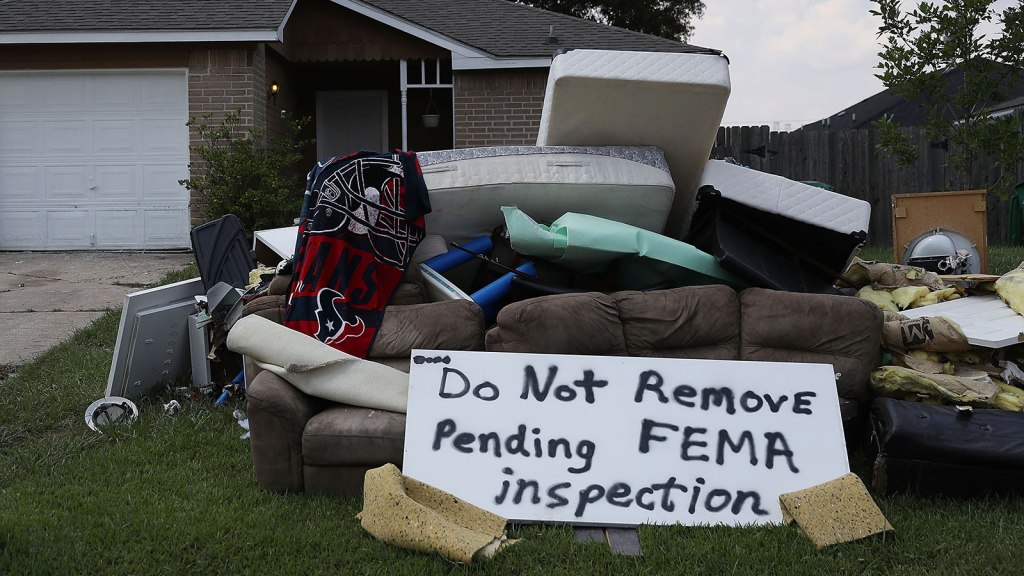 Who gets public money after natural disasters — and who doesn’t?

A new NPR investigation and analysis of previously unreleased Federal Emergency Management Agency data shows that, regardless of need, post-disaster government funds tend to favor the privileged over the poor.

The story opens with the tale of two Houston families, both of which lost their homes due to storm-related flooding in 2017: a newly married, financially comfortable homeowning couple who received $30,000 in FEMA funds and more than $100,000 in tax refunds, and a family of renters consisting of a single mom and three kids, who were only given $2,500 in federal aid for a rental deposit.

The disparities in the two families’ financial situations only snowballed after the flood. While the wealthier couple was able to qualify for a low-interest loan to rebuild, the single mom landed in hot water with FEMA for choosing to use her funds on a vehicle for her family members to commute to work and school, and was not able to qualify for other sources of federal aid due to her low credit score.

“Cities are often very unequal to begin with,” says James Elliott, a sociologist at Rice University, told NPR. “They’re segregated and there are lots of income disparities, but what seems to happen after natural hazards hit is these things become exacerbated.”

Here are some of the investigation’s main takeaways:

As you might imagine, FEMA officials are none too pleased about the NPR investigation. A FEMA spokesperson provided the following statement:

“FEMA does not choose which properties participate in buyouts or acquisitions. Each state (grantee) works with their local governments to determine communities and residents who are interested in taking part of buyouts of repetitive loss properties. […] Each county floodplain manager and local officials know best the needs of their communities. We trust and support local and state officials during the buyouts process.”

Check out the entirety of the NPR FEMA investigation here.