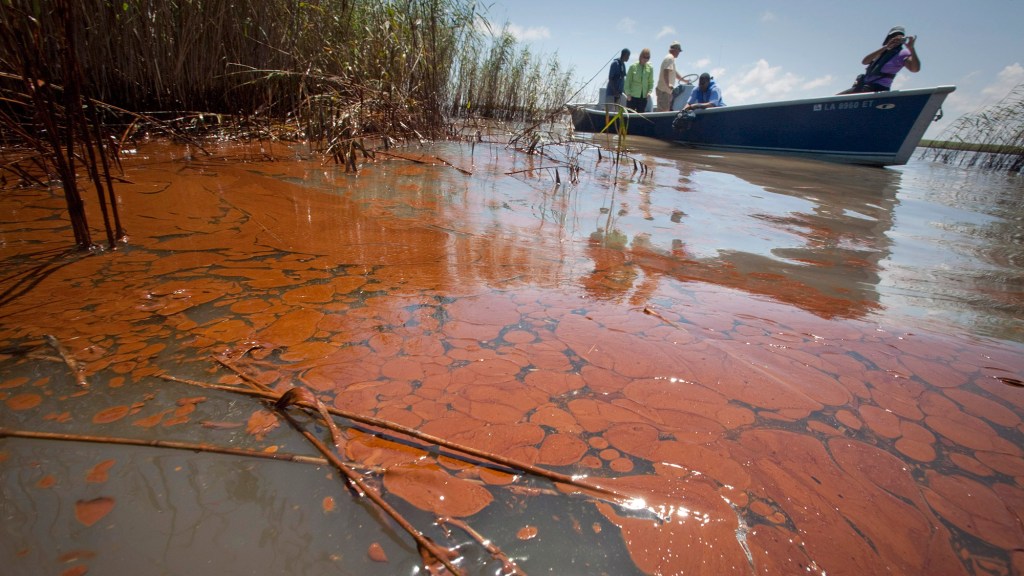 How could you relate when you ain’t never been great?
And rely on oil money to keep food up on your plates?
I might sell a rig on my birthday
36 years of doing dirt like it’s Earth Day.

You might recognize those lyrics from the song “Numbers on the Board” from the artist Pusha T., though slightly modified. Those bars are how I imagine someone like BP CEO Robert Dudley might spit them, as he eagerly declares that the Gulf Coast is clear four years after his company’s Deepwater Horizon offshore oil rig exploded.

The date of that disaster happens to coincide with Earth Week, which means millions of faithful environmentalists are at attention — and they want a full accounting of just how clear the coast actually is. Given that most of the nation benefits from the spoils provided by the Gulf — its seafood, storm protection, beaches, vacation resorts, and fuels — that accounting is expected from Americans in general. And what would your favorite shows like “True Blood” and “True Detective” be without the Gulf’s glorious backdrops?

Last week, I wrote about three victories that have emerged since the BP disaster, but the flip side of that is a host of problems that continue to plague the Gulf, which has suffered a whole string of insults, from Hurricane Katrina to ongoing erosion of its coastlines due to to erosion and fossil fuel extraction. Below is an index of statistics on the Gulf’s health, cobbled together from recent news articles, reports, and datasets documenting damage done to the coast: