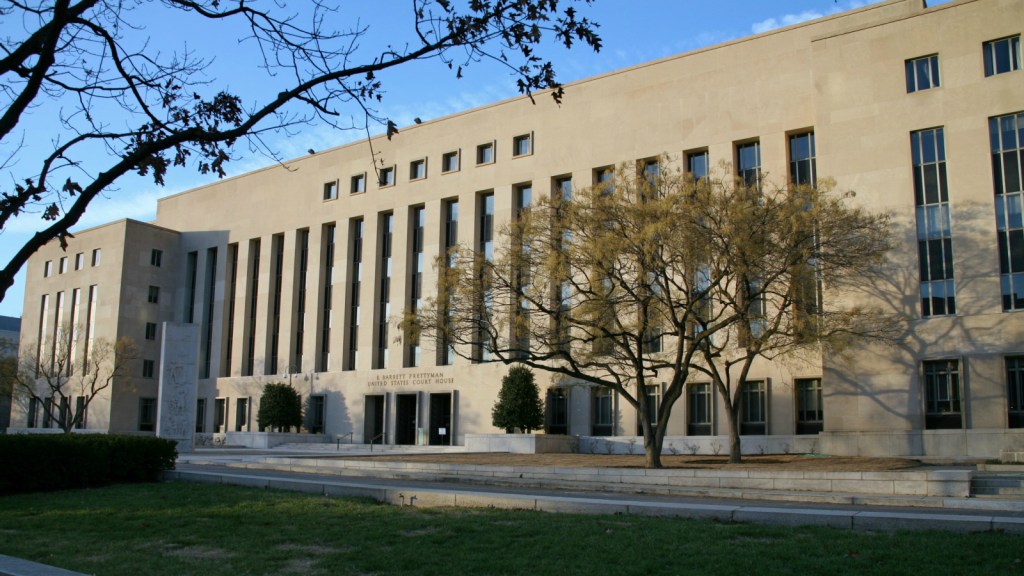 The Clean Power Plan is a set of restrictions on carbon dioxide emissions from the nation’s power plants. Projected to cut the electric sector’s CO2 output to 32 percent below 2005 levels by 2030, the plan is generally acknowledged as one of the most significant efforts to curb greenhouse gas pollution in U.S. history. Unsurprisingly, it’s also quite controversial.

Twenty-seven states, along with a bunch of coal companies and coal-dependent utilities, are suing to block the plan, arguing that it exceeds the EPA’s authority under the Clean Air Act. But 18 other states — plus seven municipalities, more than a dozen environmental organizations, and a different assortment of utilities and industry groups — have intervened to support the EPA.

What’s a motion to stay?

A motion to stay is a request to suspend a regulation pending resolution of a court challenge. Essentially, the Clean Power Plan’s opponents wanted the D.C. Circuit to press pause on the plan until their case was decided. While the plan’s emission limits aren’t scheduled to take effect until 2022, states are supposed to submit initial descriptions of how they’ll satisfy those limits by September 2016. A stay would have spared them that obligation.

How excited should I be about the court’s decision?

On a scale of 1 to Jessie Spano, maybe a 6? To be sure, a stay would have been a very big and bad deal for the EPA. Given the typical timeline for this sort of litigation, the Clean Power Plan could easily have ended up on hold for the remainder of President Obama’s time in office. And if Obama were succeeded by someone hostile to greenhouse gas regulation — like, say, any of the Republican candidates — EPA could have found itself unable to effectively implement the plan’s emission limits even if it ultimately won the case.

So by all means, toast the EPA’s victory, but don’t break out the really fancy stuff just yet. Temporary triumph notwithstanding, the Clean Power Plan is hardly in the clear. The court still has to rule on the merits of the case, and the stay denial doesn’t necessarily signal that the judges are wholly unpersuaded by the challengers’ claims. “Likelihood of success on the merits” is just one of the factors the court weighs when deciding whether to grant a stay. It also has to consider whether the stay (1) is necessary to prevent “irreparable harm” to the challengers, (2) would harm any third parties, and (3) is in the “public interest.” In other words, even if the judges think the challengers have a decent chance of winning, they could have denied the stay due to a failure to show one of the other elements, like irreparable harm. Unfortunately, the text of the court’s order provides few clues to the court’s reasoning, stating simply that the challengers did “not satisf[y] the stringent requirements for a stay pending court review.”

Despite the vagueness of the order itself, readers of judicial tea leaves see reason for optimism in the names of the judges who signed it: Two of the three assigned to the case were appointed by Democratic presidents, one by Obama himself. But keep in mind that even if EPA does win over this panel, the challengers are pretty much certain to seek (and get) further review by the Supreme Court.

For the lawyers, more arguing. For the states, more implementing. For everyone else, more waiting.

The court expects the parties to the suit to file all of their written briefs by April 22 — Earth Day, as it happens. (Full disclosure: My employer, the Institute for Policy Integrity at New York University School of Law, will be filing an amicus curiae — or “friend of the court” — brief in support of the EPA.) Oral argument will follow in early June. And then the court will probably take at least a few months to issue a ruling.

In the meantime, state regulators, even in jurisdictions suing the EPA, have to operate on the assumption that the Clean Power Plan will take effect on schedule and develop their implementation proposals accordingly.

As for the rest of us, we’ll keep our fingers crossed and our Veuve on ice.

Jack Lienke is a senior attorney at the Institute for Policy Integrity and a coauthor, with Richard L. Revesz, of Struggling for Air: Power Plans and the “War on Coal.” Follow him on Twitter at @jacklienke.