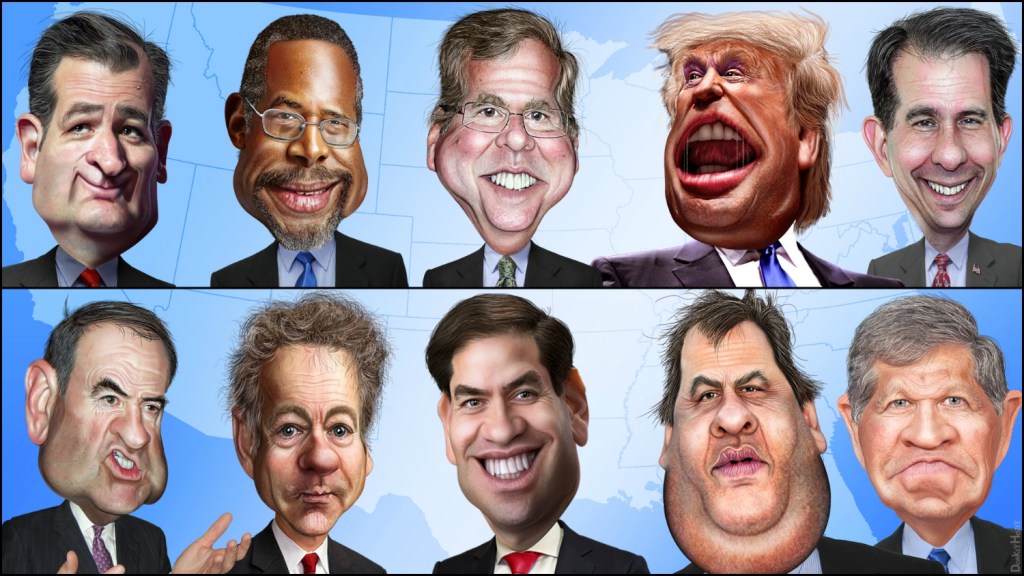 The Republican presidential candidates do not support EPA’s new Clean Power Plan. They made that abundantly clear on Monday, when President Obama rolled out the final rule limiting carbon emissions from existing power plants. GOP frontrunners derided the rule with the usual anti-government adjectives: Jeb Bush called it “overreaching” and “irresponsible,” while Ted Cruz said it was “lawless and radical.”

This is as predictable as it is worrisome: Virtually the entire Republican field does not accept climate science and opposes regulating climate pollution. The contrast with the three serious Democratic candidates, all of whom praised the rule and have previously pledged to defend it, could not be starker.

So what will it mean for the Clean Power Plan if a Republican wins the presidency next year? He will get rid of the rule if he can. That would not only cause more climate pollution and conventional pollution; it would undermine the U.S.’s credibility internationally by making it unlikely that we’ll meet our commitments under international climate agreements. In fact, the mere threat of a future Republican administration is already a specter looming over the climate negotiations that will take place in Paris this December.

But can the next president undo the rule? Not necessarily, but they could do a lot to undermine it and render it toothless. To actually repeal a rule that has already been finalized, EPA would have to go through a new rulemaking process, which takes years. And it would be challenged in court, forcing the agency to demonstrate a “rational basis” for its action.

Aside from that, there are three other potential chokepoints: the legislature, the courts, and the implementation through the states.

First, Congress could simply pass a law repealing the rule. A Republican president surely would sign it, if such a bill ever got to his desk. If Democrats retake the Senate next year, which is possible, that won’t happen. Even if the GOP maintains control of both Houses of Congress, they probably won’t have enough Democratic votes to overcome a filibuster in the Senate. But they could attach repeal to the budget, which can pass the Senate on a simple majority vote. They could also pass a budget that defunds enforcement of the Clean Power rule, which a Democratic president would veto but a Republican would not.

Second, the inevitable legal challenges could undermine the rule. Twelve states filed suit a year ago against the proposed rule. While the courts declined to intervene until the rule is finalized, there will be at least as many states contesting it again now, in addition to suits from energy companies. How the next administration responds could affect the outcome. Will they vigorously defend the Clean Power Plan in court? Will they choose not to appeal adverse rulings? How will they rewrite any provision that does get struck down? Will the president appoint judges who are likely to overturn the rule?

Finally, the president could simply neglect to enforce the law and let it wither. This has been the Republican approach to laws governing everything from workplace safety to racial discrimination in housing and employment. And the Clean Power Plan’s design really lends itself to this. States are required to submit their plans for reducing emissions between 2016 and 2018. The Obama administration is encouraging them to start early by making only projects begun after they submit their plans eligible to earn tradable credits. In a blue or purple state, that might motivate the state government. But in red states, especially ones dependent on fossil fuels like Kentucky, there is just going to be too much resistance to cooperating, and red-state leaders will be holding out to see who wins the presidential election.

If there is a Republican in the White House starting in 2017, he could have his EPA sign off on inadequate plans. It’s too soon to say how exactly they would go about this, but it’s easy to imagine the general approach. EPA could allow states to make plans based on unrealistic assumptions that make it seem as if they will cut more carbon than they really will. The Clean Air Act provides EPA with legal authority to create a compliance plan for states that don’t do it on their own, but since that won’t happen until under the next president, that too could be weakened by a Republican. Environmentalists, public health groups, and others would file suits challenging this sort of lax enforcement, but those suits would take years to wend their way through the courts, and action would stagnate in the meantime.

So if you thought President Obama had cemented his legacy of climate achievement with the Clean Power Plan’s finalization, think again. A lot of what it accomplishes is going to depend on his successor. And if that’s a President Bush, Cruz, or Trump, watch out, because they’ve all made it very clear that they’re not scientists.