In April, renewables outpaced coal in energy production in the U.S. for the first time — ever. And it looks like the trend could continue through the end of May. Is even our energy sector getting KonMari-ed?

Coal is typically our second largest source of energy after natural gas. That changed this spring: Renewable energy, like hydro, solar, wind, and geothermal, is projected to exceed coal-powered energy by 325,000 megawatt hours per day in April, and by 32,000 megawatt hours per day in May, according to a new report by the Institute for Energy Economics and Financial Analysis. 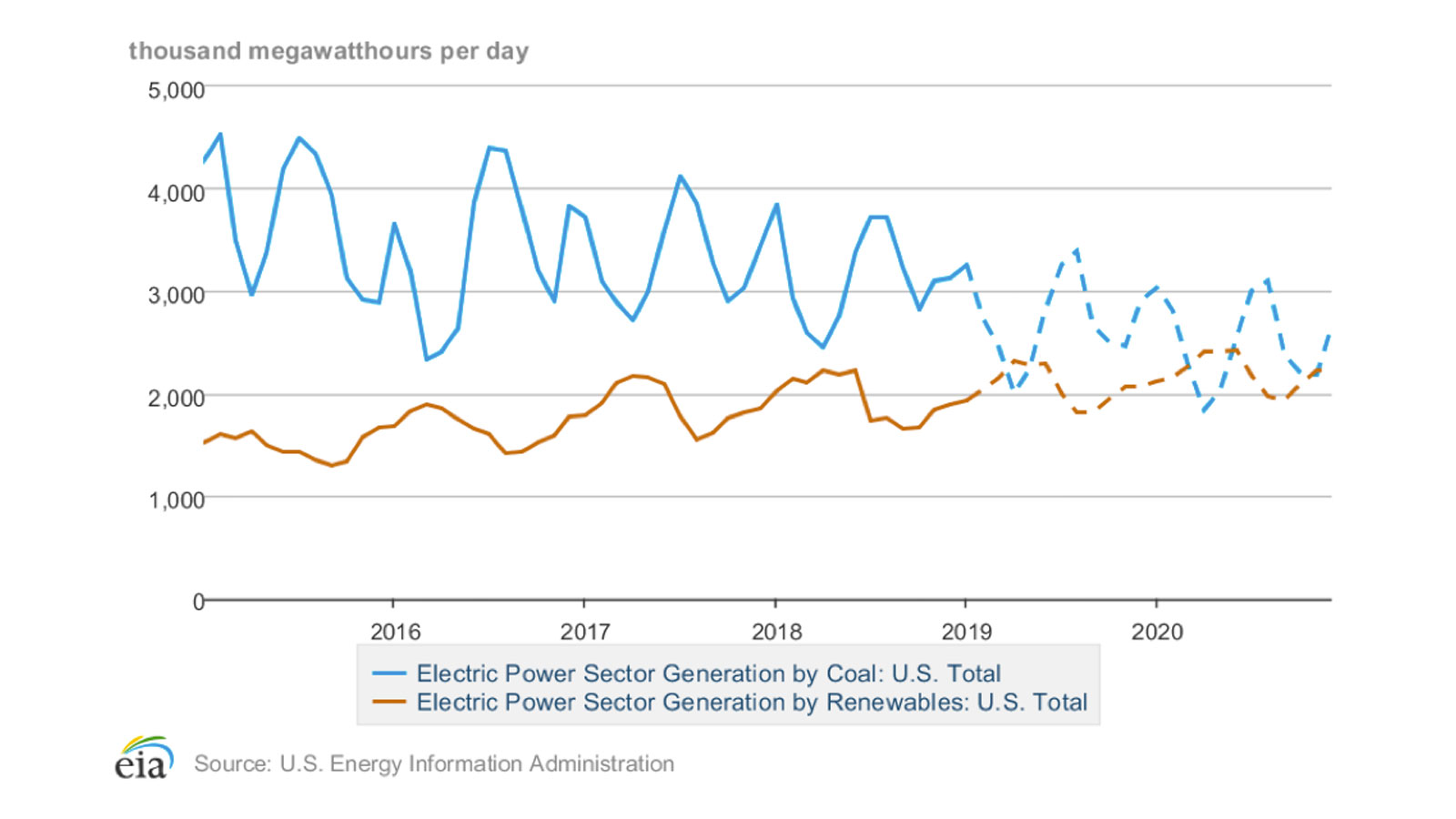 This landmark win for clean energy is, however, short-lived. By June, these same projections estimate coal will reclaim its No. 2 position. Coal-powered plants undergo seasonal cycles of output that often result in a slow spring period as plants close for maintenance to prepare for the more demanding summer. Coincidentally, spring also sees hydro power spike in energy production. The IEEFA estimates that it will be a few years still before renewables can consistently surpass coal in energy production.

The growth of renewable technology over coal reflects the ascent of natural gas to energy dominance. In April 2015, natural gas saw its moment in the spotlight as it outpaced coal for the first time. After a few fluctuations, by the beginning of 2018, natural gas became the uncontested primary energy source. So that’s a good indicator for renewables.

“Coal’s proponents may dismiss these monthly and quarterly ups and downs in generation share as unimportant,” the IEEFA report concluded. “But we believe they are indicative of the fundamental disruption happening across the electric generation sector.”

With over 100 U.S. cities committed to clean energy, and with the price of solar and wind falling by 90 percent and 70 percent, respectively, in the last decade, the future’s looking bright — and powered by renewables.