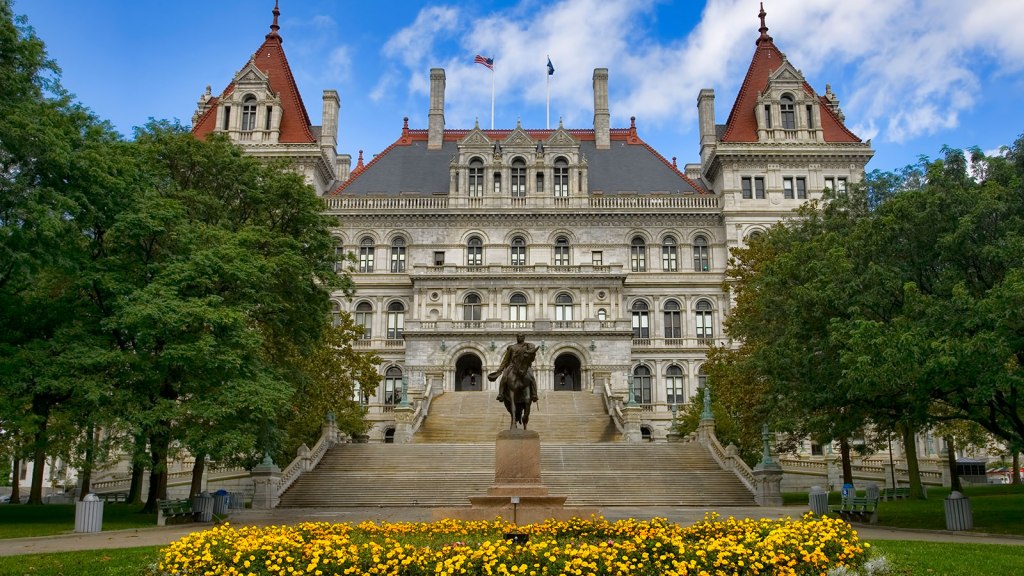 Thirty-five scholars, policy experts, and researchers from across the country are urging New York Governor Andrew Cuomo and state lawmakers to commit the state to zero net emissions by 2040 by the end of this year’s legislative session in June.

In a letter sent to Cuomo and state Senate leaders on Monday, these experts laid out how and why New York state is uniquely positioned to achieve this goal and serve as a model for other state, national, and international policies.

The thinking behind the letter: New York finally has the support it needs to pass strong climate legislation, so lawmakers should strike while the iron is hot.

“Now that the Senate has flipped to Democratic control and is led by advocates of climate action as well, this seems a perfect time to enact a new law,” said Michael Gerrard, a signee and professor at Columbia Law School’s Sabin Center for Climate Change Law.

Cuomo has a track record of talking big, and sometimes acting big, on climate. He famously banned fracking in New York state, and was one of President Trump’s most fiery critics over the plan to withdraw the U.S. from the Paris climate agreement. But Cuomo’s critics point out that he has been slow to condemn the Williams pipeline, which would bring fracked gas from Pennsylvania into the state.

With the exception of the pipeline, things are already looking greener in New York. The state Senate just passed a landmark package of bills on Tuesday, amending the state constitution to guarantee a right to clean air, clean water, and a healthy environment for all. They’re also in the process of considering the Climate and Community Protection Act (CCPA), a progressive measure that would mandate a totally carbon-neutral economy by 2050 and institute a handful of equity provisions. Plus, New York City just passed its own Green New Deal, and Mayor Bill de Blasio has pledged to take the New York real estate industry to task over its emissions.

The letter proposes a two-pronged approach to reaching zero net emissions by 2040: Decarbonizing the energy sector first, and only then buying offsets for some of the most challenging sources of emissions to eliminate, such as those from agriculture, flying, and cement production.

“Achieving zero net emissions, rather than zero direct emissions (which means not emitting any CO2 at all), is ambitious, consistent with the scientific recommendations of the IPCC, and provides greater flexibility to meet climate goals at lower cost,” the letter reads.

The experts say decarbonizing electricity is the “linchpin” to achieving zero emissions, not only because energy is one of the biggest emissions culprits, but also because carbon-neutral energy is essential for cutting greenhouse gas emissions in the industrial, heating, and transportation sectors. They advocate for using all possible forms of carbon-free energy. “The legislation should focus on achieving key ends (carbon-free electricity) rather than specifying a limited set of means (specific technologies),” they write.

Michael Davidson, a signee and research fellow at Belfer Center for Science and International Affairs, Harvard Kennedy School, said he is excited to see what New York state passes. The resulting legislation be a guide for other states looking to uphold the Paris Agreement, and it could inform the national discussion about how to decarbonize the economy, he said.

“We hope that the leaders in Albany will now sit down and hammer out a deal that works for everyone,” said Gerrard. “The differences seem quite bridgeable.”