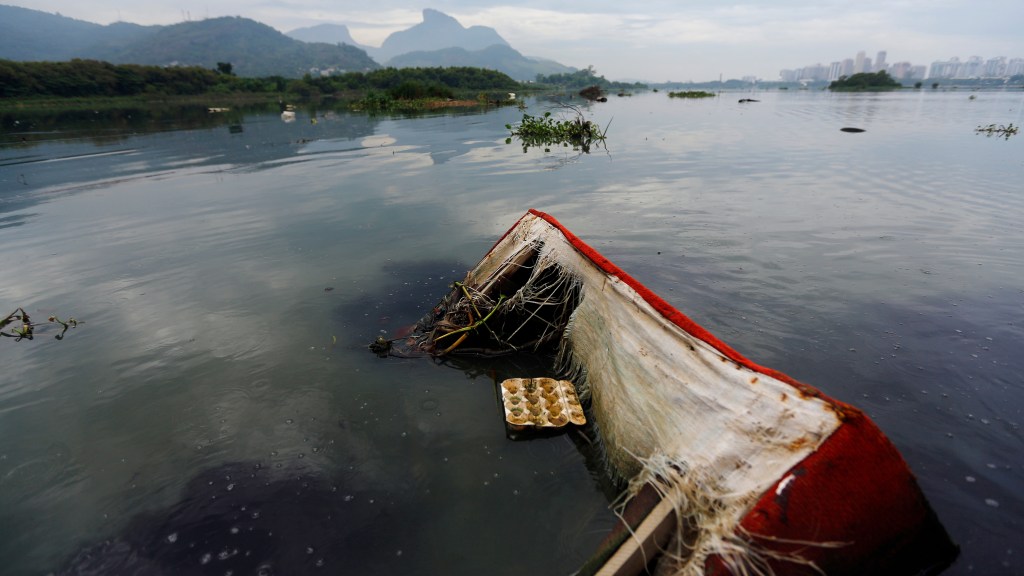 The 2016 Rio Olympics, still a year away, are already going to shit. The AP recently conducted an analysis of Olympic water venues and found them so polluted with industrial waste and raw sewage that ingesting just three teaspoons would put athletes at risk. This seems to have already come to fruition, as 13 Americans competing in Rio’s World Junior Rowing Championships, a trial run for the big games next year, have been sickened.

U.S. coach Susan Francia, a two-time Olympic gold-medal rower, said in an interview with the AP that 13 athletes and four staff members — including herself — suffered various gastrointestinal symptoms during the team’s two weeks of training in Rio.

Dr. Kathryn Ackerman, the U.S. team physician, said athletes from several other countries stayed in the same hotel as the Americans, but did not seem to get as sick as her rowers.

“I don’t know if it was the water bottles in the boats, or hygiene precautions that some athletes are really good about and others weren’t,” she said.

Officials did not rule out that the Americans could have gotten ill from food or drinking water.

While the Olympic venue could be changed, millions of Brazilians live near and use these polluted waterways everyday. Time reports that locals “joined with athletes at a weekend boat protest to pressure authorities to do more to clean the bay. The protesters included athletes and environmentalists but also fishermen who have lived and worked on the bay for generations.”

Of course, millions of Brazilians living in poverty with no access to clean water is less important than 13 American teens with the runs, so probably the Olympics will just change venues and the shit will keep on flowing.