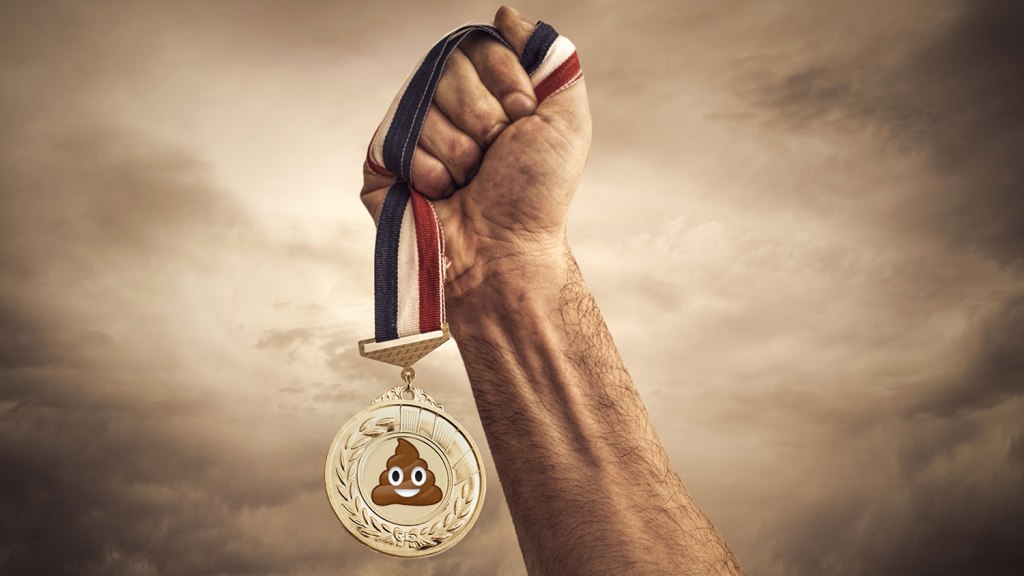 Talk about a shit show. An AP investigation has revealed that athletes in next summer’s Rio Olympics will be swimming and boating in bodies of water so rife with human feces that they’re likely to spend more time battling stomach cramps than time trials.

“What you have there is basically raw sewage,” said John Griffith, marine biologist at the Southern California Coastal Water Research Project. “It’s all the water from the toilets and the showers and whatever people put down their sinks, all mixed up, and it’s going out into the beach waters. Those kinds of things would be shut down immediately if found [in the US].”

The AP investigation found that not a single Rio water venue is safe due to high concentrations of viruses that target human intestinal and respiratory tracts and cause vomiting, diarrhea, and even heart and brain damage. The AP’s results were examined by Kristina Mena, an expert in assessing the risk of waterborne viruses, who estimated that ingesting just three teaspoons of the contaminated water could cause an infection.

This latest hitch should come as no surprise. Despite the popularity of the Olympic Games around the world, they’re not known for sustainability. Five thousand acres of forests and wetlands were destroyed for the 2014 Sochi Games — not to mention the documented human rights abuses and the two horribly unlucky Orca whales who were captured in the Sea of Okhotsk and were scheduled to be flown to Sochi for display until Internet outrage provoked officials to change their minds.

The head honchos at the International Olympic Committee, however, appear unconcerned. “We’ve had reassurances from the World Health Organization and others that there is no significant risk to athlete health,” Dr. Richard Budgett, medical director for the IOC, told the AP before pulling on a full body hazmat suit and diving in. “Nothing to see here!,” he said through his gas mask. “The water’s fine!” He then took 45 showers and doused himself with bleach while singing the Olympic theme song and trying not to barf.